‘My Degree Prepared Me for This’: Dalton State Offers New Online Degree

Melissa Wells knew she wanted to be a voice for those with the smallest voice – children.

But she wasn’t sure in which capacity she wanted to work with children.

“I wanted to make a difference,” Wells said. “I know that sounds cheesy and cliché but I wanted to contribute to society in a positive way. Children often need adults to advocate for them. I wanted to be their voice.”

As Wells tried to figure out in what capacity she would become that voice, she enrolled in Dalton State.

In the fall of 2009, Wells ended up in an Introduction to Criminal Justice class as an elective. 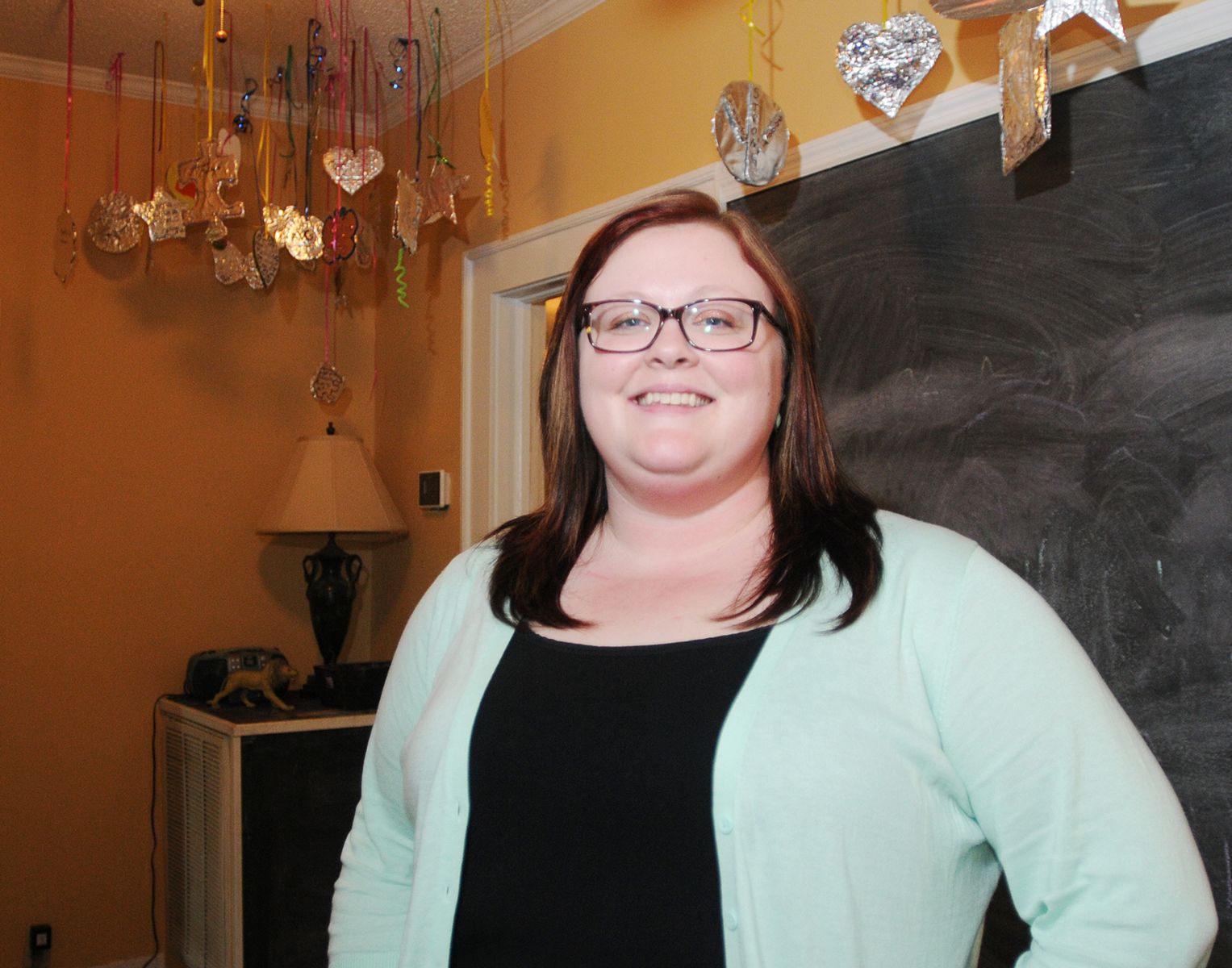 At the end of that semester, officials from the GreenHouse, a nonprofit child advocacy and sexual assault center in Dalton, spoke about the work the center does in the community. Then Wells’ professor asked her to consider taking Criminal Procedure the next semester. In the summer of 2010, Wells landed a job with AmeriCorps where she worked as a VISTA coordinator at the GreenHouse.

Wells knew then what she wanted to study – criminal justice.​

“I knew exactly what I wanted to do when I graduated,” said Wells, who works as a forensic interviewer at the GreenHouse. “I never in a million years thought I’d get into this line of work so quickly after graduation. I thought I would have to work longer toward this position. My degree in criminal justice from Dalton State prepared me and gave me the opportunities I needed to work here in this capacity.

Between working full time and spending so much time in the car commuting to class and work, Wells said she would have loved to have had the opportunity to take online courses.

People across the state will now have that opportunity as a bachelor’s degree in science in criminal justice will now be offered completely online by Dalton State through the University System of Georgia’s eMajor program. The degree is being offered online for the first time in the fall.

Students will have the opportunity to take courses all online, all on campus, or take a combination of both.

“This is a broad degree,” said Dr. James Wright, an associate professor of criminal justice and sociology, who heads the criminal justice program. “Anyone who pursues this degree would be ready for graduate school or law school. They would also be ready for a career in several areas, including probation, parole, law enforcement, and child advocacy. You’re not just pigeon holed into becoming a cop with this degree, although that is an option.”

Many of the faculty members of the criminal justice courses have backgrounds or currently work in the fields in which they teach, and many in criminal justice fields in the community serve on an advisory committee for the program to ensure the degree remains relevant. Dalton State also works closely with several agencies to help students land internships.

Dexter Kapur, a May 2014 graduate of Dalton State, first began his career as a police officer with an internship at the Dalton Police Department, where he is now completing his field training as a full-time officer.

“After a year and a half in business, I knew I wanted to do something I had a passion for,” Kapur said. “I knew after my internship with the Dalton Police Department I really wanted to become a cop. It’s something new every day; it’s exciting, and I enjoy helping people.” 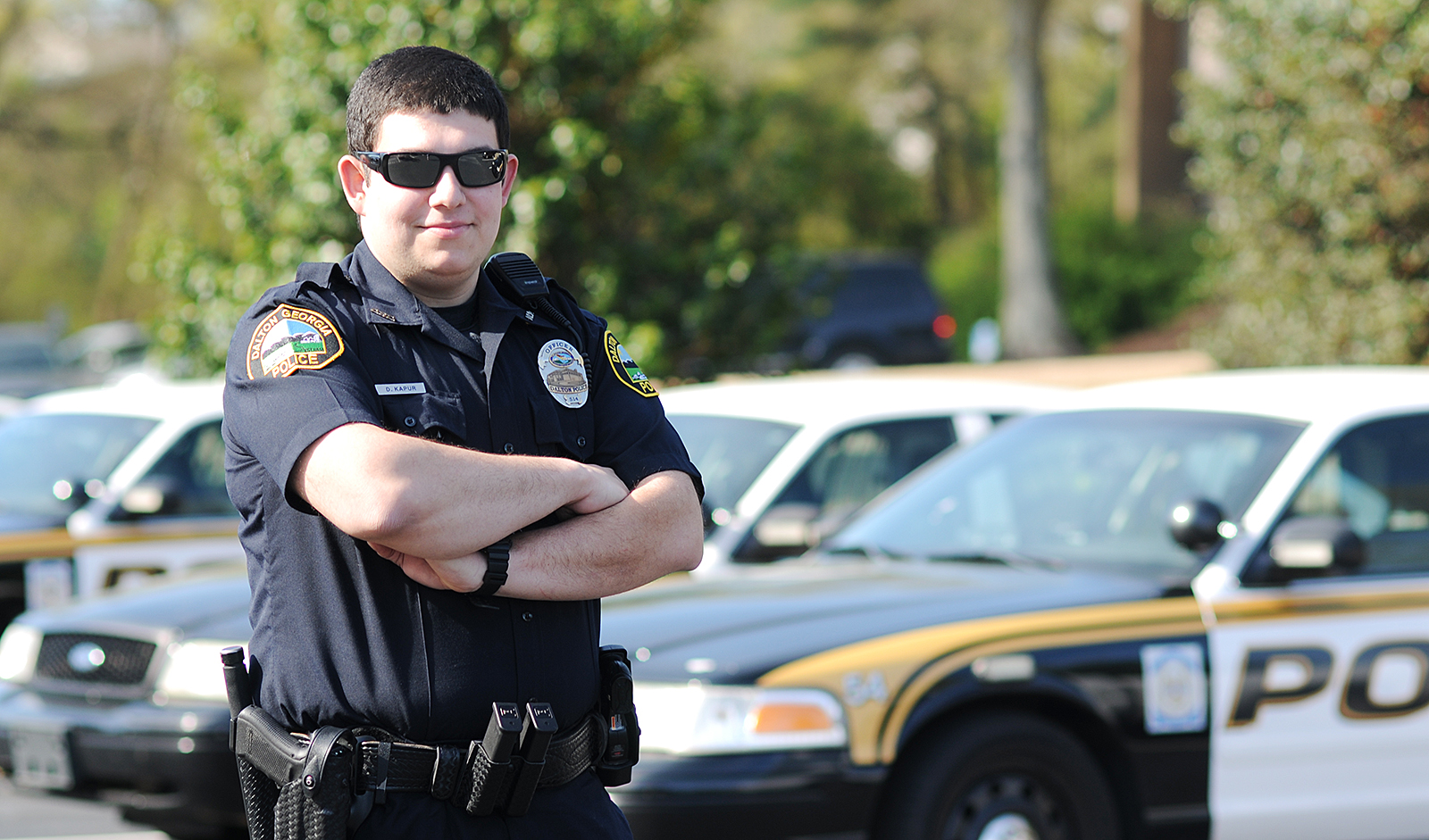 Though Kapur could have become an officer without getting a degree in criminal justice, he believes it gave him a better foundation and will give him a better chance at advancement.

“My degree prepared me for this,” he said. “A lot of what I learned at Dalton State was covered at the police academy, but in less detail. There’s also a monetary incentive to get a degree first. You start on a higher pay scale.

“I felt at home at Dalton State. I love that it’s a smaller school, and it has a great criminal justice program with great instructors with a lot of experience in their fields.”

Lt. Chip Whitfield of the Dalton Police Department is also a part-time instructor at the College.

“Pursuing this degree online is a great idea for advancement in law enforcement,” Whitfield said. “Our people work all kinds of different shifts. With an online degree, they would be able to work online when they are available. Promotions here within the department are contingent on degrees. You have to have a bachelor’s degree to become a captain. You have to have an associate’s to be considered for a sergeant or lieutenant.”

“The classes being taught at Dalton State are beneficial,” he said. “Students learn the basics in hands-on classes. We’ve hired several officers who have graduated from there. We get several interns from there. The program gets them off on the right foot.”

For some current law enforcement officers wanting to return to college, their prior training may lead to being awarded credit for certain courses.

Stephen Kennedy, who works for the Georgia State Patrol, is a newly enrolled student who is waiting to see exactly what courses he needs to take to complete his degree in criminal justice. He plans to take summer courses in person and fall courses online.

Those like Kennedy who have spent many years in law enforcement most likely qualify for credit based on what they’ve learned on the job. Each criminal justice students’ on the job training is reviewed carefully.

“My schedule varies daily. So it will be more practical for me to do online courses.”

For information about Dalton State’s online degree in criminal justice, contact Holli Goodwin at 706-272-4561 or hgoodwin@daltonstate.edu.