Dr. Kris Barton became so hooked on one show, he binge-watched 21 episodes within a 24-hour period.

And now, he’s taken that love of the show and turned it into an academic book. 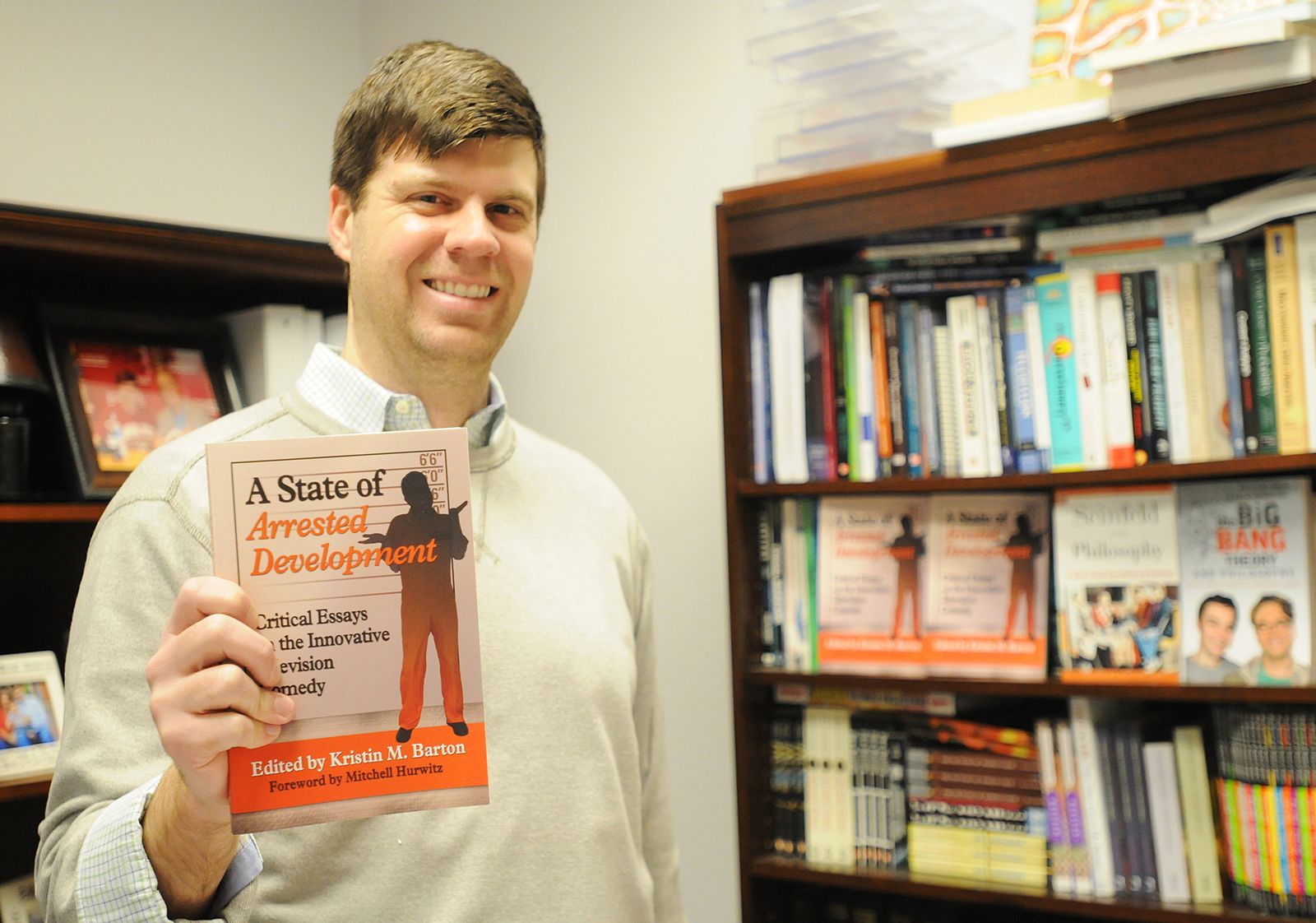 “I fell in love with Arrested Development in November of 2004,” said Barton, an associate professor and chair of the Department of Communication at Dalton State. “If I were limited to only watching one show ever for the rest of my life, this would be the one. I’d missed the first season, but had heard so much positive buzz about it that I bought it on DVD and caught up over a long Thanksgiving weekend. I’ve never watched a show that has more entertainment per minute than Arrested Development.”

The show ran for three seasons on Fox, from 2003-2006. It was canceled but was revived on Netflix for a fourth season in 2013. And there is a possibility the show will return for another season.

Part of what Barton’s book, “A State of Arrested Development: Critical Essays on the Innovative Television Comedy” explores is how the series has changed modern television.

“The book explores what made the series so unique and groundbreaking, from its atypical approach to the sitcom genre to its rebirth on Netflix,” he said. “The series has shaped modern television more than people realize, and it doesn't always get the credit it deserves.”

Barton’s book includes 15 chapters written by different authors about the show, known for its mocking and lampooning of many aspects involving society. The book deals with issues such as money, charity, environmentalism, politics, and comparisons to other revered works of fiction, such as The Godfather films, Shakespeare’s Hamlet, and Franz Kafka’s The Trial.

The book’s foreword was written by series creator Mitchell Hurwitz, and Barton says that’s his favorite part of the book.

“When I contacted him and asked if he’d be willing to contribute, he was enthusiastic and touched that I was interested in exploring his ‘little show,’” Barton said. “This is a guy that has won Emmy awards, runs his own production company, and was in the middle of preparing new shows, and he managed to put aside time to write this amazing foreword that is insightful and hilarious at the same time.”

Barton decided to “stake his claim” on a book about the series when he realized no one had done so from an academic perspective.

“I found a publisher, McFarland &Company, interested in the idea and I put a call out to see if anyone was interested in contributing to an edited collection,” he said. “The response I got overwhelmed me. I was unprepared for the number of people who are passionate about this show, and specifically how many academics had been itching to explore the show in more depth. With the number of submissions I got and the range of topics, I could have easily put together two books.”

The book is available through several retailers, including Amazon.