Dixie Highway opened the South to Northern and Midwestern tourists in the early 1900s. 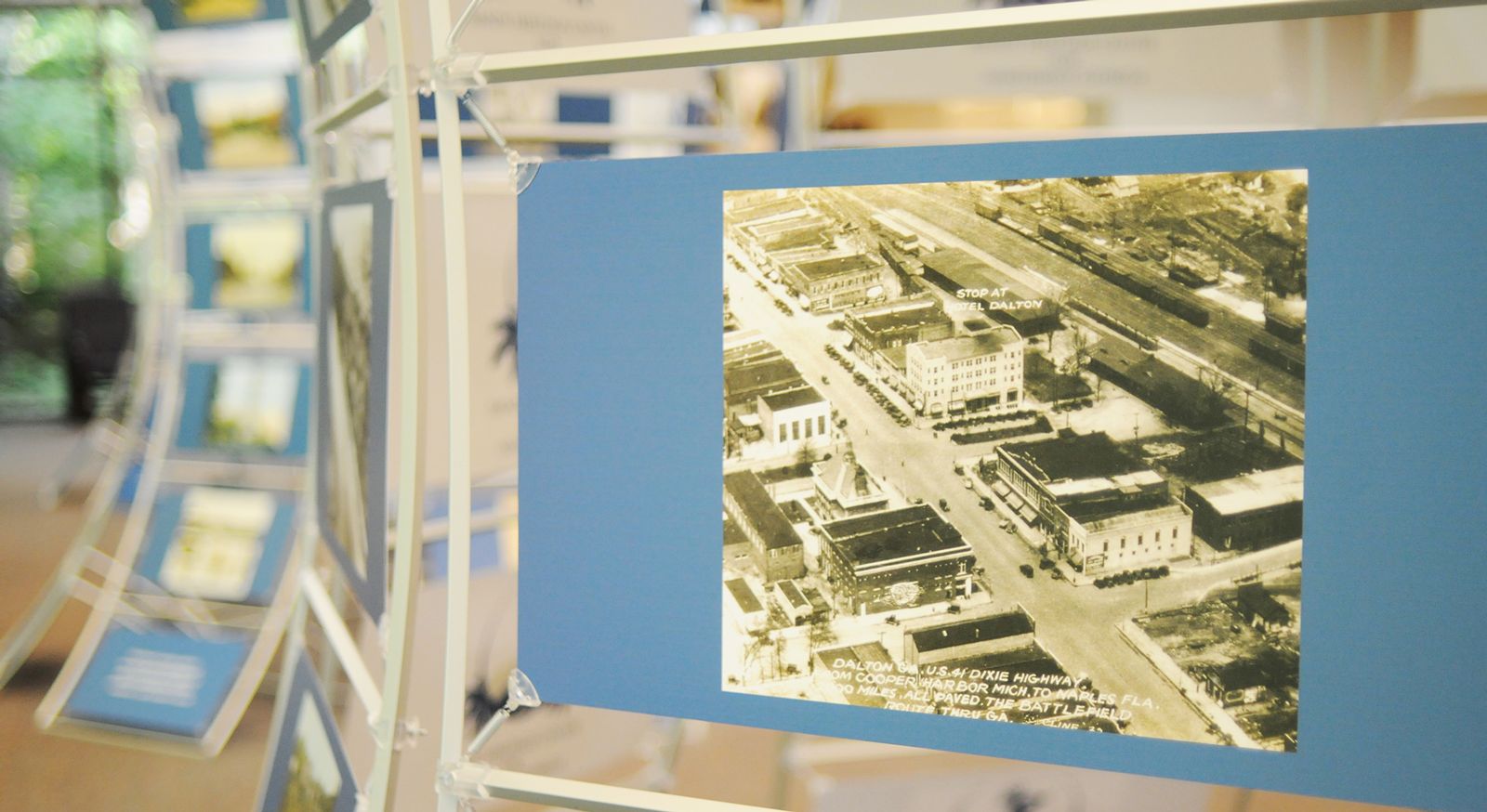 As a result, many interesting sites popped up along the network of roads that connected Michigan to Miami and everything in between.

The Bandy Heritage Center’s photo exhibit, “Gateway to the South: Remembering the Dixie Highway,” featuring the communities, businesses, and attractions along those corridors is currently on display through Sept. 30 at Dalton State’s Derrell C. Roberts Library. The exhibit is free and open to the public.

The exhibit features Edwin L. Jackson’s collection of historic photographs and postcards exploring the Dixie Highway. There are photos of people looking at a map for directions, photos of people pulling a car out of the mud with a team of horses, as well as beautiful scenery – both urban and rural.

“Dalton, was located along one of the old Dixie Highway routes and was part of what was known as ‘Peacock Alley,’” said Dr. John Fowler, director of the Bandy Heritage Center. “This was the section of road where chenille manufacturers sold bedspreads to northern tourists on their way to Florida. The Bandy Center also hopes to have a much larger exhibit on the Dixie Highway in the future that includes objects as well as photographs.” 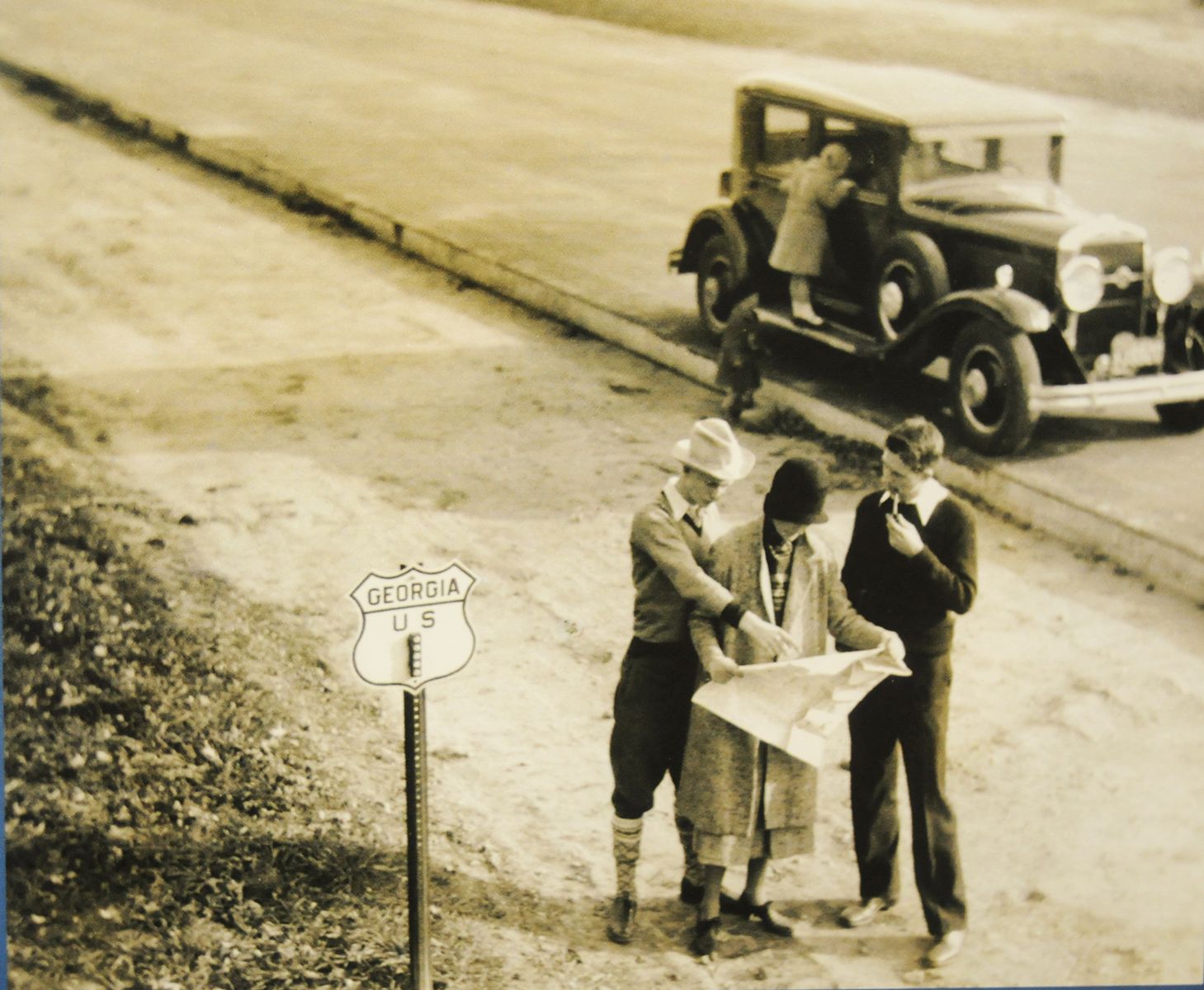 The chenille industry was a precursor to the carpet and floor covering industry that has sustained the Northwest Georgia economy for decades.

“We appreciate Bandy Center loaning us this exhibit,” said Lydia Knight, director of the library. “It should be interesting to those who want to learn more about our local history and the effect of the Dixie Highway and the bedspread lines on the local economy.”

The library is the first stop for this traveling photo exhibit. During the next year, it will travel around the state.