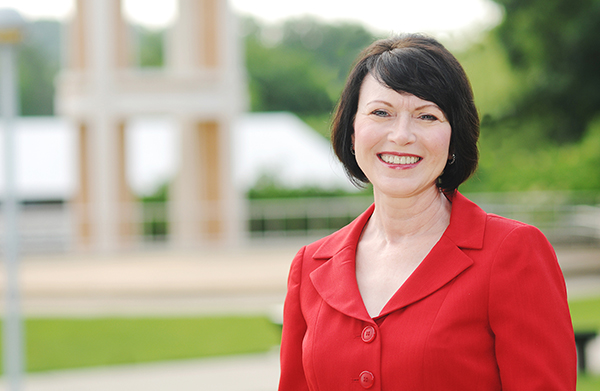 When Dr. Margaret Venable was named interim president of Dalton State, she was told she would only be here six months.

And that’s what she believed.

But Brooklyn Herrera and several other students expected her to be named president. So while they are excited to hear the news Venable was named president during a University System of Georgia Board of Regents meeting on Tuesday afternoon, they weren’t surprised.

Why? From the beginning of her time on campus, Venable took an interest in the students at Dalton State even when she thought her time here was only going to be a few months. Venable was appointed interim on Jan. 1, 2015, replacing former President Dr. John Schwenn who retired at the end of 2014. Her position as interim was then extended at the end of June.

“Even with a student body of 5,000 students, she learns our names,” said Herrera, who is the assistant director of the Campus Activities Board. “She’s always done a stellar job. She has made a personal choice to be involved. When our basketball team won the national championship, she jumped right in and celebrated and welcomed them home with us. That made an impression on me and a lot of the students here. She comes to campus events. She makes it a point to be involved.”

Venable knew from the first time she taught on a college campus she wanted to eventually become president of a college like Dalton State – small, close-knit, where everyone is known by their names, and students aren’t just a number. 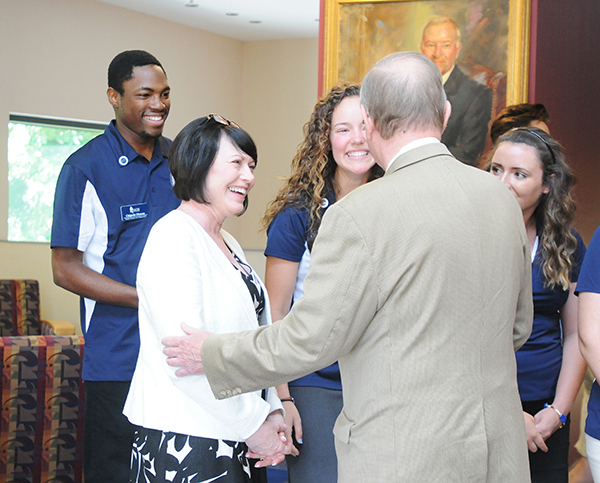 “I want to be at an institution where I can make a difference in the lives of students,” Venable said. “We, the faculty and staff and administration, are able to give our students personal attention. That’s my favorite thing about working on a college campus, getting to know the students. I am humbled and honored to be chosen. There is no other college I’d rather be president of.”

The students have noticed.

“She has taken an interest in us from day one,” said Will Skiffen, vice president of the Student Government Association. “She comes to our SGA meetings, gets to know us, and is involved in what we’re doing. Our college needs a president like that, especially as we continue to grow. She is a perfect fit. I can’t wait to see where we go from here.”

Venable has clear plans for Dalton State: to become a first-choice, destination school for students. She wants this to be a place where people want to come, and not a backup plan.

“I think building traditional residential housing will help us become that first-choice destination school,” she said. “I want to continue growing in that direction. I want to see us continue projects we’ve started – renovation of buildings, continue growing our academic and athletic programs – but also make updates to our intramural fields and our parking.”

A focus on enrollment is important, Venable said, because it’s a sign of a healthy college community. The same is true for retention and graduation rates – something else Venable wants to focus on.

“We want our students to choose Dalton State and stay here, be successful here, and graduate from here,” she said.

Becoming a Hispanic Serving Institution, which makes Dalton State eligible for federal grants for all students, is important because we serve the community, and our community has a large Hispanic population, Venable said. The current Hispanic population is at 23.5 percent. It must reach 25 percent to be named an HSI. 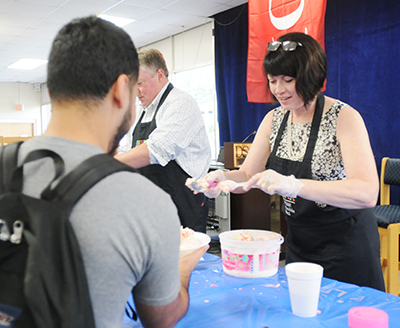 “I think I speak for everyone on campus when I say how pleased we are Margaret Venable has been selected as the fifth president of Dalton State,” said Dr. Jodi Johnson, vice president for Enrollment and Student Services. “As we approach the 50th anniversary of the College opening in 2017, I believe she is the right person to set the course of the College for the next 50 years. In her brief time here, Dr. Venable has already articulated her vision to make Dalton State the best state college in the University System of Georgia and to establish the College as a destination of choice for students all over Georgia.”

“Dr. Venable has been great to work with as she is very capable and astute in leading Dalton State,” he said. “The decision to make her permanent as president is great news for Dalton State and the Dalton community.”

Venable is glad and ready to make Dalton her home. She is already involved in the community, serving with the Archway Partnership and as a member of Rotary. She said the community has welcomed her from the beginning and has made her feel at home here.

Several on campus say they are ready to work with Venable in a more permanent capacity because of the positive impact she has already made.

“In the short time that Dr. Venable has been at Dalton State, she has greatly improved campus communication, made decisions more transparent, and opened her door to all of us,” said Dr. Mary Nielsen, dean of the School of Liberal Arts.  “I greatly appreciate her support of our theater and music programs and her interest in forming partnerships with the community.” 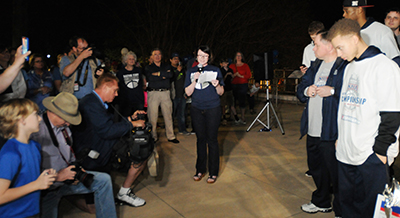 “I am very pleased that Dr. Venable is now our president,” said Dr. Randall Griffus, dean of the School of Science, Technology, and Mathematics. “I believe that we will continue to be the best state college and, under her leadership, we will be very responsive to the educational needs of the region.”

Gina Kertulis-Tarter, dean of the School of Health Professions, also echoed that sentiment.

“I am excited Dr. Venable is remaining at Dalton State,” she said. “During her time as interim president she has been very supportive of the School of Health Professions. I look forward to her continued support and to hear her vision.”

Before being named interim president, Venable served as provost and vice president for Academic Affairs at Gordon State. She has worked nearly 25 years in the University System of Georgia in several roles, including leadership roles at the University of North Georgia’s Oconee Campus and Georgia Perimeter College.

She holds a doctorate in science education from Georgia State. Her masters and undergraduate degrees are in chemistry from Georgia Tech and Agnes Scott College, respectively.