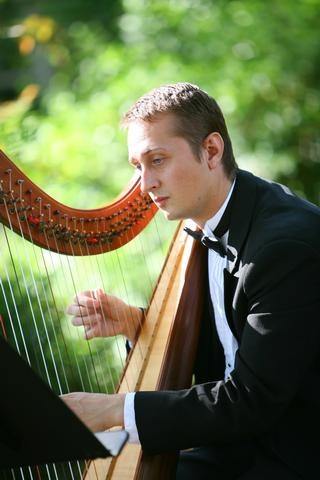 Adrin Akins, a Dalton native and countertenor, returns home for a concert at Dalton State Thursday, Oct. 8 at 7:30 p.m.

“It’s such a rare opportunity to hear a countertenor at all, especially in recital,” said Dr. Ellie Jenkins, assistant professor of music who organizes the concerts on campus. “Even in large cities like Atlanta, this is not something you could hear on more than an occasional basis. This is a great opportunity for Dalton area music fans to hear a type of singer that’s unusual today, but absolutely the most sought after in the time of Handel and Bach. We’re very fortunate that Dalton State has attracted such a performer.”

Countertenor voices, which have a higher range, inspired many composers to create both sacred and secular pieces. Akins’ recital covers a wide spectrum of styles and time periods of the vocal repertoire including early Baroque to 20th century composers. There will be arias from Baroque and Bel Canto periods, German Lieder from three master composers, French chansons, and 20th century art songs.

“This program demonstrates the vast colors and abilities of the countertenor voice,” Jenkins said.

Akins has sung with many choral groups including New Trinity Baroque, Atlanta Schola, Uncommon Practice, and is a member of St. Bartholomew’s Episcopal Church.

He is often a guest soloist with Lauda Early Musicum as well as a frequent recitalist in the Atlanta Area.

The recital will be in the Goodroe Auditorium and is free and open to the public.