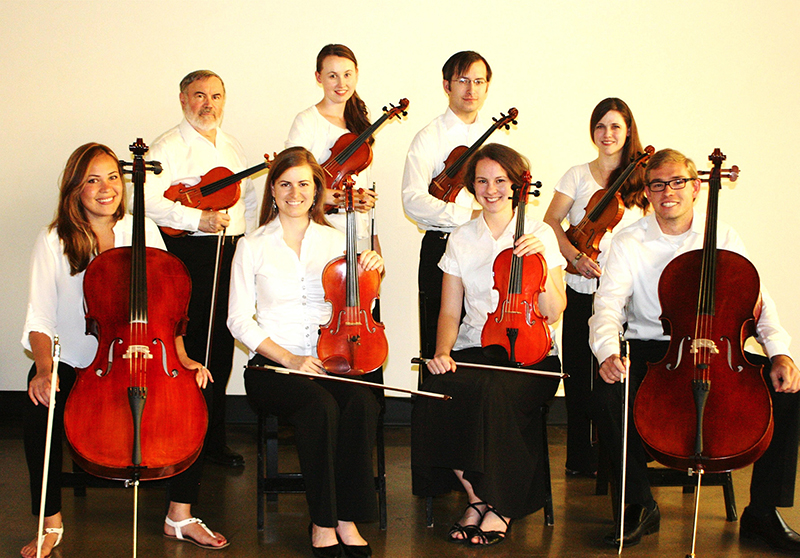 A night of classics such as “Amazing Grace,” and medleys including “Shenandoah” and “The Water is Wide” is just around the corner at Dalton State College.

The L’Abri String Ensemble will play Thursday, Oct. 22 at 7:30 p.m. in the Goodroe Auditorium. The event is free and open to the public.

The ensemble formed in 2012 under its parent organization, the L’Abri Symphony Orchestra. Both are faith-based, volunteer musical groups made up of professional and amateur musicians.

"I'm glad we're able to host the L'Abri String Ensemble in concert this fall. We've been trying to work something out with them for several years,” said Dr. Ellie Jenkins, assistant professor of music, who organizes the concerts on campus. “Obviously we can't accommodate the entire orchestra, so the string ensemble is a nice substitute. I'm always so pleased when Dalton State can showcase the talent and organizations that are so close to home."

The ensemble exists to improve musicianship through ensemble playing and to bring string music to the public, but in small venues where the full symphony cannot go.

Jim Burdick, concertmaster of the symphony, founded the ensemble and directs it. He also writes all arrangements for the musical selections.

The group is a double string quartet, but isn’t limited to that format, Jenkins said. The lead violist, Evelyn Boullain, is also a first-rate pianist and a first violinist; Miranda Kovac, also sings. Both these talents have been integrated into concert programs.

The ensemble and symphony are supported by corporate and individual sponsors.

Current Members of the ensemble are, Jim Burdick and Miranda Kovac on violin one; Hannah Cochran, Sahar Walters, and Lane Moore on violin two; Evelyn Boullain and Abigail Cochran on viola; and Cecilia Pressnell and Jason Cochran on cello.