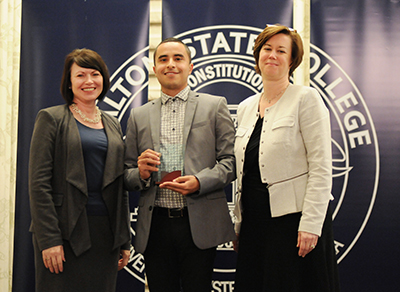 “The Student Leadership Awards Banquet is one of my favorite events of the year,” said Stephani Womack, Coordinator for Orientation and Leadership in the Office of Student Life. “We have the chance to honor our most inspiring students here at DSC. The winners do incredible things for our community, but each person nominated is so deserving of the award. It’s a great chance to get everyone together to celebrate all of their accomplishments.”

The Leadership Awards are handed out annually to the College’s most hardworking and excellent student leaders, student organizations, faculty, and staff members. Each recipient is nominated for their contribution to campus life.

The Spence Higgins Hall of Leaders Award for Excellence in Service and Leadership is named in honor of the first student body president of Dalton State College, the late Spence Higgins. The award is given to a select group of graduating seniors who have demonstrated excellence in campus life involvement. Each student has shown full commitment to the positive enhancement of Dalton State College. The recipients of the Spence Higgins Award this year were Cristina Pena, Katherine Fromm, Brooklyn Herrera, and Jose Gonzales.

The Shooting Star Award was presented to Viviana Roqueta, Roniqua Wright, Chigozie Obonna, Hannah Ellie Bradford, Dustin Arnold, and Felicia Shorey. The Shooting Star Award for Outstanding Student Leadership is given to select students with 60 or more earned credit hours who have shown dedication to involvement in campus life and who have exemplified a commitment to enhancing Dalton State. 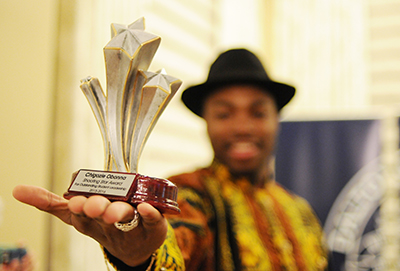 This year’s recipients of the Shining Star Awards were Deshawn Ruffin, Autumn Hooton, Sarah Lowman, and Drew Serrette. This is given to students who show strong dedication to involvement on campus, and it is for students with 30 or more earned credit hours.

The Volunteer of the Year Award was presented to Jose Gonzales. Recipients of this award must have a minimum of 60 hours of service with non-profit organizations.

The Student Employee of the Year Award is presented to one student employee who has exemplified professionalism, dedication, and a strong drive while being employed at Dalton State College. This year, the recipient was Catherine Hickey.

Beta Chi Nu, the Dalton State chapter of the Beta Beta Beta national biology honor society, was recognized as the Registered Student Organization of the Year. The RSO was chosen for advancing the collegiate experience of Dalton State students beyond the classroom. 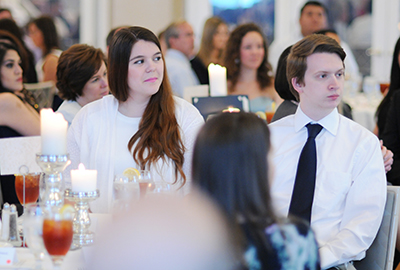 This year’s Advisor of the Year Award was presented to Elizabeth Lucht. Recipients of this award have gone above and beyond the basic requirements of an advisor. The nominee must be an advisor of an official student group.

The recipient of the award for Outstanding Community Service Project was Dalton State’s Environmental Club, and their winning community service project was the Chestnut Restoration Project. The award recognizes students who reflect the ideals of good citizenship through service to the community.

This year’s recipient of the Outstanding New Event Award was presented to Campus Recreation for their Halloween Bash Flag Football Tournament.

The recipient of the Outstanding New Initiative Award was Beta Chi Nu with the ColorCycle initiative. These students sponsored the most innovative, creative, or ground-breaking event, project, or program at Dalton State College.

Receiving the Dignity of Difference Award was Laurely Caycho. This award goes to students who have made significant accomplishments in promoting the principles of academic excellence, inclusion, and diversity on campus.