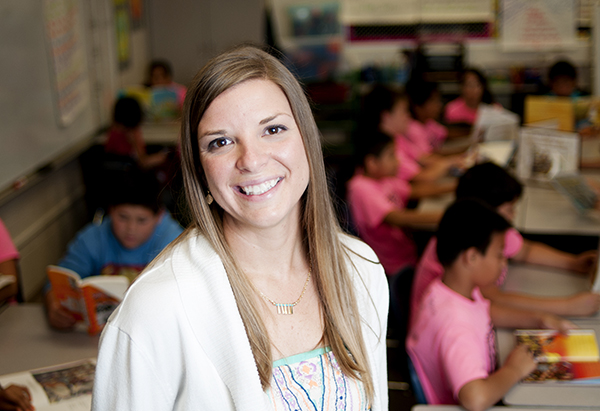 Malisa Cawood was just about to give up on her plans.

The spring 2010 graduate of Dalton State College’s School of Education had thought her path was to teach overseas, at least for the first few years following graduation.

But her path continued to be blocked.

A message from an acquaintance reopened the path in the fall of 2010, and within four weeks she arrived at a Christian boarding academy in Ethiopia ready to begin her first year as a teacher.

“I knew I wanted to be a teacher,” she said. “Dalton State’s program prepared me to do this. And that experience in Ethiopia made me fall in love with teaching.”

Her background at the College and her time in Ethiopia contribute to the success she has had now as a fifth-grade teacher at City Park Elementary in Dalton Public Schools.

Cawood continues to find ways to improve the lives of her students and the lives of students in the Dalton area. She is a volunteer at the City of Refuge as the director of education, and through that position she secured a grant and developed a summer literacy program.

“Malisa is a godsend,” said Pam Cudd, director of City of Refuge. “She’s making a huge difference in the Dalton community. We want people who have passion and drive. And she definitely does.”

Jason Brock, principal of City Park, says Cawood uses her passion and expertise to be an instrument in the community.

“One thing that helps her is that she is familiar with a diverse community, which Dalton is,” Brock said. “Dalton State is a picture of that diversity. She has been exposed to that. And I see her global view from her experience in Ethiopia. She has a broad world view and she wants to make an impact in any way she can.

“And she is a young teacher. I think we will see a lot of great things in her future.”

“Dalton State prepared me professionally,” said Cawood, who also now holds a master’s degree from Georgia State. “I was never nervous about my role as a teacher because Dalton State does a good job preparing you for that. I felt confident and I had lots of leadership experience at Dalton State, volunteer experience, experience working with different types of people. All that helped me learn confidence and leadership skills. The people I worked with and the professors committed time and effort to making me great.”

Cawood hadn’t originally planned to stay at Dalton State long. She chose the College because it was close to home and affordable.

Those plans changed after Cawood became involved in student life.

“It was no longer ‘when can I transfer,’” she said. “It was ‘I never want to leave Dalton State.’”

Cawood worked as one of the first resident assistants on campus in 2009 when the College acquired the Wood Valley Apartment complex, which served as on-campus housing.

Cawood was president of Baptist College Ministries and Kappa Delta Pi, the international honors society for educators. She was also chosen to be the commencement speaker for graduation in the spring of 2010. 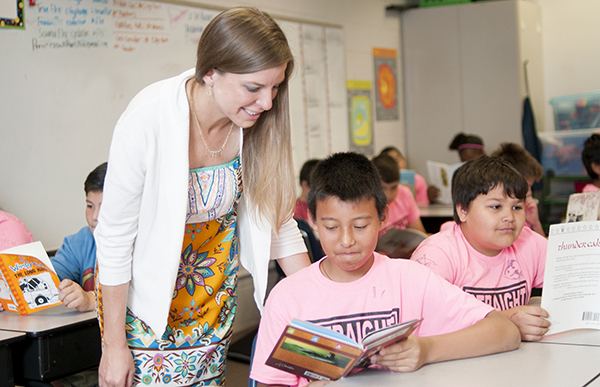 “She was always confident but not to the point of arrogance,” said Dr. Sharon Hixon, dean of the School of Education. “She was receptive of the feedback we gave her. We had a working relationship outside of the classroom since she was the president of Kappa Delta Pi and I was the faculty advisor. She was mature beyond her years and had drive to succeed. Our relationship actually grew after she graduated.”

“When Malisa knew she was leaving to teach overseas, she came to me to talk about her curriculum and lesson plans,” Hixon said. “While she was abroad she would email me questions. Then when she returned home on vacation during her time in Ethiopia, she came back to speak to our students about her experience.”

“We have a lot of current and former students doing amazing things, and we don’t always hear about it,” Hixon said. “We hear about Malisa. She is making a huge impact in our local community.”

Because of Dalton State’s low tuition and fees, Cawood said she graduated with no debt, leaving her financially able to begin her career teaching abroad.

“The Dalton State Foundation awarded me two scholarships that helped,” she said. “I could not have left the country to teach had I not been debt-free at graduation.”

‘Not in America Anymore’

Cawood graduated from Dalton State during the recent economic recession, a time when teachers were not in high demand.

Though she was successful in her student teaching at City Park, she knew she would not be hired there right out of college because there were no positions open.

“I had peace about teaching overseas,” she said. “I knew it’s what I was supposed to do. It was scary – I didn’t know anyone who lived in Ethiopia. People there speak very little English and I hadn’t learned any Amharic because I had only had four weeks to prepare to live there.”

A woman Cawood had never met before picked her up at the airport in Addis Ababa and took her on a 45-minute drive to Bingham Academy where she would begin teaching first grade immediately as a missionary.

“I was looking out the windows thinking, ‘I’m not in America anymore. I don’t see anything that looks familiar,’” Cawood said. “For the first time in my life, I was in the minority. As I got into bed that first night it hit me that this was my life. It didn’t feel like home, but it was my home.

“I had students there from Ethiopia and other African countries, as well as European countries. The demographics at the school were so cool. Those students taught me so much about teaching.” 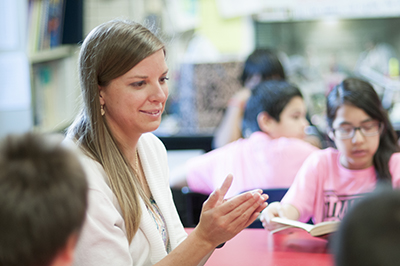 Cawood has been at City Park three years now, since she first returned from Ethiopia. Her job is rewarding, and she loves teaching fifth grade.

“The students are a little more independent,” she said. “You can really see their personalities emerging. I love the content I get to teach them too, and the books we read at this grade level are great.”

Cawood likes to teach students whose second language is English. Not all her students speak Spanish at home as their first language, but many do. She’s currently learning Spanish to help her better communicate with her students’ families.

But it’s also teaching her what her students face when coming to an English-speaking school.

“It’s cool for me to go through,” Cawood said. “It’s giving me ideas on ways I can relate to them while they’re learning English better. I have so much respect for them. I had a boy in August that didn’t know any English. I got to watch him grow. I got to see him feel proud of what he’s done.”

Cawood helps students on their individual levels, said Brock. She gives them skills and helps them learn to solve problems so that they will be successful throughout the rest of their education, he said.

“When I walk in her room, it’s all about collaboration,” he said. “You know it’s about the students in there. It’s a great classroom environment.”

Making the World a Better Place

Even though Cawood is giving back to her community by teaching, it wasn’t enough. She was longing for the sense of community she developed in Ethiopia.

She found what she was looking for when she began volunteering at City of Refuge, which addresses the needs of the disadvantaged in the Dalton community through temporary housing, emergency shelter relief, education and mentoring classes, youth ministry, food services, and more. She began as a volunteer with the nonprofit agency’s youth ministry program. But she soon became the director of education.

“I work with at-risk students,” Cawood said. “Research shows the biggest difference in an at-risk student who is successful later in life is that they had one person willing to help them. I want to help them prepare for a career, whether they need further education or not. It’s the best thing I can do to help these students.”

The agency received a Dollar General Literacy grant to create a summer reading program. Priority was given to elementary-aged students who were not reading at their grade level. Cawood worked with Alice Ensley, the primary district trainer for the Literacy Collaborative in Dalton Public Schools, to develop a curriculum and gather materials. Brock allows City of Refuge to use space at City Park for the program. 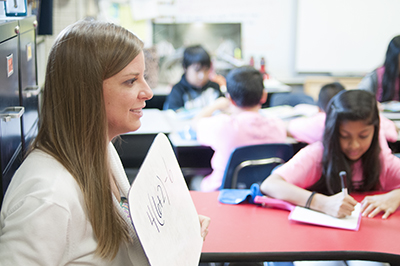 The program helps children catch up to the reading level of their peers. Small groups are led by teachers and students from Dalton State who have volunteered for the summer.

“I’m confident we’ll see a reading growth over the summer,” she said.

“The program benefits the entire community,” Brock said. “We want all our teachers to be as involved in the community as Malisa.”

There are 60 students participating in the literacy program. In addition to that, Cawood is a tutor and a mentor to students at City of Refuge, Cudd said. She also reinforces the idea of continuing their education past high school, she said.

“Malisa was a miracle,” Cudd said. “She has changed the dynamic for us. We’re so thankful for her.”

Volunteering provides Cawood with a different kind of fulfillment from teaching.

“This is part of my faith,” she said. “I believe in serving others with the gifts and passions we have. If everyone would use the gifts and talents they are given this world would be a better place.”