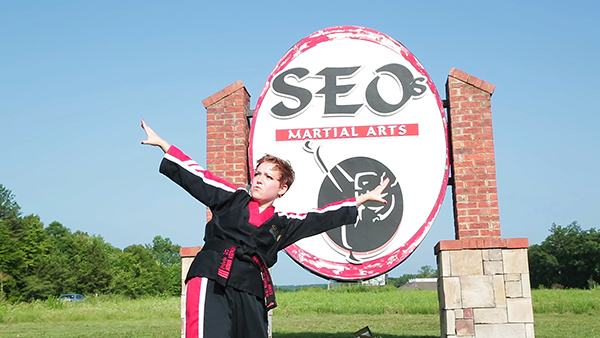 What started with Dalton’s inclusion on a list of America’s Most Stressed-Out Cities has ended with a viral video that has the manufacturing town getting down to the beat of Justin Timberlake.

“‘Carpet Capital Cuts a Rug’ is Dalton State’s love letter to the community,” said Pam Partain, director of Marketing and Communications at the North Georgia college which produced the video. In its first 24 hours of release the video has been viewed more than 150,000 times on Facebook and has been shared more than 5,000 times.

“The economic recession hit Dalton especially hard, but we were smacked down again when Huffington Post named us one of ‘America’s Top 10 Stressed Cities’ in an article last April,” she said. “There was a desire at that time among some community leaders to create a video sharing the positive side of life in the Carpet Capital.”

That idea incubated with Jonathan Marks, Dalton State’s marketing manager, and bubbled up this summer after the tragedy in Orlando, coupled with divisive political rhetoric compelled him to use the power of video to set the record straight on the town where he earned his degree in 2011.

“My vision was to create a ‘goodwill campaign’ for the city of Dalton,” said Marks. “My belief is that this type of project will lift and inspire our region, promote togetherness and inclusivity, and further blur the lines between the College and the city of Dalton while showing others that our attitudes and hopes are not what they may seem by economic standards alone.” 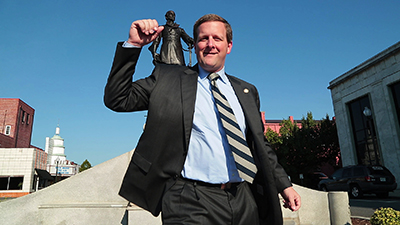 The Timberlake single “Can’t Stop the Feeling” was a natural choice for the project, in part because Timberlake released rights to use the song at no charge for projects just such as this.

Marks enlisted the help of Krystal Tee, a Dalton State senior majoring in marketing and student worker in the College’s marketing department. Together they solicited talent to appear in the video; it’s a diverse mix of Dalton State students, community leaders, and working folks. The participants range from talented dancers to well-intentioned wannabes demonstrating varying degrees of skill and rhythm.

“As I met every dancer, I could feel the true energy and excitement that people have for the city of Dalton,” Tee said. “This was my first big project with Dalton State, and I was simply amazed by the number of responses from the city. I think this video will really LIFT up the fun-loving community we have in Dalton like you’ve never seen before.”

“With so much ugliness in the world today we just wanted to create something fun and happy and proud and positive,” Partain said. “We hope this video accomplishes that.”