Dalton State’s School of Business Named for Donor and Alumnus 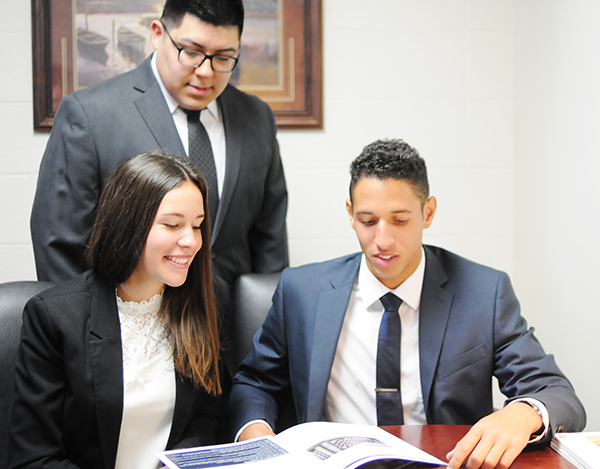 Dalton State alumnus and local philanthropist C. Lamar Wright, class of ’69, and his wife, Ann, have made the largest personal gift in the College’s history.

“The Wrights have pledged $5 million in support of expanding and renovating Dalton State’s School of Business,” Dalton State President Dr. Margaret Venable said. “We have leveraged this unprecedented gift to secure an additional $5 million from the state of Georgia in order to proceed with a $10 million project that will bring our School of Business facilities into the modern era.”

The project to renovate and significantly expand the current Gignilliat Memorial Hall to house the School of Business is expected to begin next year.

“In honor and recognition of the Wrights’ wonderful gift, we recently petitioned the University System of Georgia Board of Regents to allow us to name our business school the C. Lamar and Ann Wright School of Business,” she added. “We are thrilled that the Board approved the new name this week.”

College officials worked with the local legislative delegation and the Board of Regents during the 2016 legislative session of the Georgia General Assembly to include the expansion and renovation project in the state’s fiscal year 2017 budget. Gov. Deal signed that budget into law last spring.

Plans are to transform Memorial Hall, a 45-year-old general education building, into a new and vibrant business building, said Dr. Larry Johnson, dean of the Wright School of Business. Architects will meet with faculty, staff, and students for a visioning process before plans for the building are finalized. Preliminary talks have included expanding Memorial by several thousand feet, he said.

“The vision is to make the facility a catalyst for innovation, collaboration, and data-driven decision-making and will include common areas, computer labs, team rooms, and collaborative space,” he said. “The School of Business is here not only to serve our students but to become the center of business education throughout the region. This generous gift and matching funds from the state will help us achieve this goal. The gift from the Wright family will propel our AACSB-accredited school to an even higher level in preparing students to become business leaders in our community.” 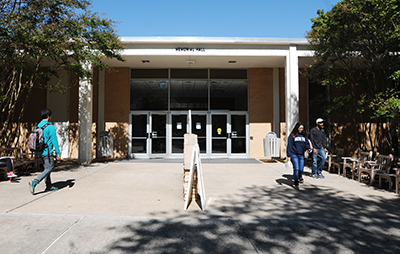 “This gift coupled with the renovations positions the School of Business to offer students at Dalton State opportunities that model some of the best business schools in the country,” she said. “Students are exposed to business practices by expert faculty that provide a high level of experience at an affordable price.”

“We are extraordinarily proud of this singular act of philanthropy that Ann and Lamar Wright have shown to Dalton State,” said David Elrod, director of the Dalton State Foundation. “And to have such a significant gift come from an alumnus who was a member of the College’s first graduating class in 1969 just makes this all the more meaningful.”

Wright was one of the College’s first 524 students when the campus opened in September 1967. He graduated two years later and then transferred to the University of Georgia where he finished his degree in business.

A native of Cedartown, Wright met his future wife, Ann, when the two were adolescents attending a 4-H camp. Ann was from nearby Aragon, also in Polk County. 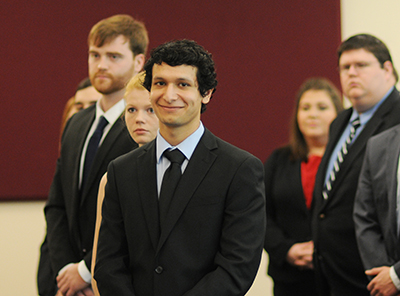 The late Gibb Watts, a local banker who served as a mentor to Wright, encouraged the newly-minted college graduate to start a business of his own. Wright began Apollo Textiles in 1973, distributing carpet backing, fiber, and packaging. Wright sold the company in the late 1990s. He has been involved in agriculture, banking, and real estate since then.

“The examples of Ann and Lamar Wright are inspirations to all of us,” Elrod said, citing the couple’s involvement in many local organizations, including their church, the Boy Scouts, the Fellowship of Christian Athletes, the Dalton-Whitfield Regional Library, Hamilton Medical Center, and numerous school PTAs and other civic groups.

“The good things they do in our community – and there are many – they typically do quietly and without fanfare,” Elrod said. “They did not seek this recognition, but they graciously permitted us to announce their gift and naming of the Wright School of Business so that it might encourage others to consider how they might be part of the good things happening on campus.”

Individuals wishing to learn more about philanthropic opportunities at Dalton State may contact Elrod at 706-272-4473.