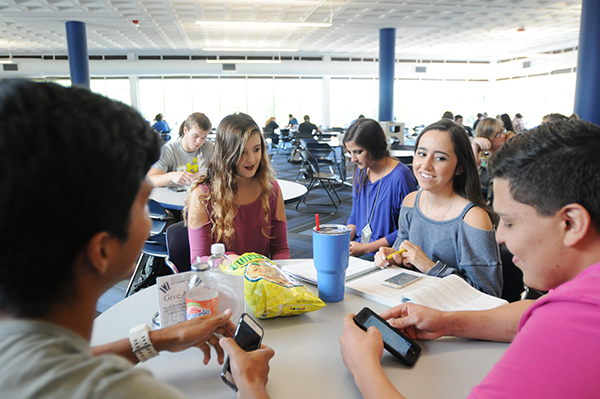 For the second consecutive year and the fourth consecutive semester, enrollment at Dalton State has continued to rise, up nearly 3 percent over fall 2015.

Fall enrollment was up in 2015 for the first time since the Northwest Georgia area suffered in the economic recession and since the College dropped its technical division to focus on baccalaureate programs.

The College has continued to add more bachelor degree options for students and continues to provide students with new amenities on campus, such as the renovations at the Pope Student Center and the Health Professions Building, as well as the newly constructed on-campus housing, Mashburn Hall. An expansion and renovation is planned for the Wright School of Business.

“I believe a number of factors have contributed to our increase in enrollment,” said Dr. Jodi Johnson, vice president for Student Affairs and Enrollment Management. “Our dual enrollment numbers have increased 68 percent from fall 2015 to fall 2016, and both our retention rate for first-time freshmen and our graduation rate have continued to along a positive trend line. These key performance indicators are reflective of the campus-wide efforts to improve student success rates.”

Dual enrollment – in which high school students take courses at the college level – has reached 380, up from 250 last year. More college classes are being offered on site at high schools in the area as well. 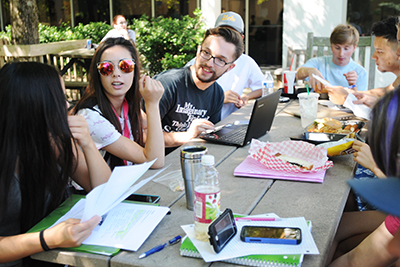 In addition to the general enrollment rising, Dalton State’s Hispanic population has risen to 24.3 percent. At 25 percent, Dalton State will be eligible for the federal designation Hispanic Serving Institution, which could result in grant dollars that would benefit the entire student population. The College is on track to be the first in Georgia to reach this designation.

“I am grateful and proud that we continue to serve more students this fall than we did last fall, and I am especially proud that we are now within a fraction of a percentage point of achieving the level of Hispanic/Latino enrollment required to be officially designated the first Hispanic Serving Institution in Georgia,” said Dr. Margaret Venable, president of the College.