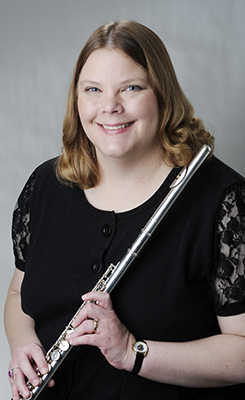 It’s not often a tuba and flute are in concert together performing songs ranging from Paul McCartney’s “Blackbird” to Bach’s “Sheep May Safely Graze from Cantata No. 208.”

“It’s a rare opportunity to hear these two instruments, the opposite extremes of orchestral timbre, performing together in music written especially for this combination,” said Dr. Ellie Jenkins, assistant professor of music, who organizes concerts on campus.

Ronda Benson Ford, on flute, and Bill Pritchard, on tuba, will perform on Friday at 7:30 p.m. in Dalton State’s Goodroe Auditorium. The concert is free and open to the public.

The two will perform an array of music, including Bach, David Uber, and Phillip Bimstein. Bach’s “Orchestral Suite No. 2 in B minor” was a piece of stylized dance, which was intended for listening and allowed for more musical elaboration and ornamentation than it would have been possible in a floor dance, Jenkins said.

Uber’s “The Giraffe and the Bear” was written to highlight the treble and bass sonorities of the flute and tuba. Bimstein’s “Cats in the Kitchen” was scored for flute and oboe, simulating meows, purrs, cracked eggs, and many other sounds associated with the kitchen. The flute and oboe playfully weave sounds and imitate cats. Ford has adapted the piece to be played by a flute and tuba. 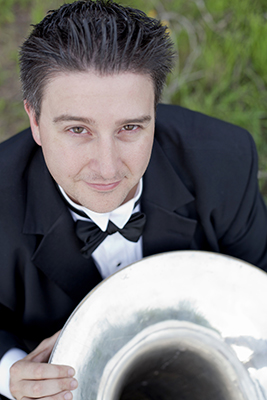