Part of His Being: Jose Gonzales Has Unlimited Compassion 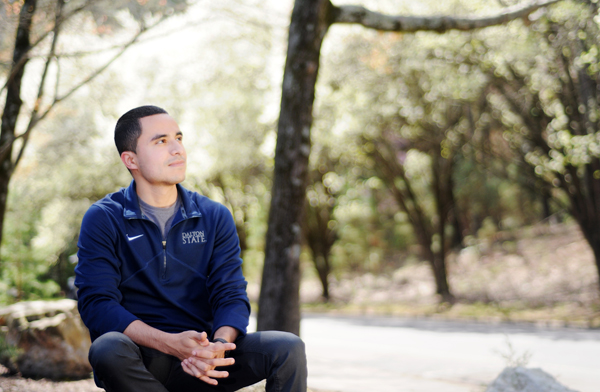 Jose Gonzales gives many children what is missing from their lives – a positive male role model and a chance to be a kid.

Gonzales is on track to graduate from Dalton State this spring with a degree in psychology. He is leaving a noticeable footprint on the campus as a student and a leader, said Dr. John Gulledge, associate professor of psychology.

But it doesn’t stop there.

Gonzales has volunteered nearly 140 hours at the Northwest Georgia Family Crisis Center, a nonprofit agency that assists victims of domestic abuse in numerous ways. He works with the children at the center and has for the past several years. He recently received the United Way of Northwest Georgia’s Connie Woodward Award for his service.

Compassion is a quality that is ingrained in him; it’s part of his being, said Amanda Cunningham, assistant director for the crisis center.

“These children get to see that all males are not like what they’ve witnessed,” Cunningham said. “For him to be able to sit with 7- and 8-year-olds and let them be kids again is great. He sits and talks with them about sports and cartoons. He’s learned a lot about ‘Doc McStuffins’ because that’s what some of the younger kids want to talk about. 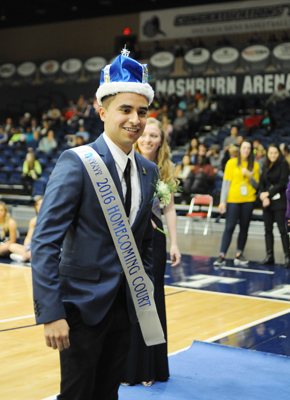 “Jose is not replaceable. He gives every moment he can, not to the center, but to these children. That’s something in you. It’s a calling. He’s there for the cause.”

Gonzales has long-term plans to work with adolescents who need professional help. Specifically he is looking at the idea of working with teens in helping them identify problems in their lives and how to help them through them.

Being at the center has helped him realize and focus on that goal.

“I’ve always liked the idea of behaviors – why people do what they do,” Gonzales said. “I enjoyed psychology as a subject matter. What I saw at the crisis center is that I prefer to work with kids that have different experiences. The cards they were dealt aren’t always the best. But they’re still kids.”

It isn’t an easy field. He sees children who have been forced to grow up too fast because of life circumstances and who have to witness or endure abuse in many forms. He’s seen children struggling with post-traumatic stress disorder, who have pulled knives on their parents after experiencing PTSD triggers.

“I’d be lying if I say my heart doesn’t break at least once a week,” Gonzales said. “There are times I break down and cry in the car on the way home. Life isn’t fair. But I volunteer because I love to. I go there every Thursday to play with the children while their mothers are in therapy. And I go there more often as needed for events or other occasions. I’m really into the whole human experience and I like to help people who can’t help themselves or don’t know how.”

Even though Gonzales graduates in May, he still isn’t completely sure what his future holds. There are several options.

With a psychology degree, he is looking at an array of career choices – including many in the social service agencies. He has also applied to graduate school. 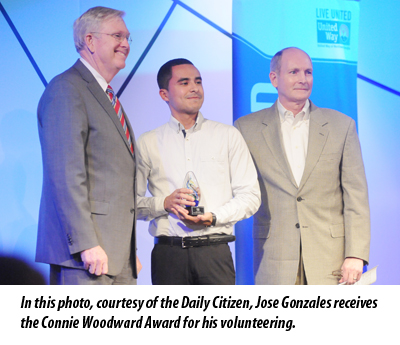 Whatever he chooses, he plans to continue volunteering in some capacity.

Gonzales has proven he has no problem juggling all of his involvements, school, several jobs, volunteering, and being a lecture assistant for two classes.

“Jose is an exceptional student who will succeed,” Gulledge said. “He’s always there, eager, and ready with questions. He is probably the most generous person with his time I have ever known. He knows how to study and be prepared for class without failing to meet his other obligations inside and outside college.

“He makes other people around him better. He brings other students up to a higher level. He challenges his professors. He motivates everyone around him. And Jose is such a warm person. He is going to leave footprints all over this campus. Dalton State is a better place because he is a student here.”

Gonzales works for the Office of Computing and Information Services on campus. He began as a student worker at the help desk but soon rose to working on software. Repairing computers is one of his many hobbies, along with working on cars.

In addition to volunteering at the crisis center, Gonzales helps with United Way functions and is beginning to be involved in another nonprofit in Chattanooga.

“Jose is tireless in helping others, both in his work at the College as well as in Psi Chi,” said Dr. Michael Hoff, chair of the Department of Social Sciences. “He is a great student and a great help to the faculty and his student colleagues. He has a great future ahead of him, and we are proud he is part of our psychology program. He will be greatly missed when he graduates.” 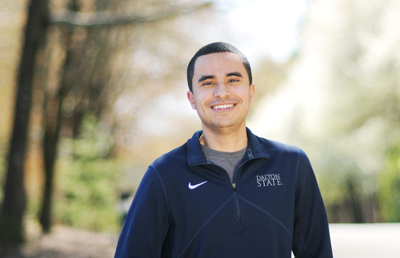 “Jose is fearless,” Gulledge said. “He jumps in, adds his own spin, and is never anxious about it. Part of what draws people to him is that he’s natural, comfortable, and warm. He knows how to solve problems, and he sticks with the problem until it’s solved – in a very patient way.”

“I’m a different person,” he said. “I’m going to be fine no matter what I do because of how this place has prepared me. I can’t put into words how much Dalton State means to me.”