If Dr. Lawrence A. Nixon is a name you’re not familiar with, you’re not alone. 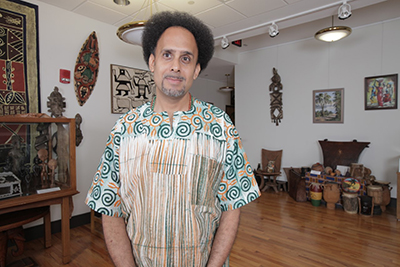 A story in the El Paso Times claims that the Texas physician’s contribution to civil rights in the United States has not been acknowledged as it should be.

Nixon was turned away when he tried to vote in the El Paso Democratic Party’s Primary in the 1920s because he was a black man. With the NAACP’s backing, Nixon took on the party’s discrimination in federal court.

Dr. Will Guzman, who was recently appointed director of the Lee Hagan Africana Studies Center at New Jersey City University, will speak about Nixon as part of Dalton State College’s Black History Month commemoration. The event, “The National Political Impact of Physician L.A. Nixon,” is scheduled for Thursday, Feb. 9 at 7 p.m. in the Goodroe Auditorium on campus.

“When I started the Black History Month Speaker Series last year, my vision was for it to grow to a point where we could host different events throughout the month which would provide interest and entertainment for the campus and community while attracting scholars from around the country,” said Dr. Seth Weitz, an associate professor of history. “I feel we have accomplished that goal this year.”

Guzman previously served as an assistant professor of history at Florida A&M where he was also the associate director of the Carrie P. Meek-James N. Eaton Southeastern Regional Black Archives and the director of the Office of Black Diasporan Culture.

Also, in commemoration of Black History Month, Dalton State College’s History Club and the Black History Month Committee will host an African-American trivia night on Feb. 23 at 7 in Goodroe Auditorium. The trivia will cover history, culture, entertainment and sports.