‘A Whirlwind:’ England to Graduate as Triple Major 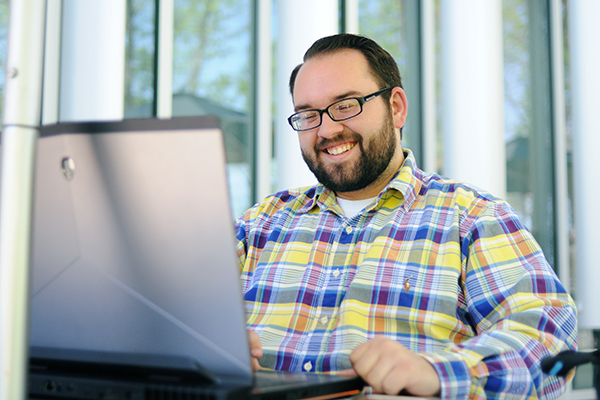 “He came in like a whirlwind,” said Dr. Margaret Venable, president of Dalton State. “He was already a triple major and then decided to run for SGA president. He has organized himself well. He has to be organized to do all he does so successfully. I’ve never known a graduate with a triple major in my 27 years in higher education.”

England graduates this semester with three bachelor’s degrees: finance and applied economics, marketing systems, and management. Though they’re all part of the Wright School of Business, each discipline requires a different set of skills and a different body of knowledge.

England originally planned to attend a university to study biomedical engineering, but saw how others in that field were struggling to find jobs. He went to transfer to the business program at the same school and found out his scholarship wouldn’t apply as a business major.

So he returned home to North Georgia and enrolled in Dalton State with the expectation he’d only be here a year.

“Then Dalton State got the finance and applied economics major,” England said. “I was interested in investment and corporate finance. So after that major was added, the rest is history. I made friends. I got involved on campus. Plus, the professors with the Wright School of Business are amazing. They made an impact on me, and it was clear they wanted to see me do well.”

After signing up for the classes he needed for his major, he was still a few credit hours shy of being a fulltime student. So he became a double major, adding management, and signed up for more classes. Then he wasn’t far from a triple major so he added marketing as well.

England has taken upwards of 21 hours a semester, compared to the 15 the average fulltime student takes. He says it’s all about time management and staying organized. He also landed an e-commerce internship at Mohawk after attending a career fair on campus.

“I’ve been able to broaden my horizons here,” he said. “I’d like to get my master’s in business administration and potentially a doctorate. I enjoy politics and helping people. My goal is to eventually get into politics. I told my mom at 3 that I would be president one day. I don’t know that’s ever going to happen, but I’d like to look at serving as a U.S. representative and senator.” 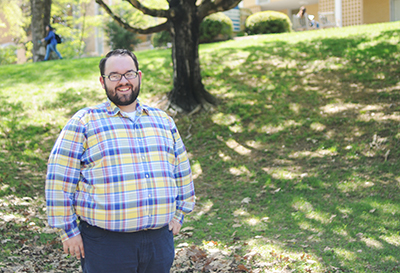 Dr. Jon Littlefield, associate professor of marketing, said he tried to talk England out of taking on three majors.

“He’s a great student,” Littlefield said. “He’s engaged and interested. He does his readings, and is very thorough in his work and study habits. He’s the type of student I envision teaching. I tried to tell him not to triple major because he was going to be successful no matter what he does. He didn’t need three majors.

“But he’s keeping up with the work. He’s being pulled in three different directions, doing senior level work in three disciplines. And he’ll do fine in any area he goes into.”

England joined seven Registered Student Organizations, some within his major but others were areas of interest, such as astronomy.

“One point of college is to network and make friends – and to help each other along the way,” he said. “I always liked helping people. I did several service clubs, and running for SGA president was a way to continue that work.”

During England’s time as SGA president, he worked to address problems with parking on campus, helped organize a career fair, hosted an alumni/student fellowship program, eliminated ambiguous language in SGA policies, and made events more open and accessible. He also works to lobby state legislators on state laws that directly affect college campuses.

He has encouraged involvement from other students and began holding SGA meetings more often so campus issues could be addressed in a timely manner. He also restructured how funds are allocated to the RSOs.

“I admire his commitment to serving students,” Venable said. “It’s not about him and his opinions. It’s about the students’ opinions and what they want. He speaks to the students and brings their concerns and ideas to me. He understands them and encourages them. His ideas are thoughtful and complex. Max is going to make an impact on this world. He’s going places. He truly cares about the campus, and that’s part of our culture here. We embrace all students.”