‘The College was a Gift:’ Colleagues Remember Original Faculty Member 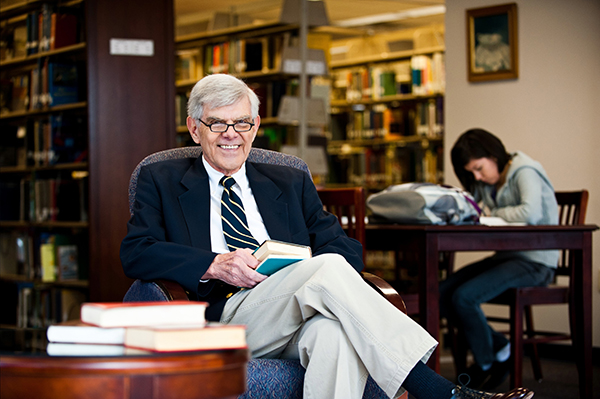 Dr. Terry Christie wasn’t just one of the first hires at a brand new college in the 1960s. He quickly became a pillar of Dalton State College.

Having joined the original faculty of what was then Dalton Junior College in 1967, Christie spent 25 years teaching history and political science. Approximately 10,000 students can say Christie impacted their lives.

Christie passed away Friday at the age of 77.

Christie’s life in politics began at an early age. He once remarked that he put political bumper stickers on a car at age 9. From there, the native of Bradenton, Fla., never faltered in his involvement. He was the first in his family to attend and graduate college, and he went on to finish a doctorate degree.

“Coming here was the best thing that ever happened to me,” Christie said during an interview with the Dalton State magazine in 2012. “I can’t imagine to have been so lucky that I was fortunate enough to have been associated with Dalton Junior College. The College was a gift.”

Christie worked on campaigns and brought elected officials from both sides of the political spectrum to class so students would have a chance to hear from all parties.

“I wanted my students to see that these were talented people who genuinely cared about them and the issues, and who really worked together to do something about them,” Christie said. 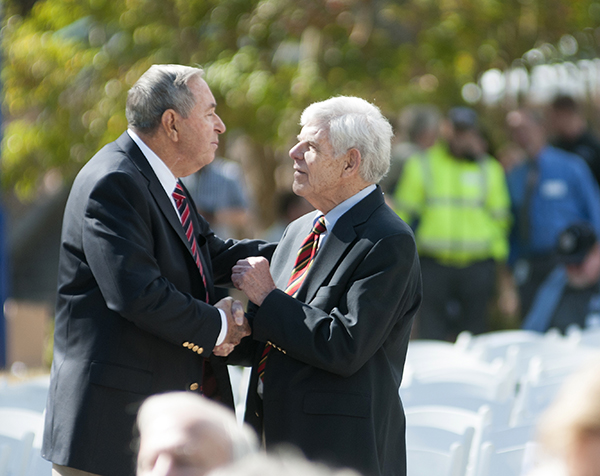 His enthusiasm for teaching and for politics was evident to his students.

“Terry’s enthusiasm in the classroom, his excitement when he taught about the American political system, his energy and the twinkle in his eye, bouncing on the heels of his feet, peering over the half-rim glasses, that hearty laugh - all of this was part of the spectacular performance of a Christie lecture, and it was an experience few if any of his students ever forgot,” Elrod recalled.

Dr. John Hutcheson worked alongside Christie as a professor of history at the College for many years. They two were also close friends.

“His political convictions made him a capital “D” Democrat, but in a far more profound way he was a lower case “d” democrat, taking to heart that we are all fellow travelers in history, duty-bound to strive together for a future built on the fundamentals of moral integrity and celebration of our common humanity rather than on our superficial differences,” Hutcheson said.

“Time was seldom a consideration, and an errand that might take most folks a quarter-hour or so could easily occupy Terry for three or four times as long,” Hutcheson said.

Following retirement in 1992, Christie landed a seat on the Dalton City Council where he served eight years.

“Terry Christie was an icon among the founders of Dalton State,” said Dr. Margaret Venable, president of the College. “He is a legend among our faculty, who set the tone for the quality and rigor of our academic programs from the very beginning.”

A memorial service for Christie will be Tuesday at 1 p.m. at St. Mark's Episcopal Church. The family will receive friends following the service.

In lieu of flowers, memorial gifts may be designated for the Terry L. Christie Scholarship in History and Politics at giving.daltonstate.edu or by sending it to the Dalton State Foundation, 650 College Drive, Dalton, GA 30720.