‘Dalton Gets a College:’ Historians to Speak on Early Days of Dalton State 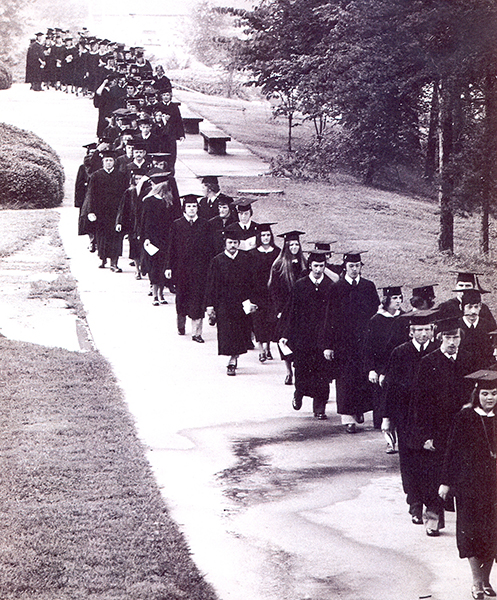 It was the 1960s, and America had found itself asking “what do we do with all these Baby Boomers?”

The generation had flooded elementary and high schools, and now they were about to graduate. There weren’t enough places of higher education to accommodate the dramatic influx in the population.

The answer was more local colleges. The University System of Georgia sought to open more colleges in more communities to fill the void and found that Northwest Georgia was underserved.

So in 1961 efforts began to open a two-year college in Dalton, said Dr. James Burran, president emeritus of Dalton State, who has researched the College’s founding for an upcoming book. Burran, along with Dr. John Hutcheson, will give a lecture titled “Dalton Gets a College” on Tuesday, Aug. 29, at 6 p.m. in room 105 of the James E. Brown Center. The event is sponsored by the Bandy Heritage Center and is free and open to the public.

In 1963, Dalton Junior College was chartered, and in 1965 voters of Whitfield County showed their support for the institution by approving a $1.8 million bond issue in a landslide vote, Burran said.

“Dalton and the surrounding community have supported the College since day one,” he said. “And that support continues today.”

When the campus opened for classes in 1967 it was not complete. The gym was still under construction meaning the faculty had to be creative with physical education classes.

“Students played table tennis and card games for P.E. credits,” Burran said. “We grew explosively. The College could not keep up with the growth. It’s a testament to the can-do attitude of the college community and the surrounding community. Dalton was fortunate to get an institution as early as it did.”

At the same time Dalton Junior College opened, the economy was experiencing a major boom. The carpet and rug industry was soaring, and the healthcare field was starting to grow exponentially. Part of the reason was the establishment of the College, Burran said.

“We’ve always had a large economic impact on the community,” he said. “And that hasn’t changed.”

When the College was founded, the idea was to provide students in the Northwest Georgia area with a good start and a sound liberal arts education so that they could move on to either a technical career or university to receive a bachelor’s degree, said Hutcheson, a longtime professor of history and administrator at the College. 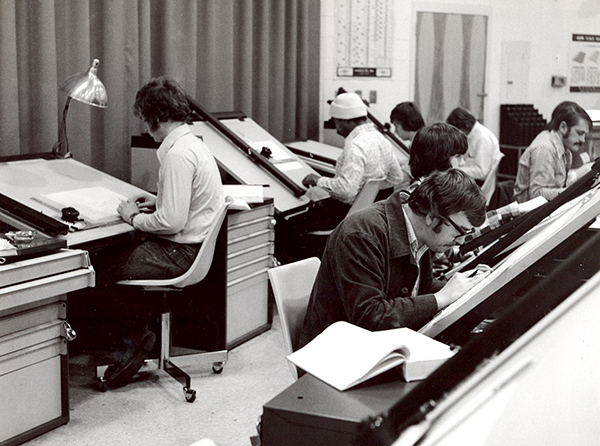 “Over the years we’ve broadened the mission, changed from a partial technical focus to no technical division, but the theme has remained,” he said. “We are a college that reflects the community. That has always been the case, and I suspect it always will.”

Over the years the College evolved from Dalton Junior College to Dalton College, and in 1998 the name was changed one more time when the school was granted the authority to award four-year bachelor’s degrees. Burran was president at the time and recalls the Board of Regents arriving for a regular monthly meeting at Dalton College and leaving past freshly unveiled signs that read Dalton State College.

“We started with exactly two bachelor’s degrees. And our focus began to change to develop more four-year programs,” he said. “It’s really what the local industry needed at the time. The community said, ‘If you provide the academics, we’ll provide the equipment.’ And that’s what happened. You can see it most recently with Peeples Hall.”

Peeples Hall, which opened in May 2014, is a state-of-the art facility housing biology and chemistry labs, as well as classroom space. It is outfitted with equipment and technology donated by local industry and donors and offers science students an educational experience far beyond that offered by most small colleges.

“We really wanted an institution that was healthy and thriving,” Hutcheson said. “We wanted to make sure this was a place where you would get the same level of education you’d get anywhere else. It’s the same way today. You get the very best education here. The culture here is unusual. There is so much respect here, not only for the faculty and staff but for other students. I wish we could take this culture and impart that on a larger scale.”

“We’ve been a catalyst in the community over the years,” Burran said. “The College has grown as it has because of this community. The College has an important and growing role to play here.”