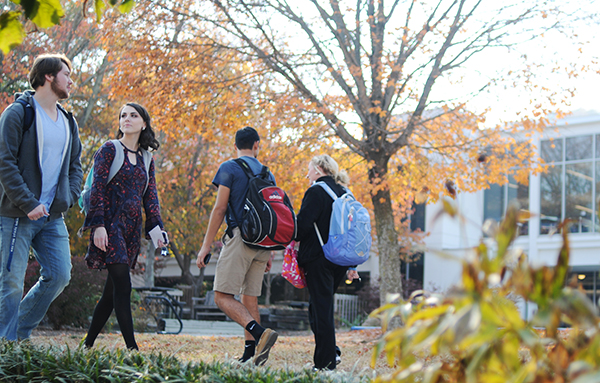 For the second straight year Dalton State College posted double digit growth in its economic impact on Northwest Georgia, pumping more than $136 million into the regional economy last year and supporting more than 1,500 jobs, according to a report released recently by the Georgia Board of Regents.

The report, which measures economic impact of the 28 University System of Georgia institutions, covers the 2016 fiscal year, July 1, 2015 through June 30, 2016, and was compiled by Dr. Jeffrey M. Humphreys, director of the Selig Center for Economic Growth of the University of Georgia’s Terry College of Business.

Dalton State’s total economic impact to the Northwest Georgia region was $136,550,655, up 13 percent over the previous year. The number of full and part-time jobs sustained by Dalton State dollars was 1,526.

Initial spending by Dalton State equaled $112,147,544; this spending included salaries and benefits, operating supplies and expenses, and other budgeted expenditures. The remaining $24,403,111 in economic impact was created by re-spending – the multiplier effect of those dollars as they are spent again within the region which includes Whitfield, Murray, Catoosa, Gordon, Walker, and Gilmer counties.

“Students are attracted to our area because of the strength of our region and the opportunities for jobs once they complete their degrees from Dalton State College,” said Dr. Marilyn Helms, dean of Dalton State’s Wright School of Business. “As Dalton State matures as a first choice destination campus and adds more classrooms and technology to support our educational mission, this spending benefits the region as well.

“Dalton State is a major employer and our employees represent a growing and important middle class in Dalton, and their spending too remains in our area,” she said. “As we continue to add more degree programs we support them by hiring additional faculty and staff. They too are consumers in the region and help continue to grow our economic impact.”

Dr. Garen Evans, assistant professor of economics at Dalton State’s Wright School of Business explained the multiplier effect this way: “Suppose enrollment increases at Dalton State, so more students purchase a hamburger for lunch. This leads to restaurants ordering more hamburger buns, and other variable inputs,” he said. “This in turn leads to suppliers of hamburger buns ordering more flour, which consequently affects the amount of wheat ordered by flour mills, and so forth.”

“Dalton State College is a great asset for our community,” said Rob Bradham, president and CEO of the Greater Dalton Chamber of Commerce. “Their continued growth is a testament to Dalton State’s academic quality and the value it offers to students and their families. Dalton State College has become one of the most trusted organizations in Northwest Georgia, and we believe they will continue to be one of our most important economic drivers.”

According to the Selig study, the University System had a $16.8 billion impact on the state’s economy during Fiscal Year 2016, up $1.3 billion or 8 percent from the prior year. Student spending in communities where USG institutions operate was a primary driver in the increase with overall higher student enrollment in the University System creating significant impact. On average, for every dollar spent by the university, an additional 52 cents is generated for that institution’s region.

The study found that Georgia’s public university system generated 157,967 full- and part-time jobs; approximately 32 percent of these positions are on campus as USG employees and 68 percent are off-campus positions in either the private or public sectors.

“The University System is committed to its role in supporting and advancing the economic growth of the State of Georgia,” said Chancellor Steve Wrigley. “These numbers reflect the hard work and support of Georgians across the state, and we hope to continue to drive innovation, workforce development and job creation for years to come.”

“Dalton State is a significant contributor to our regional economic vitality not only because of the dollars pumped in year after year but perhaps even more so because we provide a pipeline of qualified, educated graduates to supply the regional workforce,” she said.