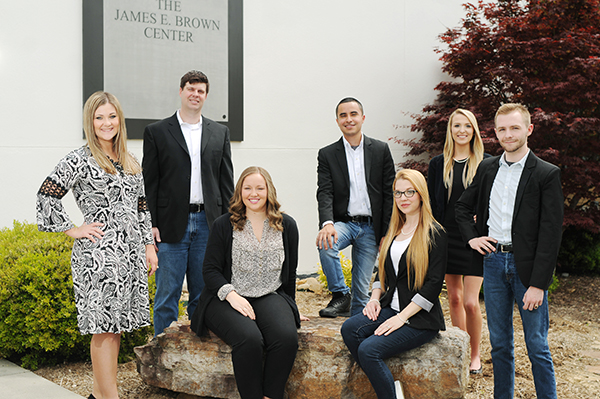 Quick: What was painted on the wall of Dalton State’s Bandy Gymnasium in the 1970s? Which campus landmark weighs 16 tons? Who was the first woman president of Dalton State? What animal’s scientific name is Geococcyx californianus?

If you are quick with a clicker and can answer any of these sample questions (answers below) and several hundred similar questions, then you are invited to assemble a team and enter the Dalton State trivia contest to be held Wednesday, Nov. 8, at 3 p.m. in Pope Student Center to celebrate the publication of “The Dalton State Trivia Book.”

The book is the legacy of the late Dr. Kris Barton who, along with an upper level communication class, launched the book project two years ago to coincide with the College’s 50th anniversary in 2017. Barton died suddenly in May 2016, and the work of finishing the book fell to others at the College including the student authors, faculty members in the School of Liberal Arts, and the Dalton State Foundation which had provided a $500 Campus Enrichment Grant to kick-start the project.

In celebration of the book’s publication, the Office of Student Life and Roberts Library will stage a high energy, TV-style “Think Fast” trivia contest with professional host, DJ, and interactive technology. Teams can include 2-10 participants and can be comprised of any mix of students, faculty, staff, and community members. Each team will be issued a clicker to register its responses; the winning team members will split a $200 cash prize at the end of the contest. Questions from “The Dalton State Trivia Book” will be supplemented with a few general knowledge questions from the 60s, 70s, 80s, 90s, 00s and teens – the decades of the Dalton State lifespan. 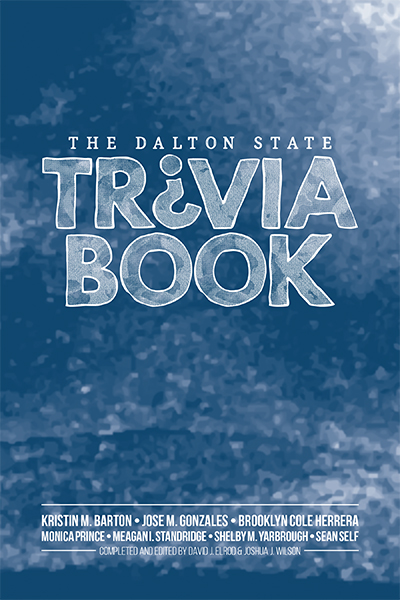 There is no cost to enter the trivia contest; copies of “The Dalton State Trivia Book” will be available for sale for $10 each. Proceeds from book sales will benefit the Kristin M. Barton Memorial Scholarship in Communication endowed by Barton’s parents and grandmother, Sam and Mary Barton and Bertha Sandrick. His widow, Gina, is expected to be in attendance in addition to his parents.

In his planning notes about the book, Barton had written, “I don’t remember when or how the idea of doing a trivia book came to me, but once it rooted itself in my brain, I couldn’t get rid of it. And the more I thought about it, the more I realized this met every single requirement I had for (a) class: it would be fun and academically challenging, provide students with real-world experience, and engage them in research and critical thinking.”

The rich history of the College lends itself well to the trivia book format, according to President Margaret Venable. “From its beginnings as Dalton Junior College, today’s Dalton State has emerged as the pre-eminent college in the region and has garnered a reputation for having faculty who are nationally recognized in their fields, quality academic programs, championship athletic teams, and –as the book demonstrates– bright students, engaged alumni, and generous donors. Therefore, it is only fitting that Dalton State finds itself the subject of a book such as this.”

“A trivia contest is a particularly relevant way to honor and remember Kris,” said Dr. Mary Nielsen, dean of the School of Liberal Arts where Barton served as associate professor of communication. “Kris loved trivia and used to attend the Dalton Depot's trivia nights, sometimes staying over with friends in Dalton to attend. Because of his interest in student research, he even organized (with the assistance of Dr. Jonathan Lampley) several Department of Communication student trivia contest fundraisers, with the proceeds used to support student presentations at national and regional conferences. And, of course, his passion for trivia led to the creation of this book as a major class project with students in COMM 3900. He is with us in spirit.”

Authors of the book are Barton and students Jose M. Gonzales, Brooklyn Cole Herrera, Monica Prince, Meagan I. Standridge, Shelby M. Yarbrough, and Sean Self, who have all since graduated. Following Barton’s death, the book was completed with the assistance of the student authors and edited by Nielsen, Barbara Tucker, and Cicero Bruce of the School of Liberal Arts and David J. Elrod and Joshua J. Wilson of the Dalton State Foundation.

“Kris’s vision for this project got it started, and his enthusiasm fostered in his students a love of learning about the campus they called home,” Elrod said.

By the way: the wall of Bandy Gym said “Death Valley GA 30720” during the original Roadrunner glory days of the 1970s; the boulder on the west end of the quadrangle weighs 16 tons; Dr. Margaret Venable is the first female president of Dalton State; and Geococcyx californianus is more commonly known as the roadrunner.

“The Dalton State Trivia Book” will be available beginning Nov. 8 through the Dalton State Foundation. For information about the book or the “Think Fast” trivia contest, contact the Foundation at 706-272-4473.