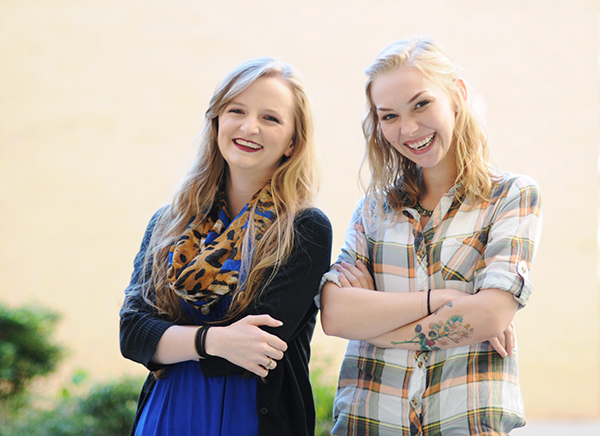 Those are questions that prompted Dalton State English student Dessi Gravely to write her paper “Transmission and Permanence of Slang in the English Language,” which was recently published in the peer-reviewed journal for undergraduate research, LURe. The journal, which focuses on literature, film theory, and cultural study, is published annually by the University of West Georgia.

Also published in the journal was Madeline Bilbra’s paper, “Silent Differences in English that Divide American and British Spelling.” Both students wrote the papers as an assignment in Dr. Jenny Crisp’s History of English Language course.

“These papers were exceptionally researched, and I believe they add to the scholarly conversation,” Crisp said. “Having a paper published at the undergraduate level isn’t easy because there are not as many publications that accept undergraduate submissions. But going through this process is a great learning experience for our students.”

Gravely chose to follow language for death through history. She traced an Old English word, becwelan, which means “die off” to Shakespeare’s phrase “shuffle off this mortal coil.” She examined how that led to today’s current phrase “to off someone,” which means to kill someone.

“Some see slang as being a creative use of language, and others see it as being lazy,” Gravely said. “Slang originates in a subculture. It becomes culturally significant and gains permanence when someone with cultural power adopts it. For example, we’re seeing ‘bling’ become a permanent word for a certain kind of jewelry.”

Bilbra took a different approach with her research to show how spelling was used to differentiate Americans from Brits in the time following the American Revolution.

“We wanted to get away from the French influence, which at the time was in competition for status as the primary language of the world,” Bilbra said. “John Adams wrote letters not long after the war where he brought up that people should begin giving thought to language if they want to establish themselves as a reputable nation. There was also a dictionary war where new editions were being published pushing different spellings of words.”

Bilbra examined the ‘er’ vs. ‘re’ spelling and the ‘or’ vs. ‘our’ spelling in words such as theater/theatre and color/colour.

“The word theatre is what drew me in because I’m a theatre geek,” Bilbra said. “I was ecstatic to have my first scholarly work published. I’d like to become a book editor, so this was a good experience for me.”

Gravely hopes to continue her education by pursuing graduate degrees, and having this experience as an undergraduate will be something that helps her in graduate school.

“I always push my upper level students to publish papers,” Crisp said. “It takes a lot of time and dedication to have a piece published.”