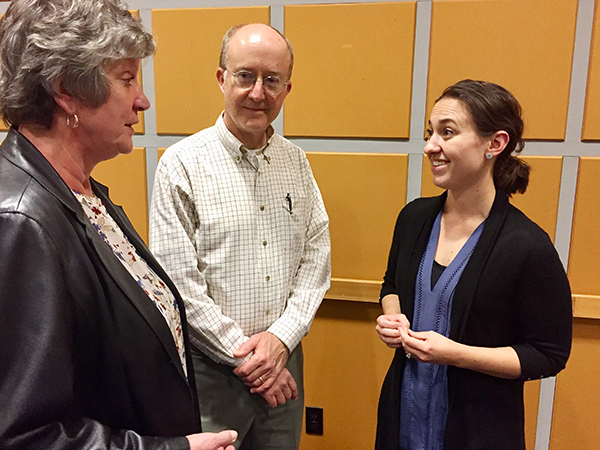 Hydrofracking, the method of injecting pressurized water, chemicals, and sand into underground shale for the purpose of extracting trapped natural gas, can cause a host of environmental problems if not properly regulated, an environmental lawyer told a recent crowd at a Dalton State College forum.

The informational program was co-hosted by the Dalton area League of Women Voters and was attended by college students, faculty, and community members, including area legislators.

The Dalton area of Northwest Georgia is located atop the Conasauga Shale Play which is believed to contain as much as 625 trillion cubic feet of natural gas. In some areas where hydrofracking has been used, negative impacts have been minimal. However, in other areas, problems have ranged from stream and groundwater contamination to altered landscapes, to earthquakes. Additional potential hazards related to drilling for natural gas include noise, damage to roads to access drilling sites, and truck traffic.

April Lipscomb, an attorney with the Southern Environmental Law Center, presented the program and explained that current state law pertaining to oil and gas drilling (adopted in 1975) is weak and did not anticipate the environmental risks posed by hydrofracking, a relatively new extraction method.

An 18-page bill introduced in the Georgia general assembly last session passed with overwhelming support in both the house and senate before stalling in conference committee when an unrelated late amendment was attached. House Bill 205, introduced by Rep. John Meadows, includes a number of safeguards that would strengthen the 42-year old Georgia Oil and Gas Deep Drilling Act, Lipscomb said, adding that the bill is expected to be re-introduced early in the 2018 session.

Rep. Jason Ridley, a co-sponsor of House Bill 205, reported to the audience that he could answer most of their questions about hydrofracking which he said would be less disruptive to the environment than oil drilling. Ridley, from Murray County, offered to present another program on the extraction technique and provisions of the proposed legislation.

As yet there have been no successful attempts to extract natural gas from local shale beds, and there are currently no pending applications for drilling permits in Georgia.

Members of the League said the purpose of the program was to make local residents aware of the emerging issue which could have far-reaching impacts. Students in the audience expressed a desire for more consideration of lower-impact alternative energy resources such as solar and wind power.