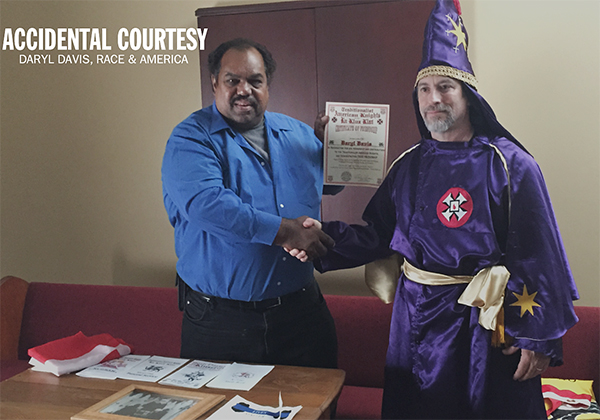 In honor of Martin Luther King Jr. Day, Dalton State will host a discussion and viewing of a documentary that showcases a black man who makes friends with members of the Ku Klux Klan.

“Accidental Courtesy” will be shown Wednesday, Jan. 10 at 7:30 p.m. in room 205 of the James E. Brown Center. Following the viewing will be a discussion led by Dr. Seth Weitz, an associate professor of history.

The documentary follows musician Daryl Davis, who has traveled the world playing, as he travels the country to befriend members of the KKK. Many end up leaving the KKK with Davis’ support, and as they do, he keeps their robes and hoods. He is building his collection piece by piece, story by story in hopes of opening a KKK museum one day.

“I want to tie this film to Martin Luther King Jr. Day,” said Shabina Panjwani, coordinator for programming and diversity initiatives. “Many individuals do not understand the importance of this day, and the film really highlights the Civil Rights Movement. The discussion after will help reinforce the importance of MLK Day and the movement.”

The program is free and open to the public.