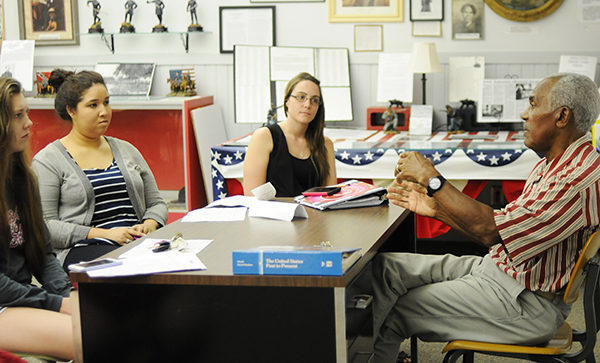 As the director of the Emery Center in Dalton, Rivers shares what black people had to endure leading up to, during, and after the Civil Rights Movement in the 1960s.

He’ll share his experience in Dalton, as well as how the Emery Center is a resource for preserving that history, during a Black History Month lecture series at Dalton State College. Rivers will speak on Thursday, Feb. 15 at 7 p.m. in the James E. Brown Center on campus. The event is free and open to the public.

“People should come hear about Dalton’s rich and often underappreciated African-American culture and history,” said Dr. Seth Weitz, associate professor of history. “Those attending will also be able to learn more about the Emery Center, which is an excellent resource for the community.”

Jim Crow laws in the South were designed to enforce separation. They included things such as separate water fountains for the different races, as well as separate entrances and seating at restaurants.

All are invited to test their knowledge of African-American history, culture, entertainment, and sports trivia. Participants compete as individuals for a chance to win prizes.

Black History Month activities are sponsored by the Office for Academic Affairs and the Dalton State Foundation.