“In 2010 former director of the library, Lydia Knight, had the dream of a book festival featuring local authors, and we have continued that each April,” said Melissa Whitesell, library director. “We’ve hosted authors of many different genres through the years. This year four authors will read passages from their most recent publications and will sign copies of their works. By providing students exposure to published authors, we hope to encourage the student’s talents whether they choose to write professionally or as a means of creative expression.”

The book festival will run from Monday, April 9 to Wednesday, April 11 in the library’s media lab. Authors are scheduled to speak daily. Participating this year are Jodi Lowery, Kenyon Henry, and Barbara Tucker.

• Lowery, a former educator with a love of history, will speak on her latest book “Jan: The Youngest Woman Sentenced to Georgia’s Death Row.” The nonfiction book tells of Janice Buttrum, who was convicted of murder in Dalton in 1981. Lowery spent hours interviewing and exchanging letters with Buttrum for the book. She will speak Monday at 12:15 p.m. 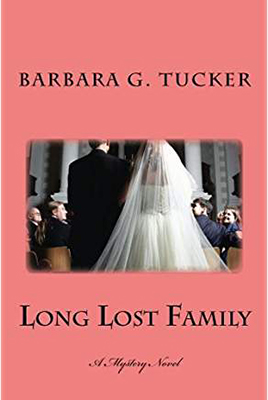 • Henry, a Dalton State alumnus, is the author of “Choice of the Mighty: Chronicles of Stephen” and the entire Chronicles of Stephen series. The series follows a young man with a powerful gift to hear and control the thoughts of others. Henry will speak Tuesday at 12:15 p.m.

• Tucker, chair of the Department of Communication and a professor of communication at Dalton State, will speak on her most recent work “Long Lost Family: A Mystery Novel.” The book involves family secrets, an overblown wedding, unexpected guests, and a murder. This is Tucker’s sixth novel. She will speak Wednesday at 12:15 p.m.

All programs are free and open to the public.