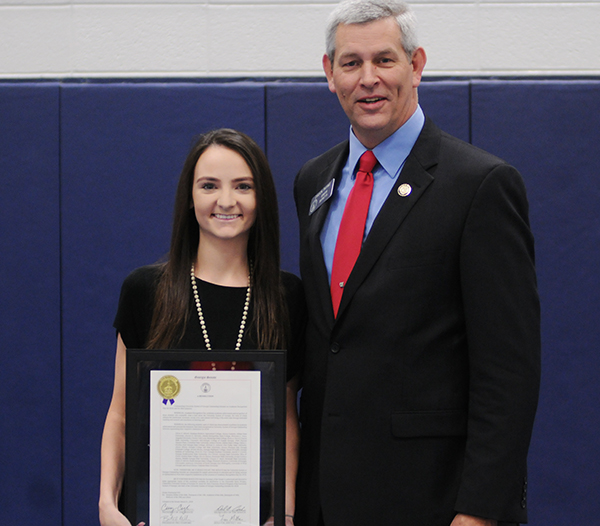 Dalton State took time out recently to honor its best and brightest students at the College’s annual Honors Convocation. Fifty-eight awards were presented to students for academic achievement during the year.

Sen. Chuck Payne presented the Georgia General Assembly Academic Recognition Award to Ashton Fincher who is majoring in early childhood education. The Georgia legislature each year recognizes one student from each of the University System of Georgia’s 26 colleges and universities for overall academic achievement. 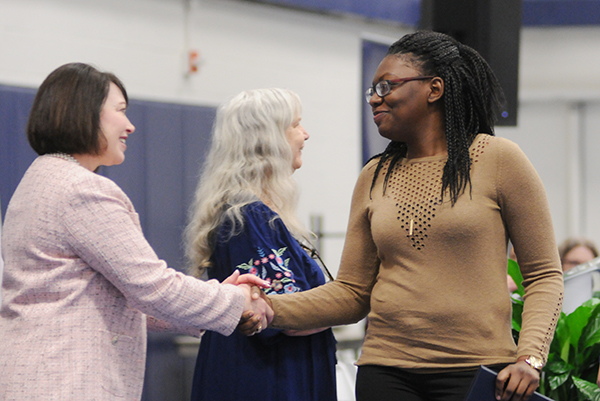 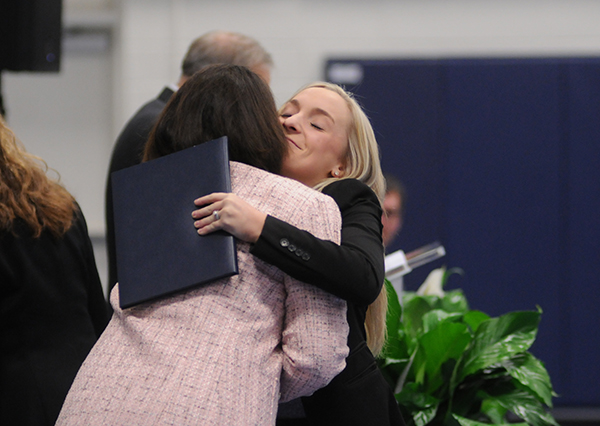