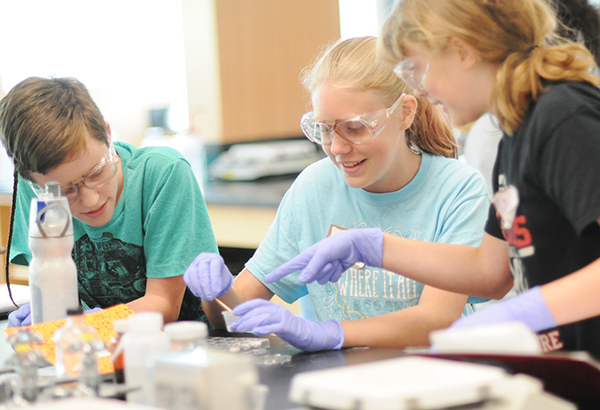 Eleven-year-old Maydelin Posada hopes to become a heart surgeon one day, and learning about women in the world of science during the Girls in STEM camp at Dalton State this week has helped inspire her to pursue that path.

Along with conducting experiments led by female college students, the campers have heard from local women in science, technology, engineering, and mathematics fields each day.

“Women can do any job men can,” she said. “We can work in places women haven’t always worked.”

The camp aims to engage girls in STEM subjects through experiments in fields of microbiology, engineering, geology, chemistry, astronomy, and mathematics.

“Data tells us girls lose interest in STEM-related subjects between fourth- and eighth-grades,” said Dr. Kim Hays, assistant professor of biology who leads the camp. “By having events like this, we can encourage their interest in STEM and introduce them to positive role models through our students who lead the camp and women in science in the community. We are able to show them there are women who look like them who have become successful scientists.”

Twenty-one girls participated in the camp, nine of which attended on scholarship. Dalton State was awarded a grant from the Community Foundation of Northwest Georgia and the Alliance for Innovation and Sustainability to help pay camp fees for girls whose families could not afford to send them to camp. Engineered Floors also donated money to Girls in STEM and the World of Science camps for scholarships.

Hays worked with area elementary and middle schools to identify students who were interested in STEM who needed help paying for camp.

“The support in the form of grants and donations from community organizations and industry, respectively, have allowed us to get more girls involved in the camp,” she said. “These funds were used strictly to provide scholarships to gifted, inquisitive young women who attend Dalton City and Whitfield County schools. Their teachers, counselors, and administrators were critical in helping us identify these talented girls who lacked the financial resources to attend the camp. This has allowed us to increase our enrollment from the 2016 camp and have a group of girls more representative of the diversity of our local community.” 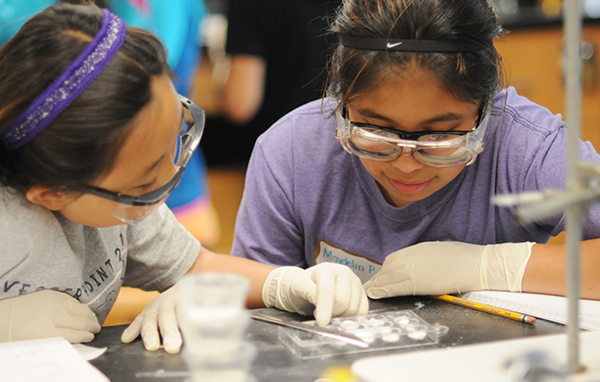 On the first day of camp, participants were asked to write down their dream jobs.

“So my favorite activity this week was dissecting a shark,” she said. “We even found babies in ours. We’re not just studying these subjects. We’re doing hands-on things. The whole camp is about fun and learning, and I’ve made friends here. It has been an amazing learning experience.”

Many girls echoed the shark dissection was their favorite activity of the week. But they were also surprised to learn how much bacteria they’re exposed to on a regular basis.

One microbiology lab had the girls touch all surfaces they could, such as doorknobs, shoes and rails on stairways, then swab their hands.

“We got our own lab coats,” Kayleigh said. “And we looked through microscopes at all the bacteria we grew. Plus, I finally got to use a Bunsen burner. I’ve always wanted to do that.”

“I am thrilled to see the young females in our community engaged in a summer camp just for girls to engage with science, technology and mathematics topics,” said Dr. Margaret Venable, president of Dalton State, who spoke to the girls about her own career. “If nothing else, I hope these girls leave with a feeling that these subjects are fun! And I hope at least a few of them will be inspired to pursue careers in these fields. As a chemist, I know the joy of solving life’s mysteries with science and I have used my skills to analyze and solve problems as a college administrator. Learning scientific concepts is great preparation for life and for any career.” 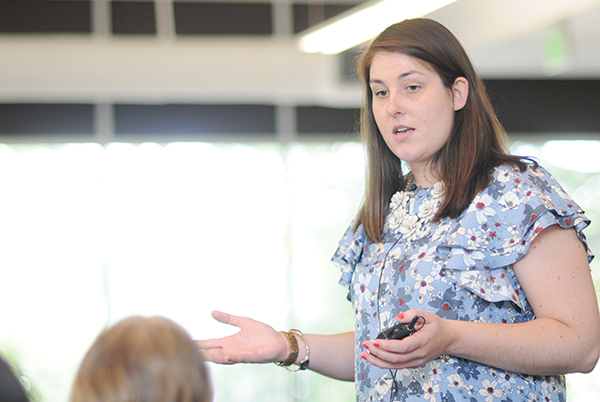 “As much as a learning experience for them as it is for the girls who will do the science,” Hays said. “Many of the students instructing are first-generation college students. Every girl at that camp will see an instructor who looks like them. There is lots of diversity in the girls and instructors. It’s important for these girls to see someone who looks like them succeeding in these fields.”