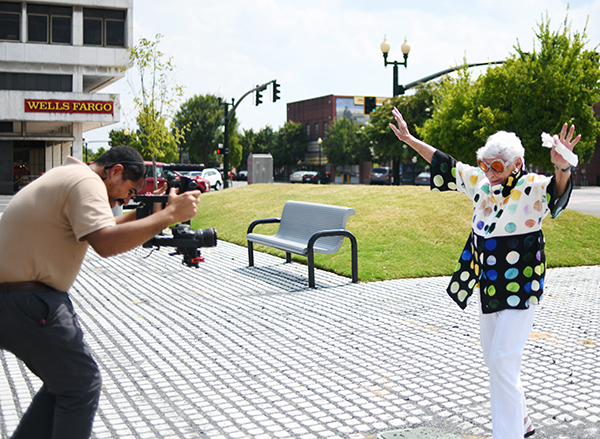 Celebrating Dalton’s vibrant community life and merging the city’s past and future are themes of this year’s viral video produced and released by Dalton State College’s Office of Marketing and Communications.

The video, a 40-second response to the internet’s “In My Feelings” dance challenge, features Dalton State students and administrators, as well as Dalton business owners and community leaders.

Jonathan Marks, marketing manager for the College who produced the video, wanted to jump on the popularity of this current trend and revive the feeling of “Carpet Capital Cuts a Rug” from two summers ago. That video highlighted members of the Dalton community dancing to Justin Timberlake’s “Can’t Stop the Feeling,” which promoted unity and the strength of the area.

“I wanted this video to show the new energy in Dalton while also honoring the city’s history,” Marks said. “We shot at locations such as Crown Mill Village, site of Dalton’s first major industry, that now houses ‘The Mill’ retail and restaurant space in addition to loft apartments. Also Burr Park which is built on the old Lee Printing site, and Dalton Brewing Company located in the old Hurt’s dry cleaner building that was destroyed by fire in 2010. All are representative of how Dalton is merging its past and future and repurposing old places into new spaces.” 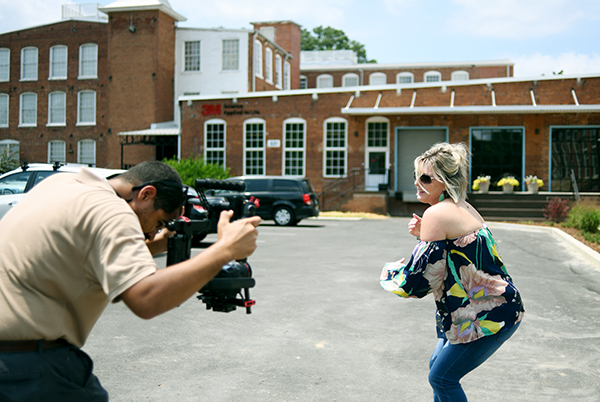 “I think this video showcases the diversity we have in Dalton, not just skin color but all the ways of life here,” Marks said. “That’s something I’m really proud of.”

This video was shot, produced, and released in less than a week.

“Dalton State is so grateful for the ongoing support of our community,” Venable said. “I hope this video sends the message that we love the Greater Dalton community and that great things are happening both at the College and in our community.”