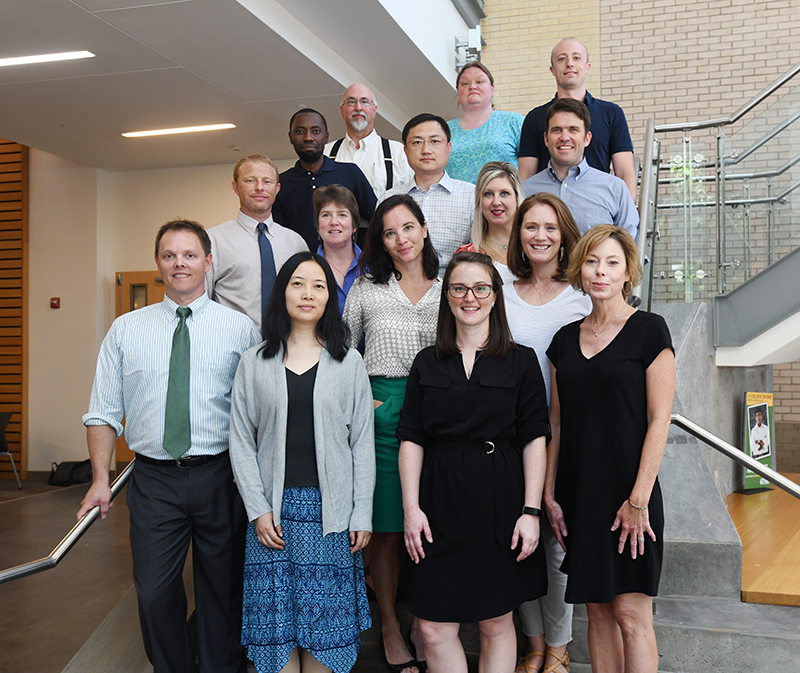 “Identifying new faculty is an art-form that requires a committee of dedicated academicians coupled with an applicant pool that embraces the mission of the college while being experts in their individual field,” said Dr. Pat Chute, provost and vice president for Academic Affairs. “This year the search committees were artists in the truest sense as they identified a remarkable group of talented individuals who will most certainly bring a vibrant and scholarly approach to teaching.  The Dalton State community is proud and excited to have them join the already extraordinary group of educators whose enthusiasm for creating the best outcomes for our students is palpable.  Welcome aboard.”

Dr. Corey Shank, who holds a doctorate degree in finance from the University of Texas, Rio Grande Valley, joins the faculty as an assistant professor of finance. He most recently taught at Oklahoma State University as a visiting professor.

Benjamin Thrower joins the faculty as an instructor in management. He holds a master’s of science degree in finance from the University of Utah and a master’s of public administration from Georgia College and State University.

Dr. Rebecca Brosky, Lawrence Ssebaggala, and Dr. Xinghai Zhao are new additions to the School of Science, Technology, and Mathematics.

Brosky, an assistant professor of chemistry, earned her doctorate in chemistry from Monash University in Melbourne, Australia. She previously served as a Noyce Teaching Fellow at the American Museum of Natural History in New York City. Ssebaggala, who holds a master’s degree in mathematics from Louisiana Tech and is pursuing a doctorate in mathematics from Illinois State University, joins the faculty as an assistant professor of mathematics. He previously taught at Illinois State.

Zhao, an assistant professor of physics, earned his doctorate in physics and astronomy from Notre Dame. He previously taught at Penn State DuBois.

Also joining the School of Health Professions is Liz Hubbs, a lecturer in social work. She holds a master’s of social work degree from New York University and has many years’ experience working in inpatient and outpatient mental health settings. She has previously taught part time at Dalton State.