Voters will have two opportunities to learn more about roles of elected officials and candidates running for offices at events hosted by Dalton State next week.

As part of Constitution Week, two former U.S. Congressmen - one Republican and one Democrat - will lead a discussion on the roles of elected officials, voter rights and responsibilities, and how they intersect. Congress to Campus is at 7 p.m. Tuesday, Sept. 18 in the upper level of the Pope Student Center. It is free and open to the public.

On Thursday, Sept. 20 at 6 p.m. in the upper level of the Pope Student Center, Dalton State hosts Meet the Candidates. It is free and open to the public. 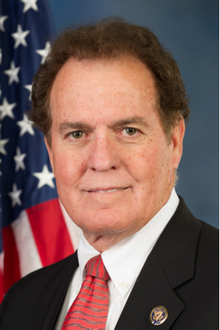 Gingrey, who now serves as the senior advisor in the District Policy Group at Drinker Biddle, served as a Republican representative for Georgia from 2003 to 2015. During his time, he served on numerous committees, including the House Committee on Energy and Commerce and its Health Subcommittee, the Committee on Education and Workforce, and the Committee on Armed Services. He was also a ranking member of the Science Subcommittee on Technology and Innovation.

Gingrey has traveled to more than 40 countries representing Congress in high-level meetings with foreign dignitaries. He served on the Commission on Security and Cooperation in Europe as the co-chairman for the Congressional Study Group on Germany and the Congressional Taiwan Caucus.

Before being elected to Congress, Gingrey served two terms in the Georgia State Senate from 1999 to 2003. Prior to that he was on the Marietta School Board where he served as chairman three times.

Gingrey received a bachelor’s degree in chemistry from Georgia Tech before attending the Medical College of Georgia. He operated a private OB-GYN practice for more than 27 years. 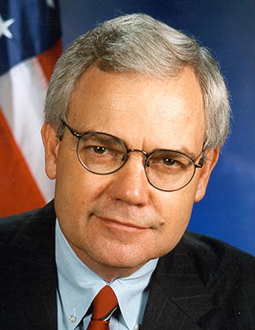 Clement, an Army and Tennessee National Guard veteran, served as a Democratic representative for Tennessee for eight terms from 1988 to 2003. He began his public service career at 29 when he won a seat on the Tennessee Public Service Commission. He went on to become the youngest state-wide office holder in the history of Tennessee.

He was appointed director of the Tennessee Valley Authority by then President Jimmy Carter. Later he was named president of Cumberland University where he is credited for turning around what was once a financially-troubled private college into a university with a reputation for academic excellence.

During his 15 years in Congress, Clement was known as a bipartisan member, often voting with the opposition on issues he championed. He chose committees which had a major impact on Tennessee and across the nation. He served on the House Transportation Committee overseeing infrastructure projects such as highways, public and mass transit, airport improvements, and preserving waterways. He co-authored legislation on funding and establishing a nationwide system of greenways and bicycle paths. He also served on the Foreign Affairs, Budget, and Veteran’s Affairs committees and assisted Gulf War veterans suffering from illnesses.

After leaving Congress, Clement formed Clement & Associates, a public affairs consulting firm in Nashville. He is the author of the memoir, Presidents, Kings and Convicts: My Journey from the Tennessee Governor’s Residence to the Halls of Congress. The book highlights his life from growing up in the Tennessee’s governor’s mansion when his father served as governor to being eyewitness to politics of the second half of the 20th century. 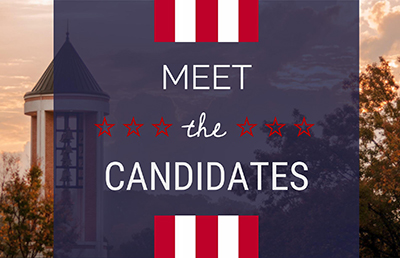 Meet the Candidates allows voters to engage one-on-one with those seeking office locally and at the state level.

Candidates will briefly share their platforms, but then will be available for questions and to meet voters.

Those who have committed include candidates running for state senate, state school superintendent, Whitfield County Board of Education, governor, and lieutenant governor.

Voter registration will be available on site.