More than an Athlete: Cranney Excels on Court and in Class 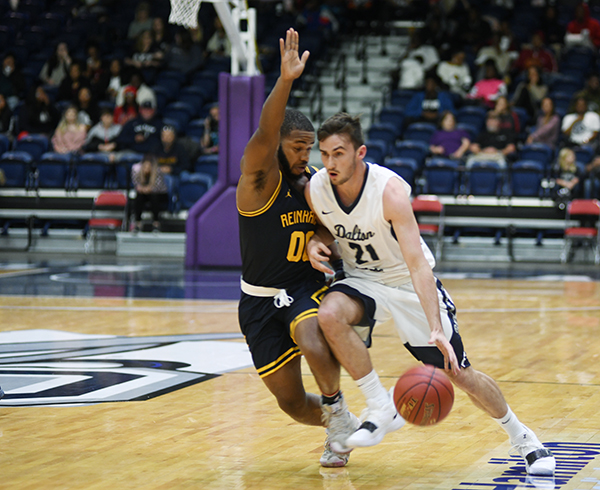 He’s also a stellar student with a passion and an aptitude for mathematics, who works on campus as a math and finance tutor.

“To have a player that good that’s also that good academically? It seemed too good to be true,” said Alex Ireland, interim head coach for the Roadrunners this season. “There isn’t a down side to Sean. He is that good.”

Cranney transferred to Dalton State this year as a junior majoring in finance and applied economics with a minor in math. He came to the United States from Australia in 2016 to pursue basketball and a college education simultaneously because Australia doesn’t have collegiate sports.

“My basketball days are limited,” he said. “School is important to me, and I need an education to achieve my goals. I wasn’t ready to choose between basketball and school.”

After two years in another program, Cranney was looking for a different atmosphere and a different community. He wanted to go to a school with both a rigorous academic program and basketball program.

Dalton State immediately appealed to him.

“Coach Ireland started talking to me about the town and the program here,” Cranney said. “I liked the team environment, and I wanted to be part of a program I could really be proud of. I liked the friendly community. The community really gets behind this team and the school, and that’s awesome. I wanted to be a part of that culture here.”

Cranney aspires to be an actuary working in insurance.

“I love math,” he said. “That’s kind of weird for most people to hear. Both my parents are high school math teachers, and I have a passion for it. When you leave high school, you have to apply that somehow. So applying it to finance was the most enjoyable for me.” 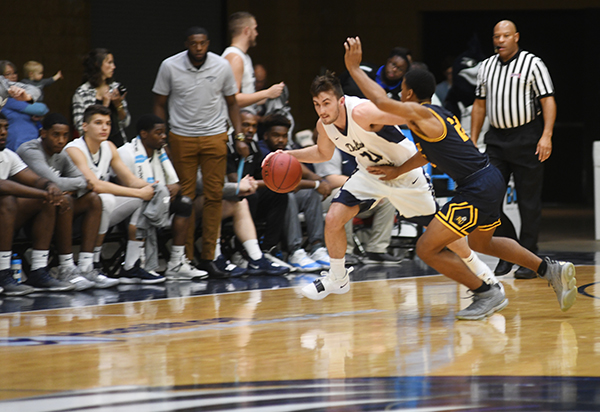 Since Cranney is here on a student visa, he’s not allowed to work off campus. Tutoring allows him to earn money on campus while applying his love of math. He loves seeing students understand the material and do well on tests.

“Sean not only tutors every upper-division math course with ease, but what stands out most about him is how motivational he is to students,” said Brooklyn Herrera, coordinator for tutoring and supplemental instruction. “When a student receives a good grade on a test, Sean is happier than if it were his own grade. I think students are genuinely excited to work hard and do well in their courses because they know Sean cares so much. A lot of students who receive tutoring from Sean are also surprised to find that he is on the basketball team here at Dalton State, and I think it is great that he is breaking some stereotypes at the same time. A lot of our athletes are not only great athletes; they are exceptional students as well.”

“Sean is an unbelievable young man,” Ireland said. “He’s truly exceptional in every way. He’s on top of everything. He thinks of everything before you do, and he probably has the busiest schedule of anyone on the team.”

Cranney doesn’t need much guidance off the court from Ireland.

“Sean is a natural leader,” Ireland said. “He’s a guy that the players naturally respond to because of how he carries himself. He’s talented and he carries himself that way. He truly is an extension of me on the court. He shot 44 percent at the 3-point line at his previous school, so he’s a solid player. He’s proving the same thing here.”

The Roadrunners had a rough start to the season, losing Friday night to Reinhardt, 92-86. But by the second half of that game the team had begun to play more cohesively which carried into Saturday night’s 85-51 win over Selma.

“Coming under those lights at the Dalton Convention Center was different; it was new,” Cranney said. “We were flustered and overwhelmed coming into that game. Once we got started though, we clicked. That was evident Saturday. Playing on that court with those guys and that crowd is special. We have 10 newcomers to the team, but we all get along so well. We have an unusually close group of guys. I think that will start to show on the court. It will bring a different level of passion to the game.”

Even with 10 new players on the team, Ireland said the Roadrunners are coming together quicker than any team he’s seen before.

“You can see them coming together and figuring each other out,” he said. “They’re starting to play more instinctually. We shot 50 percent from 3 in Saturday’s game, which is exceptional. We had 28 assists and 12 turnovers.

“As the season continues you’re going to see a team that Dalton can be proud of. These are 14 exceptional young men and talented basketball players. They’re much more than athletes.”

The Roadrunners’ next game is against Pikeville on Friday, Nov. 9 at 7 p.m. at the convention center. Tickets are available online at dsroadrunners.com or at the door.