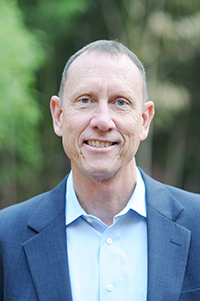 Jon Jaudon, who has been serving as athletic director at the College, is now the interim chief of staff, while Valarie Pratt, who serves as state Sen. Chuck Payne’s chief of staff, has been named director of government and external relations. Both appointments are effective Jan. 1, 2019.

Jaudon was named athletic director in April of 2017 after serving nine months as interim in that position. He was brought on at that time to lead the athletic program through a time of transition and reorganization while ensuring the College continues to provide opportunities for student athletes.

In addition to Athletics, he will now oversee the Dalton State Foundation, the Office of Marketing and Communications, the Office of Institutional Research and Planning, and the newly created Government and External Relations. He will also support internal and external relations for Dr. Margaret Venable, president of the College.

“Jon has demonstrated significant leadership and administrative capability in his management of Athletics at Dalton State and during his long career in higher education athletics,” Venable said. “I am grateful for his willingness to serve in this critical new role for the College.”

“I am thankful for Dr. Venable’s confidence in selecting me for this position,” Jaudon said. “It is a privilege to serve Dalton State in this role. I look forward to playing a part in the College’s future.” 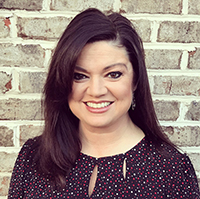 Pratt is a 2011 graduate of Dalton State and has served Payne in his role as state senator since 2016. She is currently enrolled at the University of West Georgia where she’s pursuing a master’s degree in history.

As the director of government and external relations, Pratt will work with legislators and other elected officials, as well as external constituents of the College.

“The education I received at Dalton State changed the trajectory of my life,” Pratt said. “I am honored to have the privilege to serve my alma mater in this new role. I feel as though I’m coming home.”

“Filling these two positions was critical to moving the institution forward to become that first-choice destination college we know we can be,” she said.