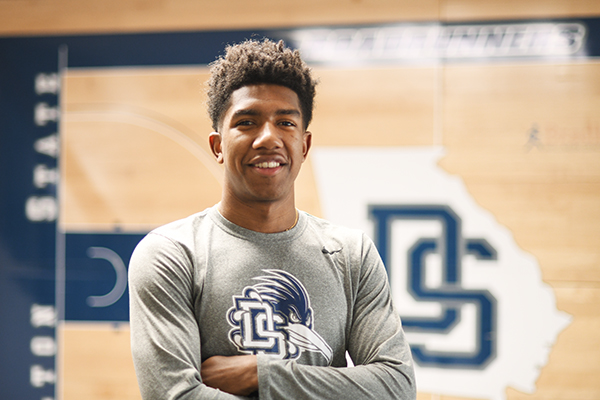 After his cousin was shot and killed, Dalton State basketball player Kingston Frazier wanted to make a change in his hometown of Opelika, Ala. He wanted the gun violence to end.

“I realized if this could happen to him, it could happen to anyone,” said Frazier, a junior health and wellness major. “I know problems happen because people are bored. I wanted to give them another outlet. I wanted to stop the problem and the violence in my community.”

Frazier began a summer basketball league for young men between 18 and 25 to help keep them off the streets and out of trouble. He recently received the 2019 Young MLK Community Service Award given by the National Forum for Black Public Administrators – East Central Alabama Chapter.

“The league provided a non-violent competitive atmosphere where high school graduates, college students, and young men could come together to promote unity within the city,” according to the organization. “The games were well-attended and received by the community. Kingston has a heart for all people and knows that there is strength in unity.”

“I am very proud of Kingston and what he has accomplished,” said Alex Ireland, interim head coach of the Roadrunners. “It is utterly inspiring to see someone at his age take the initiative to better his community. Additionally, it shows a great deal about Kingston’s heart and character.” 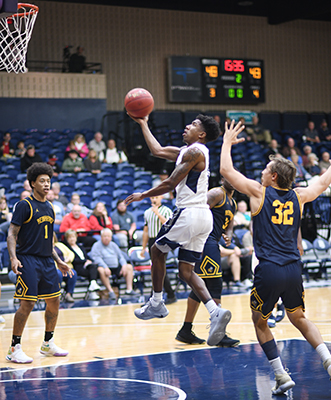 Frazier wanted to unify his community while giving young men an opportunity to continue sports after high school. Basketball was a natural fit.

The first summer of the league exceeded Frazier’s expectations. It’s a project he began working on last spring while still finishing classes at Enterprise State Community College, where he was a student before transferring to Dalton State in the fall.

Even while working on the league remotely, four teams made up of 10 players each formed. He expects to add two more teams this summer and will open it to residents of surrounding communities.

“The whole city came out to support this league,” Frazier said. “The stands were packed every night. I was shocked to receive the award. I wasn’t doing this for recognition. I just wanted to create something for my community. I wanted something people could get excited about each summer. But now I know people are paying attention so I want to make it bigger.

“I’ve learned so many new skills here,” he said. “I knew I could do this, and now I know I can expand this program. I am taking what I’ve learned here and am applying it to my life.”

Fraizer aspires to be a coach in his hometown. He believes there are talented youth who haven’t been given the opportunities to reach their full potential, and he wants to change that.

“Kingston is a phenomenal young man,” Ireland said. “Rarely do you find a student-athlete who is both as competitive as Kingston, yet also as caring for others. Kingston plays his heart out in every game and every practice, and in the process makes his teammates and our team better each day.”