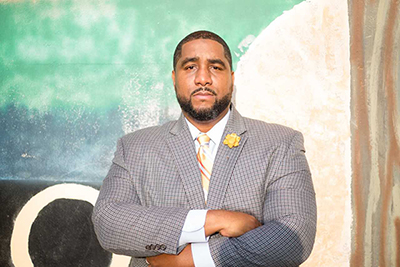 There was a time when historically black colleges and universities provided refuge from oppression and were integral hubs of activity for fighting that oppression.

Dr. Jelani Favors will explore this topic further at Dalton State College on Thursday, Feb. 21 at 7 p.m. in the Brown Center, room 105. The event is free and open to the public.

Favors will give a talk titled “A Charge to Keep: How Black Colleges Ignited the Civil Rights Movement and Transformed American Democracy” as part of the fourth annual Black History Month Speaker Series at the College. The talk is based on themes from his book, Time of Storm: How Black Colleges Fostered Generations of Leadership and Activism.

In his book, Favors explores the development and significance of historically black colleges and universities, as well as their role during the Jim Crow era and Civil Rights and Black Power movements. Those institutions became a vital place for politicians, community leaders, reformists and activists.

Favors is an assistant professor of history at Clayton State University. He has received fellowships in support of his research, which include an appointment as a Humanities Writ Large Fellow at Duke University and was an inaugural recipient of the HBCU Fellowship at John Franklin Humanities Institute at Duke.

His work on student activism has been published in The North Carolina Historical Review, The Review of Black Political Economy, Ted Ownby’s The Civil Rights Movement in Mississippi, and Robert Cohen and David Snyder’s Rebellion in Black and White: Southern Student Activism in the 1960.

In 2018, his essay entitled “Race Women: New Negro Politics and the Flowering of Radicalism at Bennett College, 1900-1945,” won the prestigious R.D.W. Connor Award as the best article published in the North Carolina Historical Review. Favors has been invited to share his research on student activism at symposiums and academic conferences around the country. He earned his doctorate in history from The Ohio State University where he also earned a master’s degree in African American Studies. He is a 1997 graduate of North Carolina A&T State University where he earned a bachelor’s in history.

This event is sponsored by the Office of Academic Affairs and the Dalton State Foundation.