For the entire four years Jamie Rodriguez was a student at Dalton State, he says he knew professors cared about his success and well-being.

It’s why he made a point to come back to visit with them during an alumni event for Wright School of Business graduates during a Roadrunner basketball game Saturday at the Dalton Convention Center. Former and current faculty and staff were also invited to attend.

“I didn’t have anyone else available to guide me,” said Rodriguez, a department manager for M+A Matting. “Dalton State came to my high school when I was still a student there and helped me apply. Later people on campus helped me apply and receive scholarships. Dalton State gave me an opportunity to grow and better myself while helping others.” 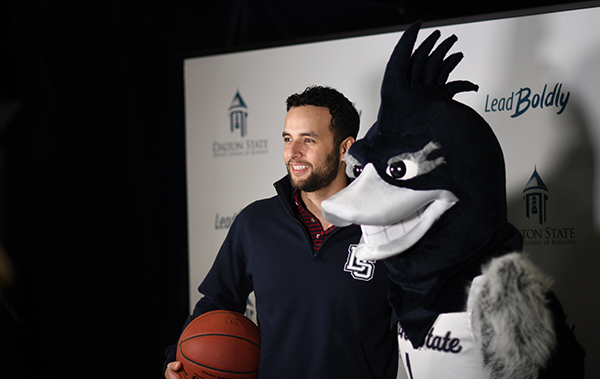 Approximately 40 plus their guests turned out for the basketball game. It was the first alumni event of its kind for the school, and Dr. Marilyn Helms, dean of the WSOB hopes to host similar events more often. This year’s event celebrated the 20th anniversary of the first bachelor’s degree offered by the school.

Dalton State launched its bachelor’s degree program in 1999 in what was then the Division of Business Administration, which later evolved into the WSOB.

“We feel like this was a good start to build on for future alumni events,” Helms said. “These former students are such a part of who we are now. They don’t even feel like students to us anymore. They feel like family.”

“The school was such a tight-knit family of students and professors,” said Beth Terry, who graduated in 2009 with an accounting degree. “I developed a close relationship with Jamie Connors (an associate professor of accounting). Without her I wouldn’t have gotten my first job. I graduated at a bad time because of the economic recession.”

“I went to school because I was convinced it would double my salary,” he said. “I got a good return on my investment. Dalton State means the world to me. If I’m hiring and see Dalton State on a resume, I’m going to choose them over those who graduate from other schools because I know Dalton State makes sure graduates know how to do well in the business world. When I left, I knew how to present myself. I know how 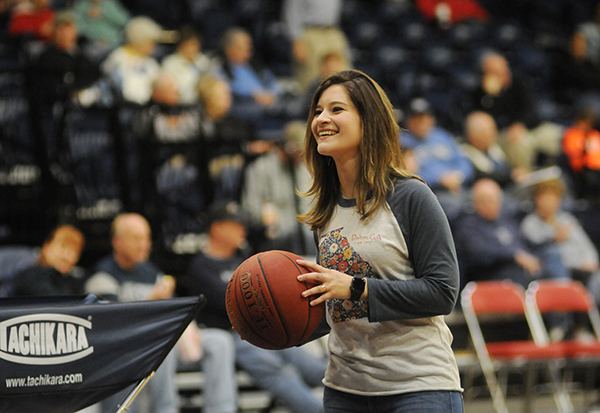 much heart and soul goes into the education of each student here.”

Maud Swalens, a 2015 marketing graduate, came all the way from Belgium to attend Dalton State, and now she considers Dalton her home.

“When I see something the Wright School of Business is doing, I do it,” she said. “I like being part of the Dalton State community. Dalton State meant opportunity and support for me.”

The WSOB has grown to offer six bachelor of business administration degrees which include management, marketing, management information systems, finance and applied economics, and logistics and supply chain management.

Gignilliat Memorial Hall is currently under renovation and expansion to house the WSOB. A ribbon cutting is planned for later this year.