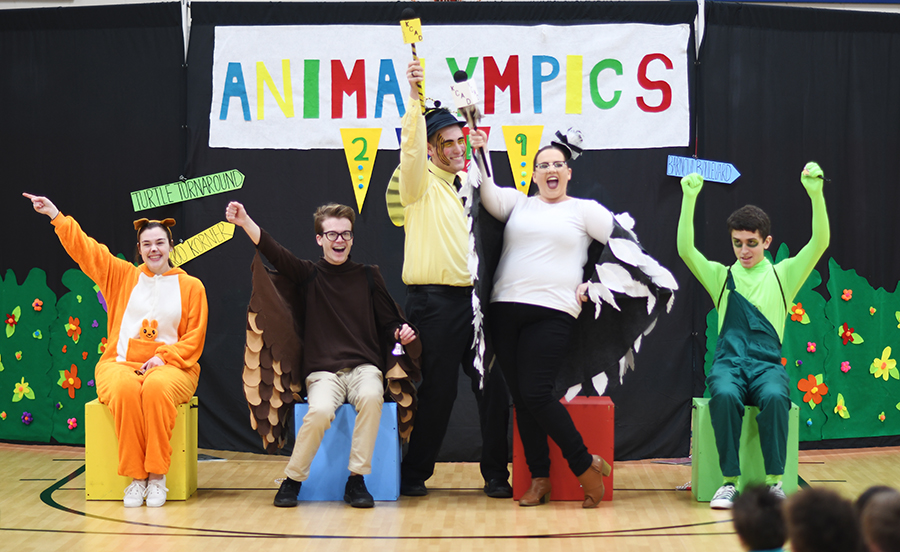 Jake Baker wasn’t finding many plays for children that were portable enough to be performed in venues other than a traditional stage.

With the children’s theater class at Dalton State, portability is a necessity. Students are performing for children at elementary schools in the area and never know if they’ll have a theater or if they’ll be in a cafeteria or gym. 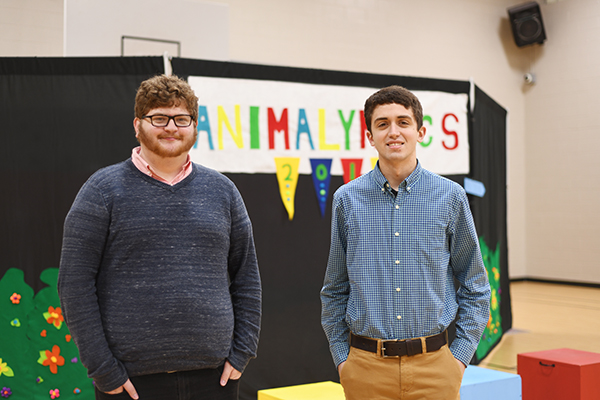 “So I said, ‘why don’t I just write one?’” said Baker, a communication major at Dalton State.

Baker joined with his friend and fellow student, Nick Loboda, to write an original play that’s more adaptable for the Dalton State Theater for Young People.

The two penned “Animalympics,” which centers on the theme of not giving up and utilizes minimal sets. The children’s theater class is performing the play at Dalton Public Schools and Catoosa County Schools this semester.

“It is vitally important for the play to be adaptable to different locations,” said Kim Correll, a lecturer in communications and theater who teaches the children’s theater course. “We have to be flexible enough to set up in any situation. This is also great for the student actors to learn how to be more adaptable. Sometimes entrances or exits have to change due to the nature of the venue. So we think quickly as soon as we get there and set up accordingly.”

Baker was in the children’s theater course last year, and Loboda is taking it this semester. Even though Loboda is a pre-nursing student, he enjoys the performance arts and thinks they’re important to a well-rounded education.

“I think they did a wonderful job,” Correll said. “This play teaches a wonderful moral lesson for the children about doing your best even if you don’t win and learning not to bully others. They were also able to wind in the classic fable, ‘The Tortoise and the Hare.’” 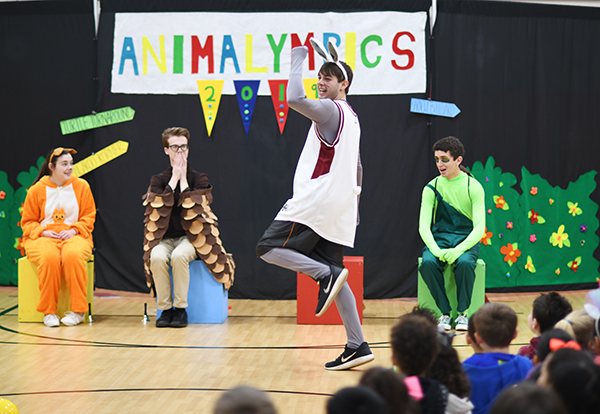 The play features contestants in an Olympic-style competition. Each character has a different personality and different strengths and weaknesses. There is an athletic kangaroo, an intelligent owl, and a turtle, who is a bit of an underdog and doesn’t fit in with the others. The hare is a defending champion who is so confident he’ll win, he joins the competition late.

“It’s cool to see how something you worked on like this impacts children,” said Loboda, who plays the turtle. “It’s interesting to see your work come to life. The response is overwhelming. After the performance, the kids want to come see you and give you hugs. I had one give me a penny the other day.”

Baker hopes to make a career of writing. He also has plans to partner with Loboda to pen other original plays for the children’s theater course.

“The theater here does a lot of amazing stuff,” he said. “Ms. Correll is great, and the plays we perform are always insightful and witty.”

The children’s theater course is open to students pursuing any major. Students are not required to tour but can for an extra one-hour credit.

“I would like to thank Dr. Mary Nielsen, dean of the School of Liberal Arts; Dr. Barbara Tucker, chair of the Department of Communication; and Nick Henry, vice president for Fiscal Affairs for all of their support of this program,” Correll said.