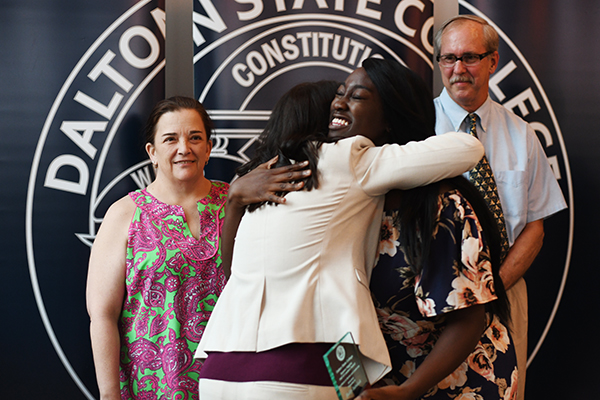 The Spence Higgins Hall of Leaders Award was presented to Kristina Momich, Carolina Gomez, Bukky Subulade, and Morgan Reid. The award is named for Dalton State’s first elected student body president and is awarded to a select group of graduating seniors earning baccalaureate degrees who have demonstrated excellence in campus involvement.

This year’s Jason Ramos Servant Leadership Award was awarded to Cody Oglesby for his involvement and planning in the Constitution Week programming. The award is given in memory of Ramos’ courage and vision to actively advocate for positive change on campus and his ability to empower others.

The Melvyn Ottinger Roadrunner Pride Award went to Sean Cranney. Ottinger was a longtime basketball coach who built the foundation and framework for the birth of Roadrunner Nation. It is given to a student who embodies and exemplifies the true qualities of a Roadrunner – confidence, success, fearlessness, and boldness.

The Truett Lomax Unsung Hero Award is given to both a student and an employee who puts their heart and soul into their work but often goes unrecognized. These recipients work behind the scenes. Chelsea Young received the student award, and Dr. Kim Hays received the employee award. The award was named for Lomax, who was instrumental in raising awareness of the need for a college to serve our community and region.

Four students with two or more years of leadership experience were recognized with the Outstanding Student Leaders Award. They were Alvaro Cortez, Mariela Vazquez, Cristian Peinado, and Rebecca Winkler. 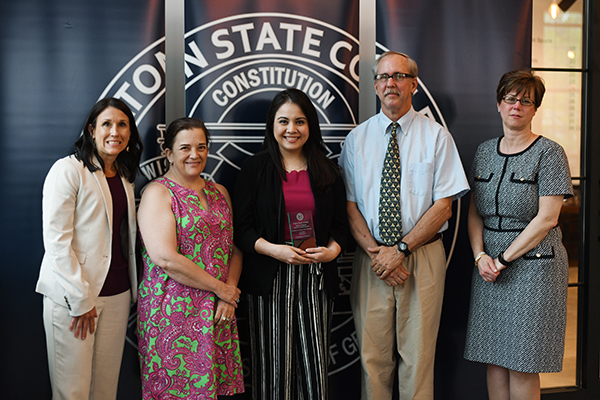 Cortez was also recognized as the Volunteer of the Year for serving more than 100 volunteer hours in direct service to the community. Four students achieved the benchmarks and criteria to receive the Bronze President’s Volunteer Service Award, who are recognized as model Americans making a positive impact as engaged and deeply committed volunteers. These students have completed at least 100 hours of volunteer service to nonprofit agencies. This year’s recipients are Cortez, Vazquez, Logan Huggins, and Bill Rogers.

Three students with less than two years of leadership experience were recognized as Emerging Leaders. Those students were Huggins, Sabrina Benoit, and Caroline Kenemer.

The Department of Social Work earned the Program of Distinction Award for their Make a Difference Day projects. The Diversity and Inclusion Award went to the Campus Activity Board’s Drag Show.

Beta Chi Nu received recognition as Organization of the Year, while Advisor of the Year went to Dr. David Williams who is an advisor to Alpha Sigma Tau. Amber Lesicko was awarded the Tom Deaton Hall of Fame Award for her work as advisor to the Student Government Association and Panhellenic. This award is named in honor of Deaton’s support for extracurricular activities on campus and longevity in his role as Quiz Bowl advisor. The award is presented to a student organization advisor who has served in an advisory role for a minimum of three years.