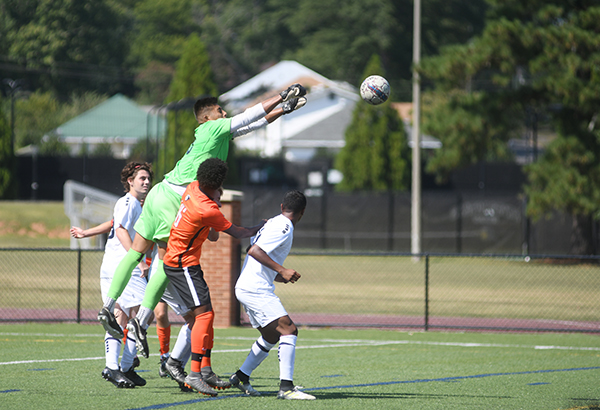 Aaron Fraire is no stranger to soccer in Dalton.

The goalkeeper for the Dalton State Roadrunners men’s soccer team (5-1-1) this season is a Dalton native and was on Dalton High School’s team for their 2015 state championship win and for multiple region titles. He also played in the Dalton Red Wolves - a League Two team in the United Soccer League – during its inaugural season over the summer.

Fraire is a calming presence on the team and is a reliable player, Alsafeer said. He has already been named the SSAC defensive player of the week due to his impressive start this season.

“He’s only allowed two goals in five games,” Alsafeer said. “He’s also had 22 saves in those games. Three games have been shutouts. There’s a big psychological component to being the goalkeeper. I would compare it to being a quarterback in football. When you have a solid quarterback you can count on, the whole team works better together. You feel at ease. That’s what Aaron brings to the field.

“It’s not just about his drive to be a good player,” he said. “But he also knows how to read the game and players. He knows how to be an authority on the field, and you don’t see that often in 18- and 19-year-olds.”

Fraire says he fell in love with playing soccer at a young age. Being on winning teams and working with exceptional coaches is what has pushed him to the level he’s at now.

“Playing soccer has always been an opportunity for me, and I’ve taken it,” he said. “It’s a way I can express myself.”

After graduating from Dalton High School in 2018, Fraire took a year off from school before enrolling at Dalton State this semester. 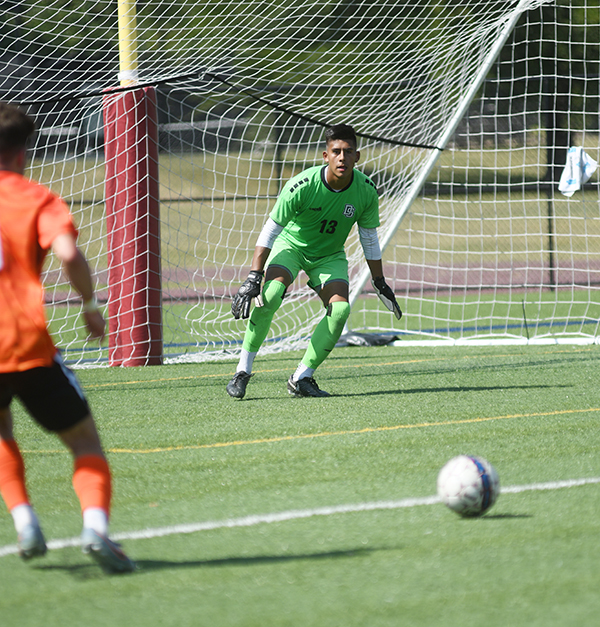 “Education is very important to me,” he said. “My parents value education a lot. They struggled to make ends meet. They came to the United States as immigrants, and even though they’re citizens now, they’ve never had the same opportunities I’ll have. They never finished high school. It means more to me to get an education because of that.”

Playing for Dalton State will give Fraire more opportunity to grow as a player and a student while in a small, close-knit environment.

Fraire is focused and consistent as a player. He has trained extensively with Dalton Red Wolves Assistant Coach David Barrueta. Alsafeer attributes Fraire’s maturity as a player to Barrueta’s guidance.

“The Dalton Red Wolves coaches are college coaches, too,” Fraire said. “So playing for them helped prepare me for college because they all have a similar mindset. College soccer is a lot more tactical than other levels. You have to use your brain a lot more. And for Red Wolves and Roadrunners, the level is higher, and the expectations are higher. It’s some of the best talent in the area.”

“Aaron is hard-working, talented and has a great heart,” Alsafeer said. “He always wants what’s best for the people around him. I think he represents his hometown well. This is the kind of person Dalton produces, and Dalton produces this in all walks of life, not just soccer. If we can find players like Aaron in our backyard, we want them to play here.”

Alsafeer says when the Roadrunners travel across the country playing, they don’t just represent Dalton State. They represent the Dalton community, too.

“We want to be a team people are proud of,” he said. “Every game is the opportunity to show that. The most important thing is for us to stay true to who we are. We value humility, hard work and talent. We work hard to be the best players and the best people we can be.”

Dalton State’s next home game is against Shorter College on Wednesday, Sept. 18 at 7 p.m. at Lakeshore Park in Dalton. Soccer games are free to attend.