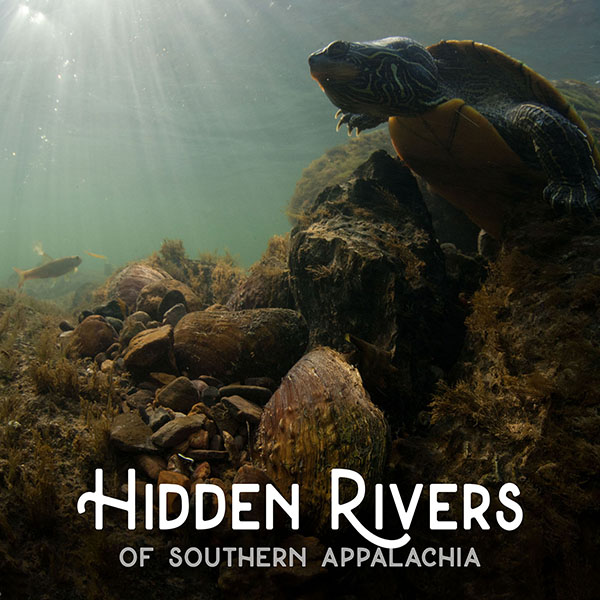 On the heels of the 25-year anniversary of the Conasauga River Watershed Cleanup, Dalton State will host a film screening and discussion about conservation in Northwest Georgia’s waterways.

Dalton State’s School of Science, Technology and Mathematics hosts a free screening of the documentary “Hidden Rivers” on Tuesday, Nov. 5 at 7 p.m. in Brown Center room 205. A pop-up photo gallery that offers vivid visuals of Southern Appalachian native species will be held in the lobby of the Brown Center. Jeremy Monroe, producer and director of the film, will be present for a question and answer session following the screening. This event is open to the public.

Dr. John Lugthart, professor of biology at Dalton State College, organized this event to educate the community about the need for river conservation.

“My main motivation is to help increase the community and student awareness of how special Northwest Georgia is, as well as the entire Southern Appalachian region,” said Lugthart. “There is an amazing variety of species in the streams and rivers of our area.”

Monroe is the founder and director of Freshwaters Illustrated, a nonprofit organization dedicated to raising awareness about conservation of freshwater ecosystems through imagery and visual media. According to Freshwaters Illustrated, this film highlights the importance of environmental efforts and how communities play an important role in protecting these ecosystems.

This one-hour film captures the beauty of the Southern Appalachian region and takes the audience on a journey of exploration of its remarkable aquatic ecosystems. The pop-up photo gallery provides an immersive and vivid perspective of aquatic life. David Herasimtschuk, Freshwaters Illustrated’s photographer and cinematographer, has been named 2018 Wildlife Photographer of the Year and has been published in National Geographic, BBC World, National Wildlife and many others.

“Some who have grown up in this area may not realize how unique our region’s streams and rivers are,” Lugthart said. “We live within a hot spot of biodiversity for the entire U.S. and one of the real treasures is our own Conasauga River.  A film like this will help us better understand extraordinary elements of the Appalachian region.”

The film follows the work of conservation biologists who have explored North America’s most biologically rich rivers and streams.

“The Conasauga and its tributaries are home to thirteen federally protected species and six state protected species. Long-term studies in the Conasauga show declines in the abundance of many species of fish and mussels. It is important to bring adequate awareness to this issue,” said Lugthart. “There is a need for protection and improvement of water quality in our area streams.”

Recently Dalton State College students and staff partnered with Keep Dalton-Whitfield Beautiful and other local organizations in the Conasauga River Watershed Cleanup. Over the past 25 years, approximately 30 percent of the over 6,000 volunteers were Dalton State faculty, staff and students. In total, cleanup volunteers have removed over 131 tons of trash from area streams and the Conasauga.

“Viewing this film will be a great way to conclude the fall events in our community and on campus that have focused on the wonderful freshwater diversity of our area,” Lugthart said. “I hope that members of both our college community and surrounding community will attend this event.”

View the trailer for the film here: https://www.freshwatersillustrated.org/hidden-river