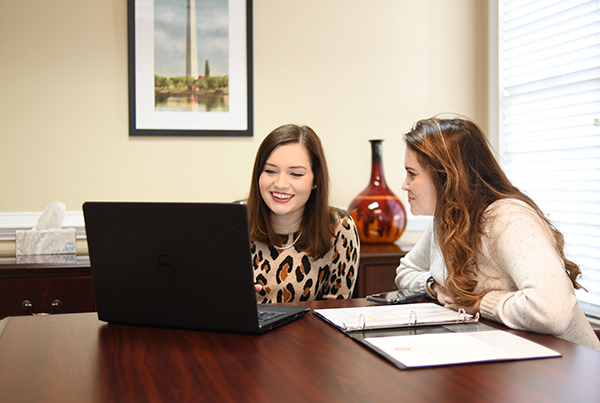 But both led the students to a job shadowing program at the state capital that allowed them to see hands-on how legislation operates, which then led to an internship in Graves’ Dalton office.

The students played an active role in the 14th Congressional District by working directly with constituents on issues that matter to them, such as veterans’ affairs or leadership events for high schoolers.

“I focus my time on interacting and catering to the community in the congressional district,” said Alton. “A lot of things happen in the nation’s capital, that’s a given, but at Graves’ office we are committed to serving the constituents of our district. I really like the care that is shown for the community.”

“I am doing more things than I thought I would be doing at a younger age than I thought I could do them,” Langston said. “At the end of the day, a lot of the things we do are small in nature but lead to many big things. Looking back, I would have never thought being vice president of growth for my sorority, Alpha Sigma Tau would expand my reach to more leadership positions.”

Langston’s involvement on campus helped build her confidence going into her internship which lead to a part-time position in Graves’ office and developed her passion for making differences on her campus and in her community. 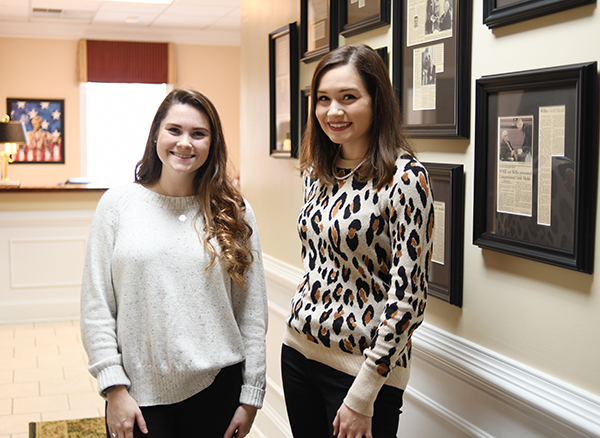 “At first, I was scared to ask my boss to see me as a candidate for the position I now hold, but they offered it to me because they saw my potential and engagement at school,” Langston said. “Answering constituent phone calls gives me a chance to be a part of change in someone’s life. I’ve even been able to help veterans receive their well-deserved medals and offer resources when they feel they are not getting the care they need.”

Alton said the most rewarding aspect of her internship is inspiring others to begin on their own paths to prosperity. She said she enjoyed working on the Youth Leadership Summit, an event hosted this year by Congressman Graves’ office that provided over 500 high school students with opportunities to learn leadership skills from local and national leaders.

“Our office has been very pleased with the performance and work ethic of both of our Dalton State interns this fall,” said Tracey Bartley, constituent services director of Congressman Graves’ Dalton office. “Ashley and Laura are prompt and professional and have been eager to work with our team providing constituent services to Northwest Georgia residents. We have enjoyed having them and are impressed with their commitment to excellence.”

Vallarie Pratt, a Dalton State alumna who now serves as director of Government and External Affairs, said she reflected upon her time as a student to create a program that would expose students to the legislative process and get them involved in government relations. She advocates for higher education as a government relations official in Atlanta and has used her political connections to advance the program.

“Vallarie is vital to students being integrated into political science and brings opportunities we never thought we would have,” Langston said.

“I have always thought of our student body as phenomenal representatives of the values and culture of this area,” Pratt said. “Providing them with opportunities like these will help them grow and be able to create impacts nationally.”