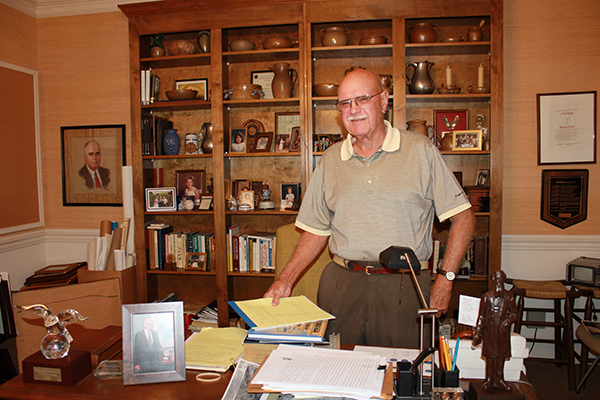 Jack Bandy, a longtime supporter of Dalton State, once said “nothing just happens – good things happen as the result of hard work.”

It was a testament to his life.

Bandy, the benefactor of the Bandy Heritage Center of Northwest Georgia at Dalton State, died Sunday following a brief hospitalization at Emory Hospital in Atlanta after being diagnosed with COVID-19 last week. Bandy was 93.

“As an entrepreneur, investor and philanthropist, Jack’s impact on Dalton is beyond measure,” said David Elrod, director of the Dalton State Foundation. “At Dalton State that impact began when he made his first gift here in 1969, and his generosity toward the college persisted for half a century.”

In 2008, Bandy created an endowment to form the Bandy Heritage Center and the Dicksie Bradley Bandy and B.J. Bandy Chair in History in memory of his parents, pioneers in the carpet industry.

“Mr. Bandy’s generosity and vision in founding the Bandy Heritage Center are true reflections of his life and his character,” said Dr. Adam Ware, director of the center. “His history here is, in so many ways, the story of our community. His successes were our successes. In the brief time I was fortunate to share with him, I valued his kindness, his good humor and his humility. Dalton has lost one of its true icons, and I have lost a friend and a mentor.

“In naming the Bandy Heritage Center, Mr. Bandy sought to honor the lives and careers of his parents,” he said. “In its service to the community, the center honors Mr. Bandy’s own spirit. The stories we preserve – about the ingenuity, entrepreneurship and resourceful optimism of this place and its people – are all stories in which Mr. Bandy played a central role, and we have all benefited from the Dalton he helped create.” 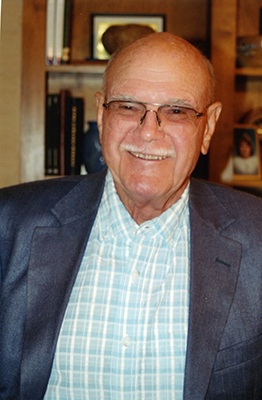 Bandy told Dalton State of his vision and intention for the center in 2008.

“There is a need to communicate the dogmatic creativity and ingenuity of the people of Northwest Georgia,” Bandy said. “What I see for this center is a museum-type space where people can see firsthand some of the artifacts that showcase Northwest Georgia’s history, especially tufting from bedspreads to carpet. And I see it as a place where historians can meet to do research and have outreach to historical societies throughout Georgia.”

Since Ware became director of the center two years ago, he has focused on increasing items in the archives in order to preserve the history of Northwest Georgia. He wants to see Bandy’s vision through.

“I know Mr. Bandy was excited to see the center grow,” Ware said. “We honor the things about this community that Mr. Bandy honored, and our work embodies his enduring desire to shape Northwest Georgia’s future by preserving and sharing its past.”

Bandy was a business leader in Dalton. He had taken over his family’s carpet business after his father died in 1948, and then co-founded Coronet Industries with Guy Henley and Bud Seretean in 1956. Coronet was eventually acquired by Beaulieu of America.

“Nearly every time we spoke, he reminisced about memories from the pioneer carpet industry days,” said Dr. Margaret Venable, president of Dalton State. “Through his memories I caught a glimpse of life in Dalton as it was being transformed into the Carpet Capital of the World. I will remember his sharp mind and quick smile.

“It is an honor and a privilege to have known Jack Bandy,” she said. “His passion for the preservation of the history of our community is clear in his support for Dalton State and conversations about its future. He was committed to his community. He was already an icon. Now he is a legend. This is a tremendous loss not only to the Roadrunner family, but to all of Northwest Georgia.”

“We are honored to be part of Jack’s legacy, and we will strive every day to repay the trust and confidence he placed in us as a recipient of his philanthropy and a beneficiary of his vision for his beloved Northwest Georgia,” Elrod said.