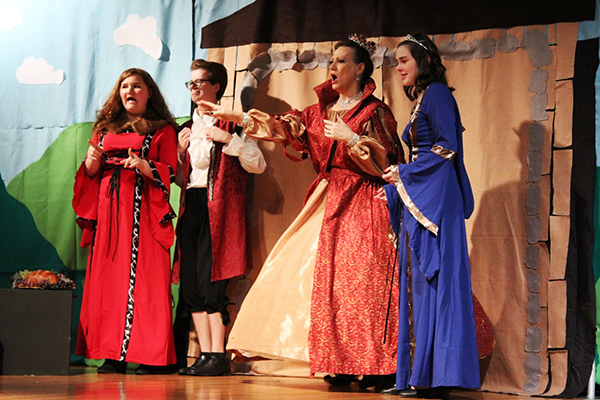 Levi Witt and Katie Lanning learned about adaptability by acting in their sophomore seasons of children’s theatre.

Both actors volunteered with the traveling troupe to bring theatre to local elementary schools in the area earlier this year. The production was suspended when schools closed in March due to the threat of the new coronavirus (COVID-19).

Children’s theatre invites college theatre enthusiasts to combine their skills in set design, acting and versatility. While Lanning and Witt both have taken the class already, volunteering another time was just as enlightening.

This year’s play entitled “Not So Scary” dove into the world of two orphaned sisters who move to a hut in the countryside. The siblings must cope with a monster living in the house and learn that perception is not always as it appears. This selection was written by Jake Baker and Nick Loboda, whose hit play “Animalympics” garnered attention for the Dalton State theatre program last year.

Kim Correll, a lecturer in communications and theater who teaches the children’s theatre course, instructs her students that the art of acting for children is all about being “on your toes.”

“I tell my students that children audiences are the most honest audience you will ever have,” Correll said. “Their response is immediate, truthful and unfiltered. Acting for children is a little different than for traditional adult audiences, but you still need to play the truth and be prepared - even if you are playing a mouse or a frog.”

“I think it is really great to have different acting experience amongst age groups,” she said. “It helps in all aspects in different areas of the actor’s mindset.”

“It’s different,” Witt said. “Kids are more likely to suspend their disbelief. They get really involved, and can be brutally honest, but never waver from being passionate observers.”

Lanning believes it is about putting yourself in their shoes. 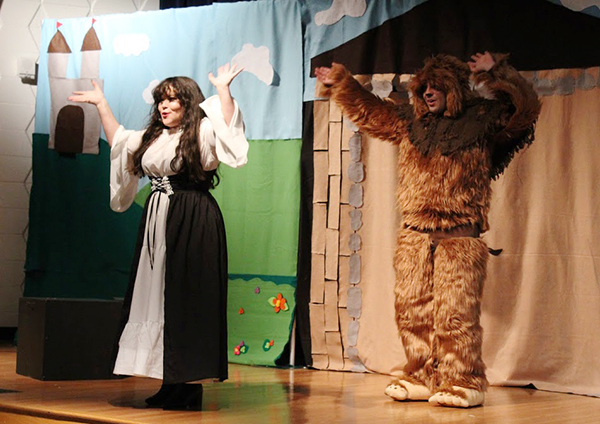 “For writing and performing, you have to think about where they are coming from,” she said.

Acting in a children’s play is different than in plays where the audience is primarily adults. Students who participate in the children’s theatre productions gain a different kind of experience.

“In children's theatre, we break the fourth wall all the time,” Correll said. “Engagement and participation are key in children's theatre. The kids love to play games or sing with you and answer questions. Anything that keeps them part of the show.”

Due to COVID-19, touring came to an abrupt stop. This does not deter Correll’s enthusiasm for future performances though.

“I’d like to figure out a way to make up the shows to the schools that didn’t get to see it,” she said.

Even in the midst of these uncertain times, the strength of the program remains resilient.

“Theatre is such a healing art form in times like these,” Correll said. “My students who participated loved going out and performing together. I know this will pass and things will be better, and we will have an even stronger show next year.”

“Not So Scary” ran 25 minutes and featured Adrian Thompson, Madison Hammons, Loboda, Katie Mae Sponberger, Gabe Aultman, Jaysia Dillon, Lanning, Witt and Correll as key players. Students who were included in the original production but did not tour are Ashleigh Wilson, John Craig and Bailey Tankersley.

“I thank Dr. Barbara Tucker for her ongoing support of this program as well as Dr. Venable,” Correll said. “And, Dr. Mary Nielsen, who has been an avid supporter from day one, Nick Henry, who helps find us funding to build our sets and costumes, and public safety for providing us with the vans for transportation. I also thank the North Georgia Community Foundation for granting us funds to help purchase a sound board and speakers for our tour.

“I encourage any student at Dalton State who might find themselves working with children one day to take the class (THEA 2300) in the fall and consider touring with us next spring,” she said. “It will be a rewarding experience for you. When you perform for children that have never seen live theatre, or who may never have an opportunity to see live theatre, it makes it all worth it!”