Peeples Remembered for Investment in ‘Power of Education’ 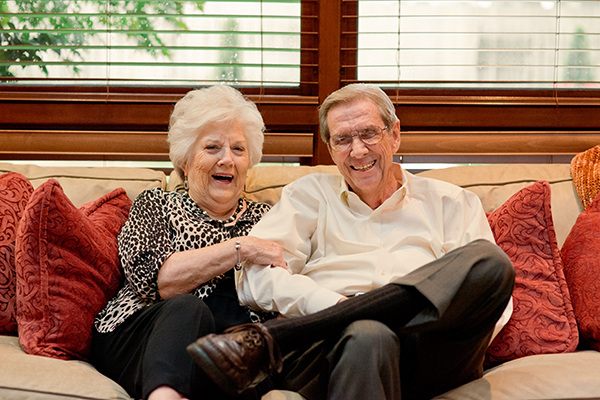 Belief in the “power of education” is what motivated Shelby and Willena Peeples to invest in the students at Dalton State.

“We believe Dalton State has to grow, and we believe that people have to have educational opportunities in order for our community to grow,” said Shelby Peeples in 2014 when the state-of-the-art science building bearing his wife’s and his names opened.

Peeples, a longtime friend and benefactor of the college and greater Dalton area, died Wednesday.

“Shelby did not have a college degree, but what he lacked in educational credentials he made up for in his self-made success in business,” said David Elrod, director of the Dalton State Foundation. “Shelby had a talent for making friends and building businesses, and he did both of those to maximum effect. We are proud he chose Dalton State as one of his friends.”

The approximately 60,000-square-foot Peeples Hall was named for the Peeples following a substantial gift to the college in the 2010s. The building was designed to be a hub for biology and chemistry programs and features space for student research. Peeples Hall is home to a cadaver lab, a lab for endangered turtles and specialized equipment, such as a nuclear magnetic resonance spectrometer and a scanning electron microscope. 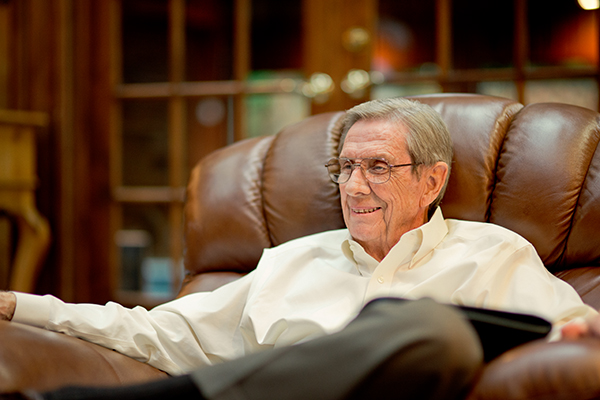 “I am very grateful for the facilities at Peeples Hall,” said Nicole Sanabria, a biology major. “Throughout my college education, I have used the labs in this building. The equipment we have here is preparing me for a career in wildlife biology. I’ve been with the Turtle Assurance Colony for two years, and having the lab for our endangered turtles provides a sanctuary for them. I also often study in the lobby of Peeples.”

“Shelby's and Willena's generosity to Dalton State can be measured in mere dollars, to be sure,” Elrod said. “Or we can take a longer view and consider the ripple effect of the generations of students whose lives will be changed by the learning and discovery that happen in Peeples Hall. We named this building for them in 2014 in honor of their generous philanthropy, but the real investment they were making was in the human capital of our region, knowing that by doing so they were helping to produce our future community leaders and small business owners and educators and young professionals who will propel our community forward.”

The experience students gain thanks to Peeples Hall positions Dalton State students to enter their career or a graduate program ahead of many of their peers. The cadaver lab is one of the few in the country available to students at the undergraduate level, for example.

“Our students are reminded daily of the impact of the Peeples family’s philanthropy and our students will provide a return on that investment for many generations to come because of the state-of-the-art facility and equipment in Peeples Hall,” said Dr. Margaret Venable, president of Dalton State. “These students are filling the employment needs of our community because of the wisdom of Shelby and Willena Peeples.

“I have often thought of Shelby as a sort of ‘godfather’ to all of us in the Greater Dalton community,” she said. “He prioritized giving back to the community and that included the individual people in our area. He and Willena both invested time and energy in developing their relationship with me and I gained a great deal of wisdom from conversations with Shelby. I am proud that Dalton State is part of the legacy left by Shelby.”

“Shelby was one of our best recruiters,” Elrod said. “He would be somewhere in town and meet a young college-aged student. He would ask them about college and would promote Dalton State as a quality choice. Word would invariably get back here that, ‘Mr. Peeples told me I should look into Dalton State.’ He was an ambassador par excellence.

“Shelby had been ill for some time,” Elrod said. “This was the call I had hoped would never come. But it does come, for to everything there is a season. Shelby had lived to the fullest the life granted to him. We can all hope to be so lucky. We can see the future here at Dalton State because we stand on the shoulders of giants like Shelby Peeples.”