Dalton State, City of Dalton to Honor the Legacy of Tony Ingle 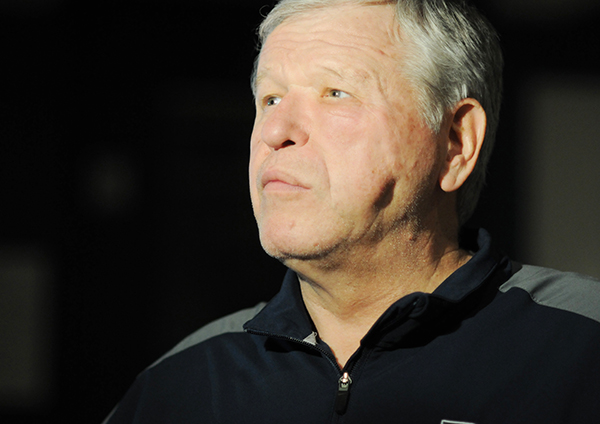 Dalton State College and the city of Dalton are partnering to honor the legacy of the late Tony Ingle, former Roadrunner basketball coach.

There will be an event to honor his memory and celebrate his life on Monday, April 19 at 11 a.m. at the Dalton Convention Center. The college will announce a memorial scholarship, and the city will rename a road in memory of Ingle. All who were touched by Ingle’s life are invited to attend the ceremony. Masks and social distancing are encouraged.

“I am glad we can partner with the city of Dalton in recognizing a hometown hero,” said Dr. Margaret Venable, president of Dalton State. “Friend to everyone, comedian and inspirational speaker, leader in his church, and of course our basketball coach, Tony Ingle is someone we all celebrate.”

Ingle led the 2015 Roadrunners to a national championship in the team’s first year of eligibility after the revival of athletics at the college. Ingle served as head coach at Dalton State for nearly six years before retiring in 2018, having built an impressive 134-33 record during his five-season run. He led the Roadrunners to two conference championships in addition to the 2015 NAIA National Championship.

“Number one, it’s unusual for a community of any size but especially of our size to win a true national championship and it was done at a time when Dalton was going through tough times and that championship really made our community feel good and feel proud,” said Dalton Mayor David Pennington. “And Tony really represents the best of our community. He came from very humble beginnings and he rose to accomplish great things and he was able to finish his career here.”

Ingle was a motivational speaker, an author, active in the Church of Jesus Christ of Latter-day Saints and was known for his inspirational – and often, comical – sayings.

Ingle was recognized for his ability to teach young men, not just on the court, but how to be better citizens and upstanding men.

“Basically, what we’re doing is teaching these men to live life through a game,” Ingle said in a 2018 interview. “The game of basketball is something they love, and we can teach them principles and how to be an outstanding leader through that.”

Ingle, a Whitfield County native, had been a Roadrunner for many years prior to his successful stint as head coach. He played for what was then Dalton Junior College under Coach Melvyn Ottinger from 1971-1973. The team won state and regional junior college championships. He previously played for North Whitfield High School.