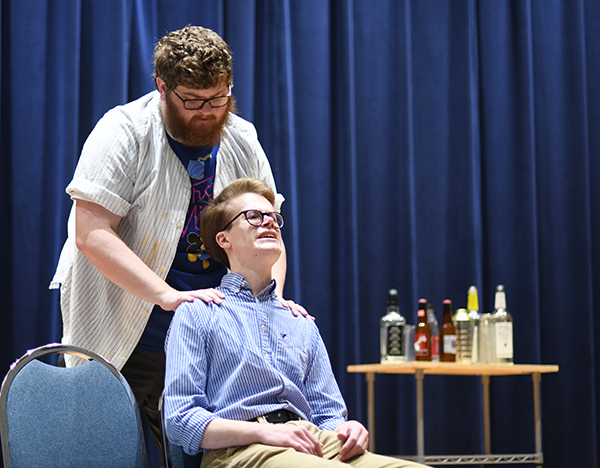 Theatre students at Dalton State are ready to bring the next play to life, a comedy to provide an escape.

Dalton State’s Department of Communication, Performing Arts and Foreign Language presents Neil Simon’s “The Odd Couple” Nov. 17-20 at 7:30 p.m. in the Goodroe Auditorium on campus. General admission is $8, and tickets can be purchased through Eventbrite.com or by emailing kcorrell@daltonstate.edu. Tickets are free for those with a current Roadrunner ID.

“Theatre is a reflection of who we are, which makes it relatable,” said Kim Correll, director and assistant professor of communication and theatre. “We decided to only do comedies this year because of all the sadness and trauma the last two years have brought to so many. Theater should be a place to come and escape and get caught up in the world of that play, or musical, if only for a couple of hours.”

“The Odd Couple” is set in New York City in 1965 and centers around the uptight Felix Unger and the easy-going Oscar Madison. Felix is separated from his wife and is forced to move in with Oscar who is divorced. With the combination of personalities, the conflicts are waiting to happen.

“The students are having a wonderful time with this production,” Correll said. “I have some Dalton State theatre regulars in the show, and also a few new faces. The students devote a great deal of their time to the show with rehearsals, learning lines, helping with the set and more.”