Dalton State adjunct faculty member Ryan Reece, who teaches dual enrollment English at Northwest Whitfield High School, will screen his film “Illation” at Dalton State’s Goodroe Auditorium in Gignilliat Hall on January 19 at 6 p.m. The event is free and open to the public. Reece will hold a Q&A after the screening. 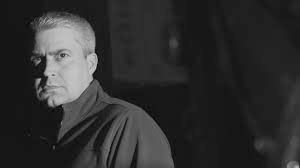 Reece completed an MFA in Nonfiction Screenwriting at the University of Georgia in 2016. He was able to gather a crew of other filmmakers in the Chattanooga/Northwest Georgia area to shoot “Illation” in 2020.

His screenwriting class, taught in the evening during the summer semester, is also available for college credit.

“It’s a great course for anyone interested in writing or film,” said a student who attended the class. “It pushes you creatively and gives you ‘real world’ experience in writing on a deadline and a table read.”