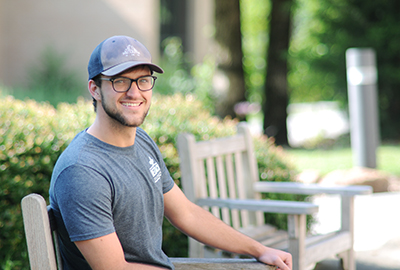 Why did you choose Dalton State? Other schools were too expensive, and the education program here is well regarded.

Who is/was your favorite professor and why? Richard Collison, chemistry professor, is absolutely my favorite. I have met some interesting and intelligent educators in my time at DSC but he was my favorite. Take his class and you’ll see. I had him for four different classes.

What activities are you involved in on campus? I was in many RSOs but mainly served Delta Chi, SGA as well as some side projects for orientation and the admissions office. I played intramurals, game room staff, I tried my stand-up comedy at open mic nights, and I had a way of finding free pizza at others events.

What are some of your biggest achievements or accomplishments at Dalton State? Passing edTPA was special, winning ‘Most Clumsy’ – in the 2016 Greek Olympics was special too.

What are some of your favorite activities in and around Dalton? Flag football, hanging out with friends on campus, and playfully annoying the workers in Student Life as well as the admissions office.

What is your best memory so far as part of the Roadrunner Nation? I won a scholarship for being an outstanding student leader my junior year. I had never really thought of myself as a leader until then. It meant more to me than I can convey. 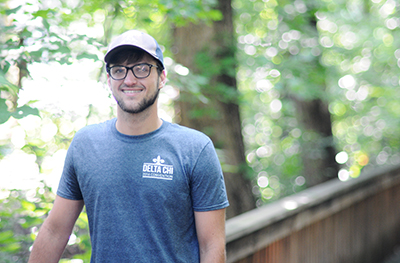 What is the last book you read? “Clash of Kings: A Song of Ice and Fire”

What’s on your iPad? An extensive iTunes library with over 3,000 songs and a photo album filled with great memories and memes from the last five years.

If you had a theme song, what would it be? Something synth pop. If you watch ‘Kung Fury’ on Netflix, something along the lines of the opening song.

Favorite Quote? “Don't let your dreams be dreams. Yesterday you said tomorrow. So just do it” – Shia LaBeouf

What is your guilty pleasure? Adult Swim shows and Game of Thrones lore/theories

What cheers you up? Memes, disc golf, and showing people pictures of my dog.

Who is your hero? I’m a mama’s boy. She’s my hero. Next is Marvel’s Blade. 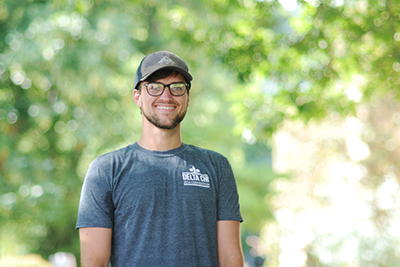 Who would play you in the movie version of your life? Someone who is way better looking and embodies the life I live as an ENTP: A young Matthew Perry.

What is your favorite childhood memory? Two of my classmates in second grade were getting ‘married’ during recess under the great white oak. When they asked if anyone objected I spoke up. I stole the bride, and that’s how I got my first girlfriend (for a day). It’s such a vivid memory for me.

What is your favorite app? Social media, follow me @colburr

What did you want to be when you were a kid? Different.

What does it mean to you to be part of the Roadrunner Nation? Roadrunner Nation to me is a melting pot of different types of people and experiences. I’ve learned a lot from this mosaic community, and I’m proud to be a part of it.