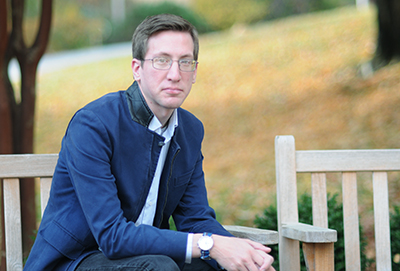 Why did you choose Dalton State? Dalton State was extremely affordable, offered the degree I needed, and it helped that it was already in my own familiar base of operations.

What did you do after graduation? I went to Asia, to put forth my seven-year plan in gaining foreign relations experience, saving money, and paying student loans.

What other degrees have you obtained? I am endorsed with nationally recognized International Education Certificate from DSC.

Where do you work now? I am an ESL teacher in ZhengZhou, in the Henan Province of China.

Who was your favorite professor and why? Dr Baogang Guo. Through him I gained the necessary connections and information to move forward in everything. His Traditional Chinese History class was interesting, too.

What activities were you involved in on campus? I used to be in theater, I loved that. But I had to look to the future so my main job was promoting and working at the Center for Internation Education. We try to send students on as many study abroad trips as we can, and help raise awareness for the international world.

What were some of your biggest achievements or accomplishments at Dalton State? I had the privilege of being the first one of two exchange students to go to South Korea. I stayed for a whole year, and rose in the ranks of management very quickly in a company. I found out the potential distance I can go. 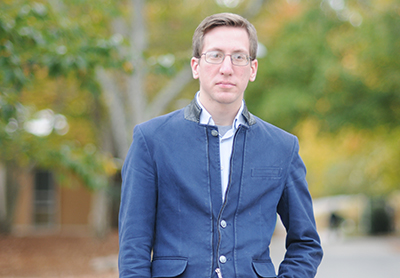 What were some of your favorite activities in and around Dalton? In my downtime I enjoyed playing with a standard deck of playing cards with friends; I upgraded to Heroclix in my senior year.

Where was your favorite study spot? The Center for International Education, Room 310 Liberal Arts. It’s relatively unknown for some reason. It’s spacious, I can eat in there, and be as loud as I want. Think of it as one of the library’s study rooms with windows, but on steroids.

Where was your favorite hangout? Either the Pope Student Center, or room 310 Liberal Arts.

What was your best memory as part of the Roadrunner Nation? When I was involved with DSC’s showing of Arabian Nights

How did being at Dalton State change your life? After the economy collapsed in 2009, my only source of income for a long while was financial aid and student loans. If DSC wasn’t here, I would have dropped out of college long ago for survival. My life would be vastly different and without a BA for sure.

What is the last book you read? “The HitchHiker’s Guide to the Galaxy Compendium,” all five novels by Douglas Adams.

If you had a theme song, what would it be? “Burning Bridges” by the Mike Curb Congregation

Favorite line from a movie? “You see there are still some faint glimmers of civilization left in this barbaric slaughterhouse that was once known as humanity.” 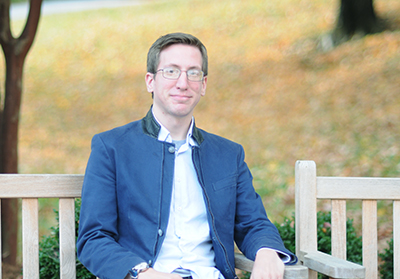 What do you feel most proud of? Probably meeting the Dutch monarch. It’s not the president, but Europe is cool right?

What is a skill you’d like to learn and why? How to build my own house from a forest.

What cheers you up? Whatever clears my head, strolling or driving around Northwest Georgia is very beautiful. I’ll miss that immensely.

What is your favorite book? The Fantastic Mr. Fox

Who would play you in the movie version of your life? Myself. But as a stop motion clay-figure.

What is your favorite childhood memory? Playing Dynasty Warriors 3,4,5, with my two best friends.

If you could go back in history, who would you like to meet? The first Whiddon to be in America has an unknown father. My family and I are really frustrated with this gap in the records.

What does it mean to you to be part of the Roadrunner Nation? Many students at DSC are non-traditional students. That means this great college is under a variety of students that can’t get the things they need done unless they come here.