In case you haven't noticed yet, Dalton State is crazy about turtles. Not only are we part of the Turtle Survival Alliance, which works to save endangered turtles from extinction, but we conduct turtle surveys every summer in and around the wetlands at Lakeshore Park in Dalton. 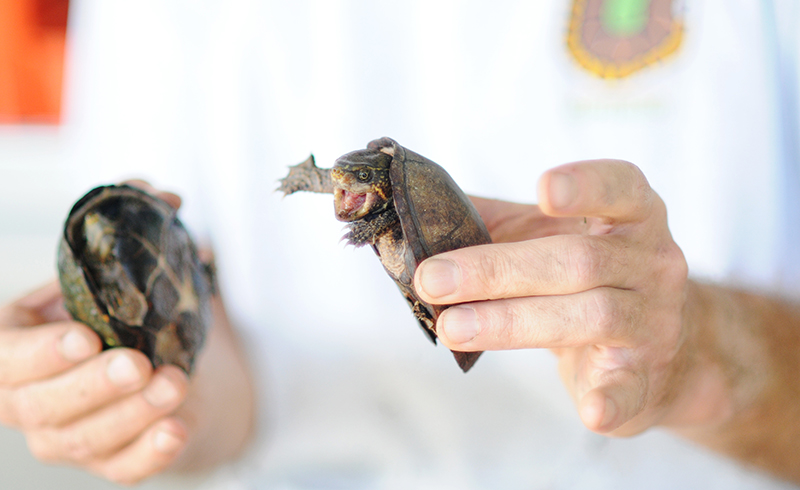 And really, who doesn't love turtles? (Look at this little bundle of personality!) 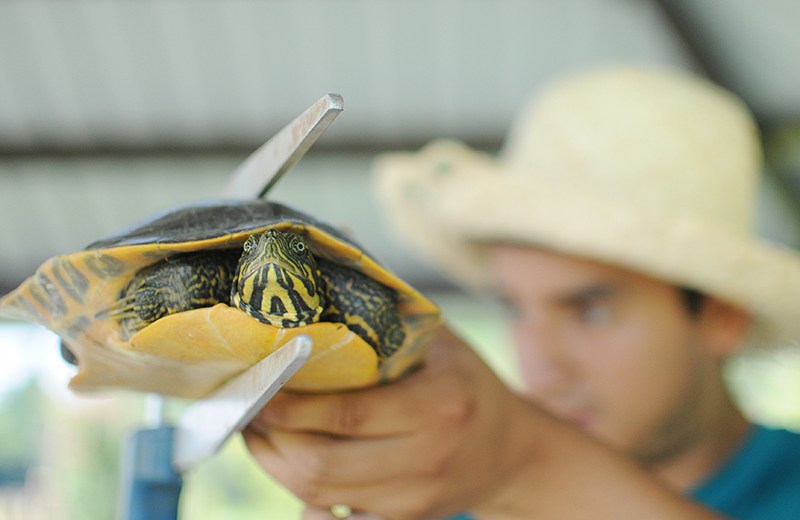 Several species of turtles live in and around these wetlands, which are currently undergoing a restoration and preservation project. Led by Dr. John Lugthart, professor of biology, and Chris Manis, a part-time instructor who leads reptile research on campus, the surveys will give us an idea of what life is like in and around the wetlands. Turtles are weighed and measured, and researchers note their sex, as well as any injuries. The turtles are then marked and re-released. Marking the turtles involves filing notches in their shells, and it is similar to filing fingernails. So it does not harm the turtles. 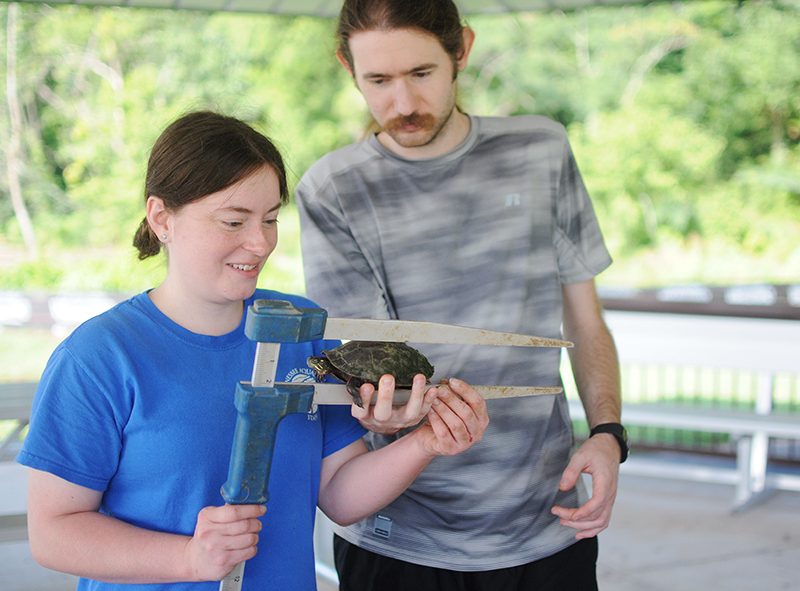 The project gives our students experience as wildlife biologists that cannot be found in a classroom or a traditional lab. They learn how to humanely capture and handle the turtles, a skill that can be applied to several areas of research in their careers. 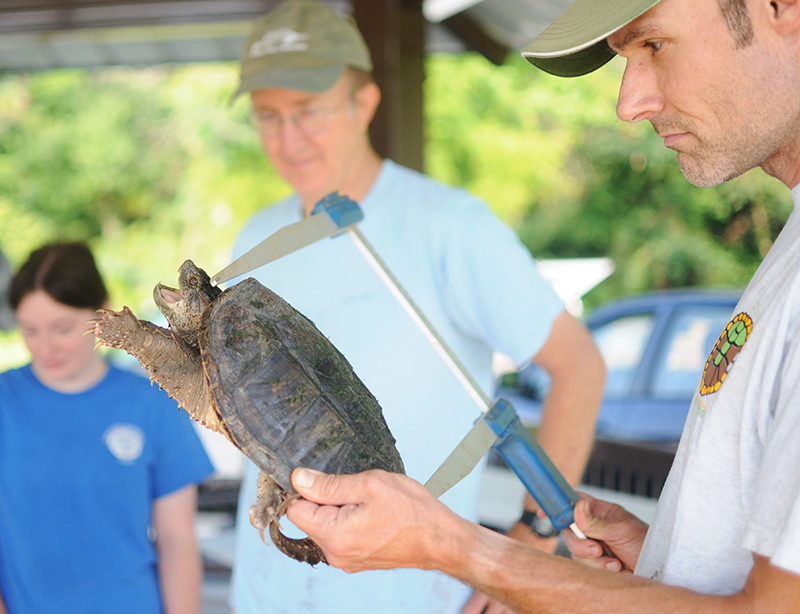 The restoration work includes measures to prevent further erosion and make the area healthier for plant and animal life. The lakes have been drained and the wetland water level is lower. More turtles seem to be concentrated in the deeper pools. The turtle population this year will likely reflect the disturbance in their habitat - meaning fewer turtles than in previous years. But that should turn around when the work is complete. 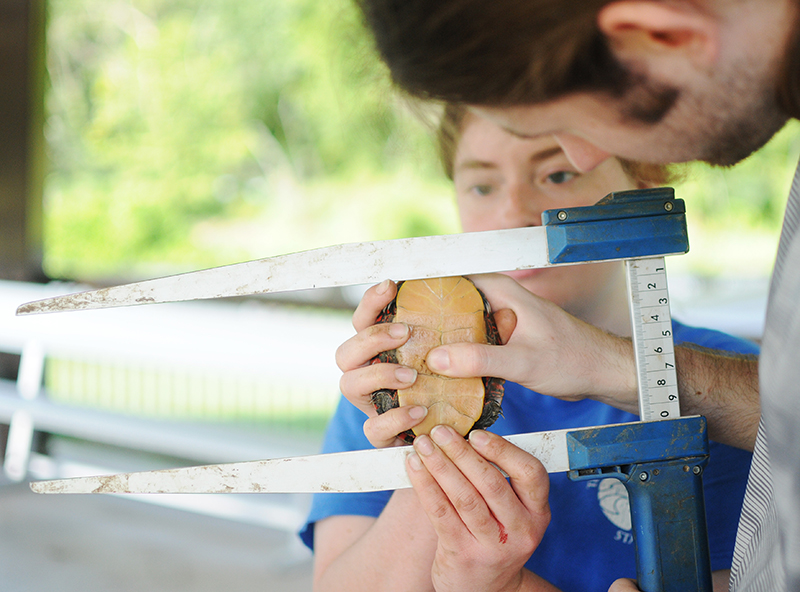 Dalton State cares about the community and the environment. It's a project we're proud to be a part of!