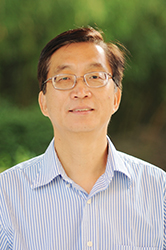 Dr. Baogang Guo was recently recognized as one of the 25 Most Influential Asian Americans by Georgia Asian Times.

Guo, a professor of political science at Dalton State, was honored by the newspaper at a gala in Duluth recently for Asian American Heritage Month. He was chosen out of 180 nominees for the award. Nominees must be outstanding Asian American individuals “who have exhibited character necessary to lead, inspire, and challenge, and to influence.”

Guo has a track record of promoting international education in Georgia. He has co-directed the University System of Georgia’s Asia Council’s flagship study abroad program—Summer Study Abroad in China—General Studies Program since 2005. This program has taken over 400 students and faculty members to China.

He co-developed a faculty seminar with a $65,000 grant from U.S. Department of Education. Fifteen instructors from Reinhardt College, Clark Atlanta University, Young Harris College, Berry College, Dalton State, and Cherokee and Pickens County Schools participated in the four-week seminar. In 2007, he co-developed the USG Asia Council Faculty Seminar in South Korea and China. In 2013, he helped organize the USG Asia Council’s Workshop on Teaching Asia. He was the inaugural recipient of the USG’s C. Tracy Harrington Award for Promoting International Education in 2006. 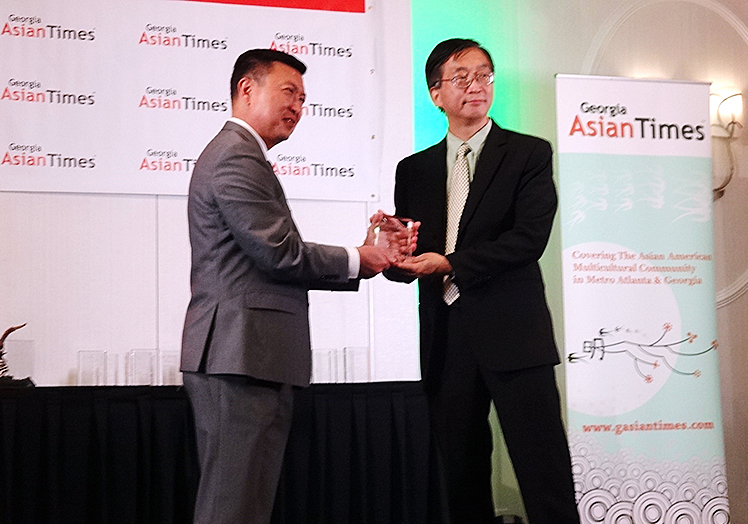 Guo is an accomplished scholar. He has authored or co-edited 10 books, including China’s Quest for Political Legitimacy: The New Equity-Enhancing Politics, numerous peer-reviewed academic journal articles, and many conference presentations. He served as president of the Association of Chinese Political Studies. He has presented many keynote talks or guest speeches, including at the National University of Singapore, University of Copenhagen, University of Duisburg-Essen, Georgia Tech, Emory University, Dalton Rotary Club, and Atlanta Chapter of the US-China People’s Friendship Association. He is a research associate of the China Research Center in Atlanta and received the Faculty Award for Excellence in Scholarship from the Dalton State College Foundation in 2011.

The selection committee noted that “Dr. Guo is one of those rare professors who seamlessly blends scholarship, teaching, and student engagement, leading to substantial impact on Georgia’s students, communities, culture, and economy.”