*Note: Content in this blog post originally appeared on the Dean of Student's Facebook page. This is part two of a two-part series featuring first-hand accounts of students' experience during this year's Alternative Spring Break trip to volunteer in a Ronald McDonald House in Los Angeles, Calif. and Family Pals for the Painted Turtle's Family Weekend Camp in Lake Hughes, Calif.  Both projects focused on chronic and life-threatening illnesses.

If I had to describe this day in one word it would be... just kidding I can’t describe it in one word. Here’s a few: unforgettable, amazing, eye-opening, gratifying, and I could go on for a looooong time but let me just tell you about it and you can pick a word for yourself. 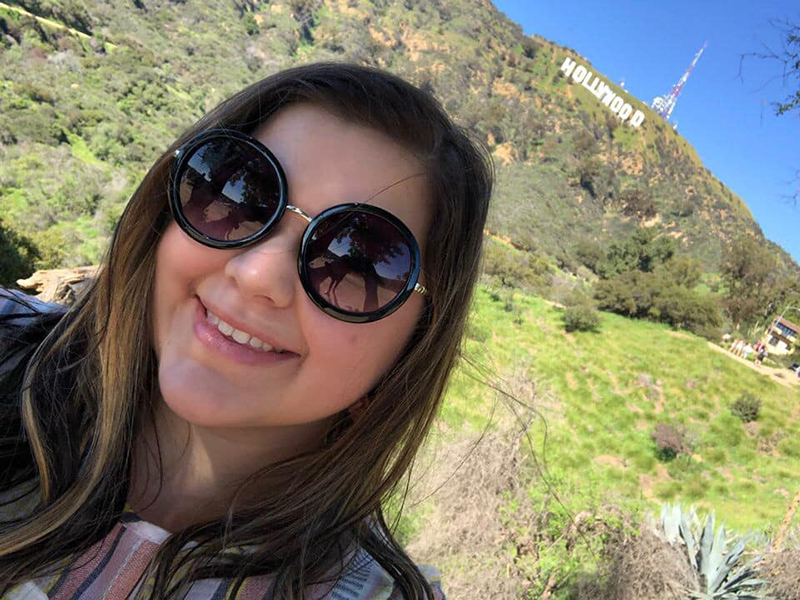 So my day started at 8:30 this morning. The weather was AMAZING! 81°, not a single cloud in the sky, and there was even a light breeze to keep us cool. This California weather, y’all, they are not exaggerating when they say it is the best! I met my camp family for breakfast and a dance competition in the dining hall, which I did NOT win by the way.

After breakfast, we hit the ropes and zip line course. My sweet little camper was so scared because since she is diagnosed with spina bifida she doesn’t have great control over her ankles and feet. So, understandably, having to climb up a rope web to a zip lining platform 30 feet above the ground was very intimidating. She was very overwhelmed by the time it was her turn, and she did not want to do it at all. But, with encouragement of myself, her mom and siblings, and other campers, she climbed the ropes like a pro and zip lined down!

One of our mottos here at camp is “try new things and never stop” and so it was no surprise to me later on in the day when my camper was asking me if she could go BACK to the ropes course, even though it overwhelmed her earlier, because she was so proud of herself for doing something that she was previously nervous about. I was so so so proud of her for trying new things and leaving her comfort zone. She was so brave, and I loved every second of being there to cheer her on!

Then we went off to do some adventuring! We paddle-boated around the lake here at The Painted Turtle and saw a ton of ducks, we made like 1,000 paintings in the arts and crafts room, we played an intense game of Jenga, we had a spa day (during which my camper informed me that I look like Belle from Beauty and the Beast (uhm I wish?!?!) and since I was wearing a yellow shirt like Belle she wanted to do my hair like Belle...SHE DID SUCH A GOOD JOB) and then we headed back to the family cabin for a cabin party full of board games before sending them off to bed! 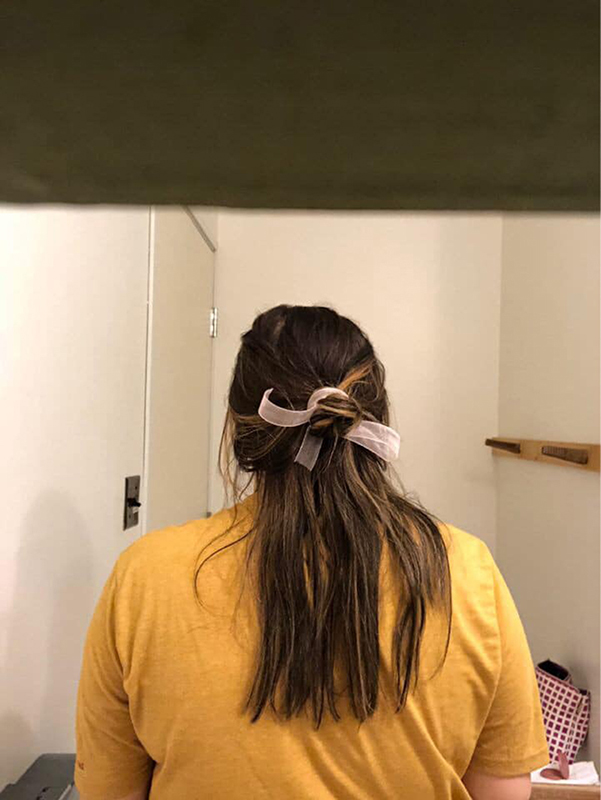 This whole weekend at camp has been eye opening for me because I’m a nursing major, and I always felt like I wanted to work with children but I wasn’t completely sure. I worked at a daycare for a little while, and it actually scared me away from my (literally) life-long dream of working in a pediatric unit. But being at The Painted Turtle has proved to me that this is, without a single doubt, what I was meant to do. The energy, the inclusivity, the love, the optimism, the innocence, just every single aspect of every single thing about working with these kids makes me want to stay here and soak it up for the rest of my life!! I have never felt like I truly belonged somewhere more than I do while being a cheerleader for these amazing children and families. I am unbelievably grateful for the experience I have had this weekend because it has brought me so much peace and happiness from not only connecting with my camp family and having an awesome time with them, but also for reigniting that spark in me for my future peds-nurse-self that I thought I lost touch with. 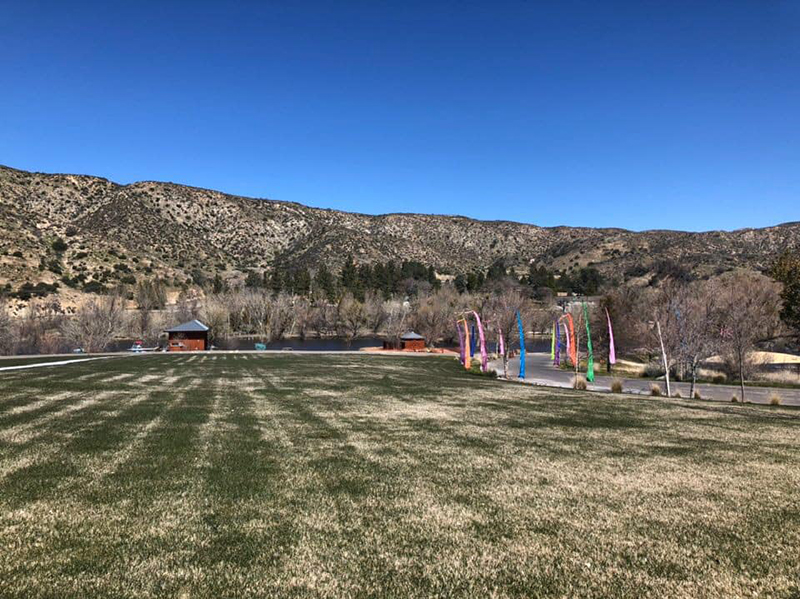 Anyways, I’m out of here so I can rest up for new memories tomorrow!

When the day started, I had no idea I would be part of a beach cleanup that included me picking up 1,200 pieces of trash. I also had no clue I would spend half of my day riding in Uber rides, then looking like a good ole fashioned Southern that had no idea what they were doing in Beverly Hills.

The beach cleanup was pretty cool. I learned a lot about how the beach gets polluted through the storm drain in LA. It’s basically a big cycle, the trash goes from the streets, to the drain, to the beaches. I ended up seeing that the beach is polluted with needles, plastic, and so much more that I would have never even thought of. 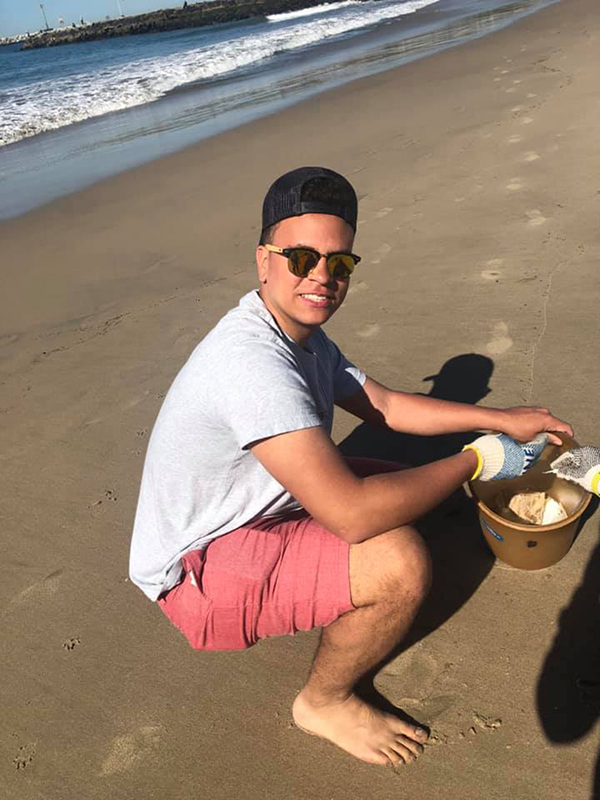 I should probably mention the people that tagged along with me on my amazing adventure, Mariela and Becky. The two coolest, shortest, angriest, funniest people on the trip. They helped make the stressful day feel not so stressful. Becky was pretty good at picking out restaurants. We went to this Mexican restaurant and Mariela helped Becky and I not look like idiots when trying to order, we made a pretty good trio.

After the beach, we spent the rest of the day riding in Uber’s, because like I said, we’re crazy Southerners that had no idea what we were doing. We probably could’ve bought a house up here with what we spent on Uber alone. It was pretty fun though. We got to meet interesting people and see a lot of the city. I guess in the long run, yesterday was pretty fun.

Today was both a good day and sad day. We said goodbye to our campers and shared memories with each other that I will never forget. It was a good day, because I felt apart of something great, and I got to make memories that I never knew I’d make. 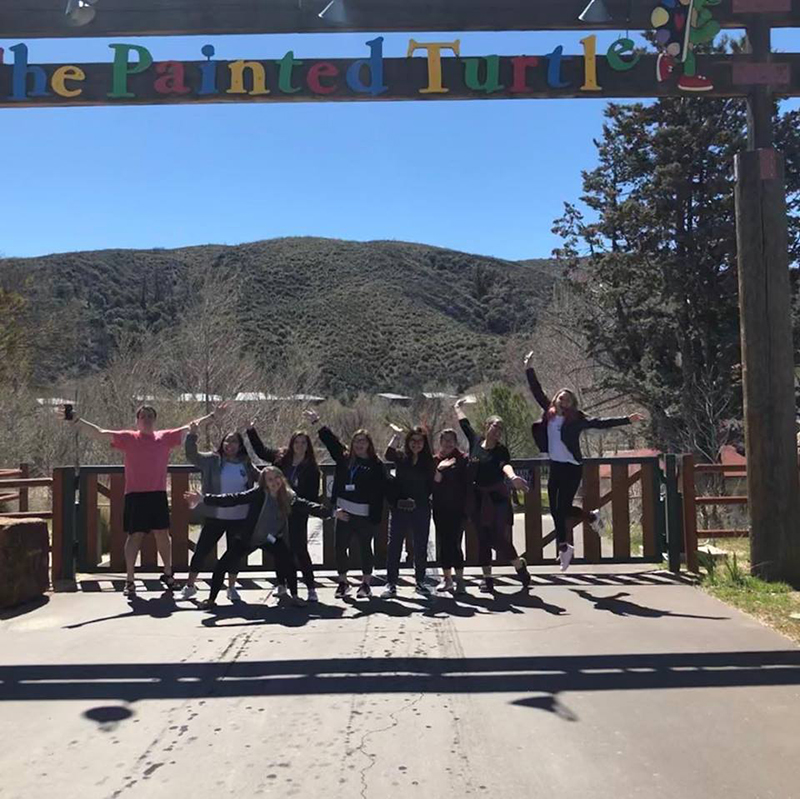 And let me just say — I do not regret it for one second. In fact, I wish I could’ve stayed longer. It’s also a sad day, because I am leaving my new favorite place. 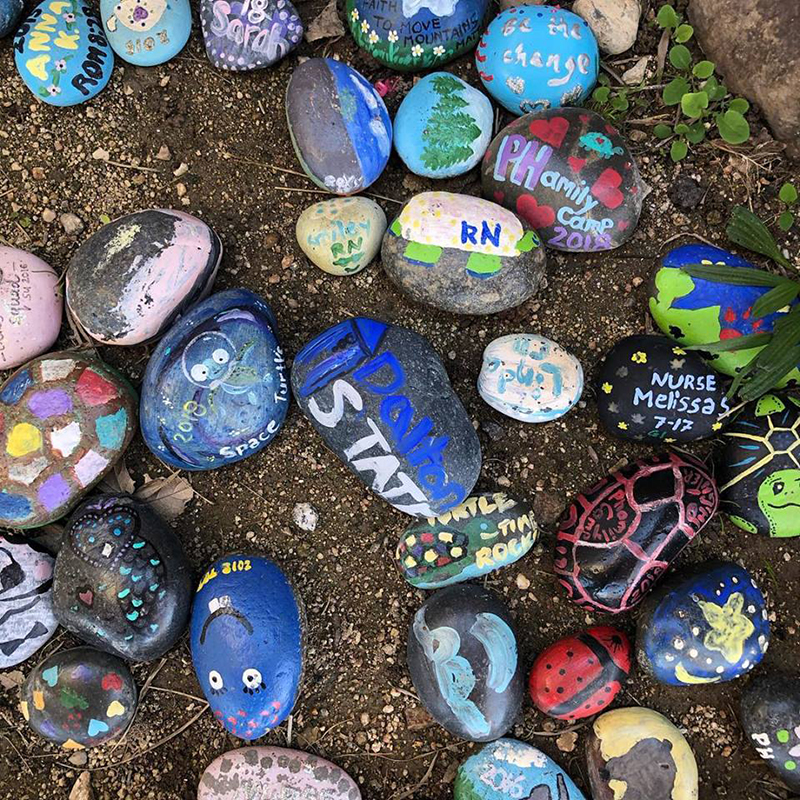 From solving the big mystery to our goodbyes, the day was filled with nothing but happiness and unity. Giving medals to our families and telling them the meaning behind it was heartfelt and quite the tear-jerker, and when we were saying our goodbyes, I had tears in my eyes and a lump in my throat the entire time. As the distance between the camp and I grew, all the memories started flooding in. 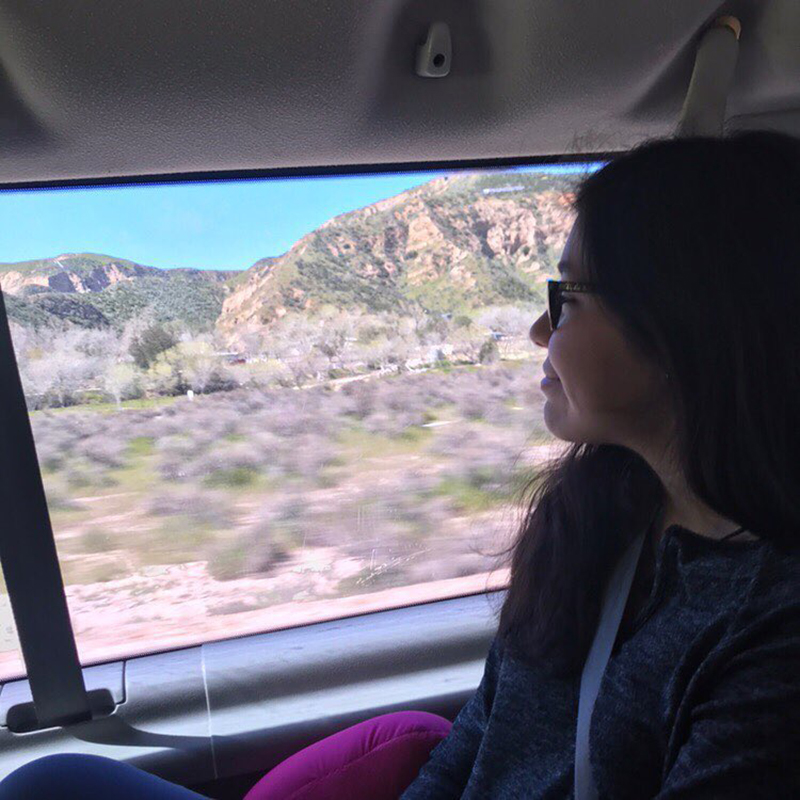 I will hold these memories forever, and the campers and families will always have a special place in my heart.

Preparation for this trip was more difficult than I expected. I was co-leader for this year’s Alternative Fall Break, so I had an idea of what was expected from a site leader. However, what stressed me out the most was planning a fundraiser to subsidize the cost of the trip. It was stressful because it affected all participants, so I did not want to disappoint them.

So many aspects of this trip made me nervous. I was anxious about the trip for months once my position as a site leader was finalized. All I could think about was meeting all the participants, leading group reflections, and being a leader in a different state. The pre-departure meetings were nerve-wracking because I was afraid that my group would not like me or think that I was too shy to be a site leader. I had to get out of my comfort zone from the start. Sometimes, it was hard for me to be nervous about being a site leader being I was nervous about other firsts such as being on a plane, going to California, and being away from home for so long.

Of course, there were aspects about being a site leader that excited me. I had the perfect chance to improve my leadership skills as well as practice talking in a big group (which I still struggle with). Being part of planning excited me because I learned the do’s and don’ts. It excited me because I knew that I would do better as a site leader if I was chosen again in the future. Finally, although I was nervous to meet the participants, I knew I would connect with them in some way during the trip because these trips are meant to bring everyone together, especially through group reflections. 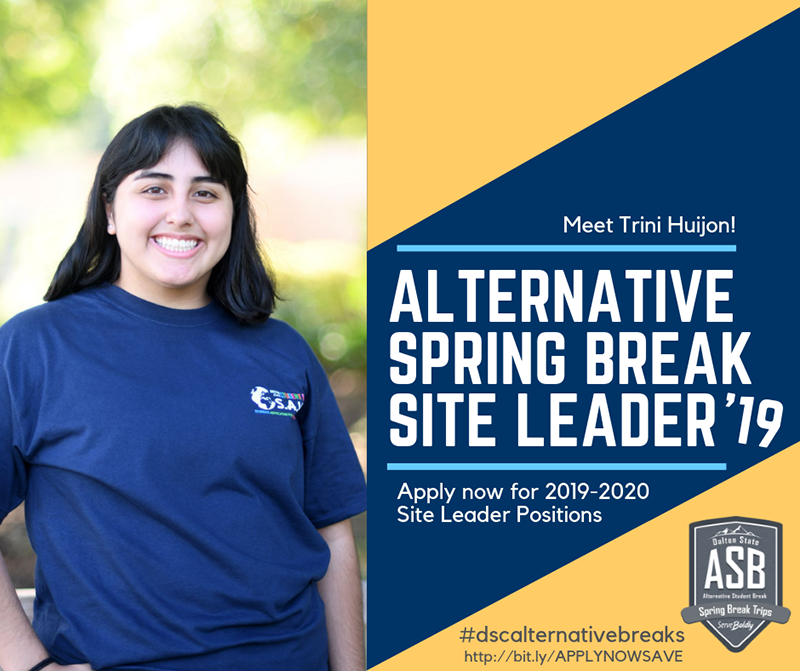 Overall, the trip went better than I was expecting. Reflecting back on this trip made me realize how lucky I was to have been presented with this opportunity. Since it was my first time as a site leader, I know there are things I can improve on. At times, I wanted to be just be a participant so I would not have to worry about little details. However, I know that I was chosen because someone saw potential in me. If I was given a chance to be site leader again in the future, I would definitely take it as it was a unique experience for me.

-Trini Hujion, a junior nursing major at Dalton State. Trini is a member of SAVE and served as the student site leader for the Alternative Spring Break Trip.

A week upon the departure of the trip, I was feeling many mixed emotions. I was nervous because of how soon the trip was approaching and the logistics I was not completely sure about. I was not able to attend the meetings and meet the participants which made me feel out of place and unfamiliar with them. What was making me nervous at the time immediately changed once we were all together at the airport. I started the week out with people I did not know and ended it with close friends!

I was excited to be doing service beyond my community. I wanted to be able to see how social issues diverge among different communities. I was thrilled when reflection time would come, I was able to work with all while sharing the same interests. I enjoyed serving as a site leader because it allowed me to strengthen my leadership skills and gave me the opportunity to serve others. 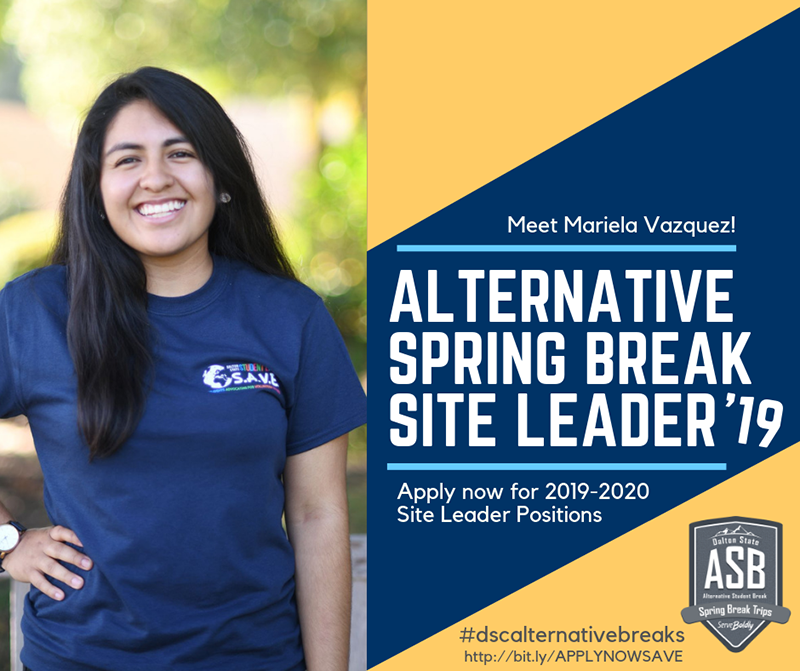 Since my first Alternative Spring Break trip in Florida, I have been passionate about ASB. After this ASB my feelings have strengthened. My experience this year was immensely gratifying and impactful. I was able to visit a new state, make new friends, and make a difference by doing what I love the most, volunteering. Through the memories and experiences, I cannot imagine another way I would've wanted to spend my spring break this year!